Welcome to the Costa Fortune! Holiday homes in the UK are booking up fast, and prices are higher than last year. You’ll pay a premium for these beauties – but they’re worth it

One balloon bursts and another rises into the sky. Yes, Boris’s ‘red list’ of quarantine countries has put a halt to many families’ hopes of an Easter getaway, but that opens the door wide for holidays within the UK once the shackles are off.

With tens of thousands of gorgeous cottages, country boltholes and seaside villas to choose from, it’s the perfect opportunity to make the most of everything Britain has to offer — whether you’re escaping as a family, or planning a romantic retreat.

The only trouble is that everyone has had the same idea, with this week seeing a steep rise in the number of bookings. 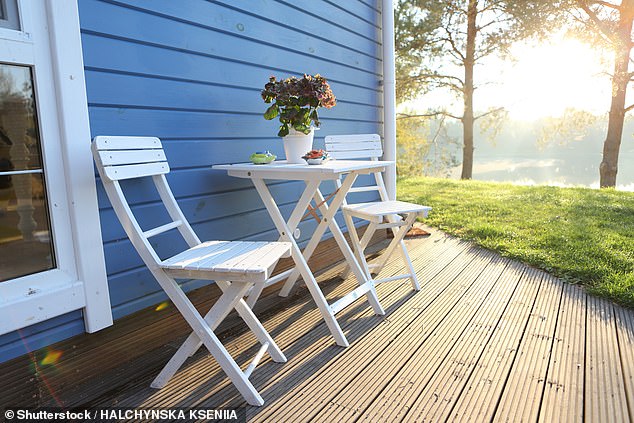 This week, there has been a steep rise in the number of bookings for UK holiday homes

UK booking website Sykes Holiday Cottages reports a 78 per cent increase in summer bookings, while holiday search engine Holidu says domestic bookings in July are up 71 per cent compared to the same period last year, with August bookings soaring by 94 per cent.

And property owners, many of whom have suffered massive losses — due to travel restrictions, the rule of six and three national lockdowns — might be forgiven for seeking to make the most of high demand in order to recoup their losses by increasing their prices.

So book with caution. According to Holidu, the price of domestic holidays has risen by a whopping 39 per cent in July and 28 per cent in August.

We looked at ten of Britain’s top staycation options and compared 2021 prices to last year’s. For each property we looked at the price for this summer and then compared it with a week in the same month last year. So where have we seen the biggest price hikes — and where can you still find a bargain? 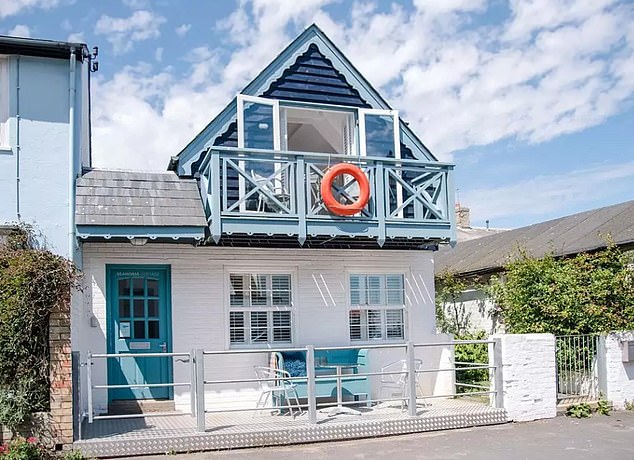 Seahorse Cottage in Aldeburgh, Suffolk, which is famed for its appearance in the BBC children’s series Grandpa In My Pocket. The price of seven nights in July is up 71 per cent year-on-year

Seahorse Cottage in Aldeburgh, Suffolk is one of the best-known properties in the fashionable coastal town, which is home to the likes of Bill Nighy and Tom Hiddleston.

Famed for its appearance in the BBC children’s series Grandpa In My Pocket, the two-bedroom cottage is full of modern Scandi-style charm, with plenty of light and sea views. Pubs, restaurants, shops and a spectacular pebble beach are minutes from the front door. 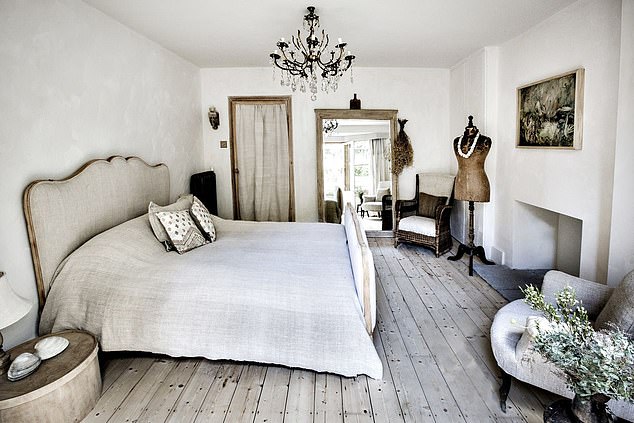 One of the bedrooms at A Stay Less Ordinary eco-friendly apartment in Hove, East Sussex. Three nights costs £785

A Stay Less Ordinary is a trendy, eco-friendly apartment in Hove, East Sussex, where everything — including the sheets on the beds — is organic. Featuring minimalist modern interiors, it sleeps six, with books, games and Netflix available on a projector screen.

Owner Fabio Israel says he cut prices significantly last summer. ‘Every business was just desperate to get booked in the first place,’ he explains, adding that his 2021 prices are similar to those in 2019. 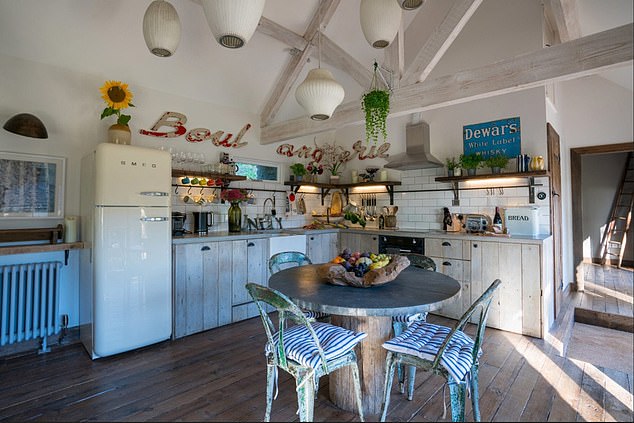 Inside Congrove Barns, a pair of newly renovated barns near Bath let as one property. The price for seven nights is £1,950 – up 18 per cent on last year

Set in a secluded valley near Bath, Congrove Barns are a pair of newly renovated barns let as one property, featuring a stylish open-plan living room, games room and garden hot tub. It sleeps six.

Nigel Stengard-Green, managing director of Luxury Cotswold Rentals, says the firm is seeing a ‘lot more focus now for the summer’. Of the price increase, he says: ‘Because of the demand for the property in normal times, we felt the natural rate for the property is higher than it was previously.’

DEVON BY THE WATER 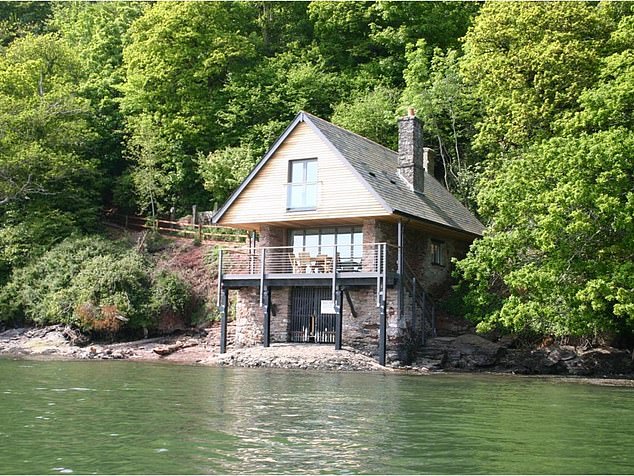 Sandridge Boathouse, which sleeps four, is an 18th-century bathing house on the River Dart in Devon

Listen to the waves lapping at your bedroom balcony or watch boats drifting by from the veranda at Sandridge Boathouse, an 18th-century bathing house on the River Dart in Devon.

It sleeps four, with nearby riverside walks and a village a stone’s throw away. 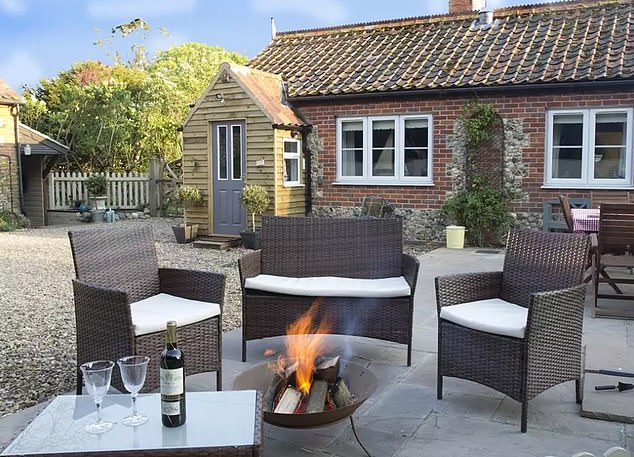 Cosy Cottage, pictured, is a recently refurbished holiday home in the quaint Norfolk village of North Elmham. It is £724 for seven nights

The recently refurbished Cosy Cottage sits in the quaint Norfolk village of North Elmham. With Scandi-style interiors, it comprises a double bedroom, kitchen and living area.

There are two patios for al fresco dining and a summerhouse. It’s ideal for exploring the North Norfolk coast. 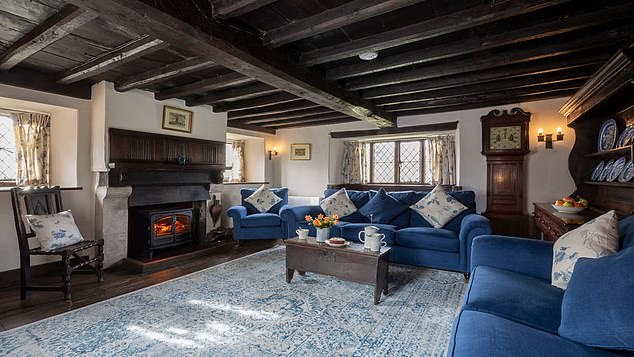 The lounge at Cymryd – a wisteria-clad 15th-century cottage in the Conwy estuary in Wales that costs £1,599 for seven nights

Cymryd is a quaint retreat on a nature reserve in the Conwy estuary in Wales.

A wisteria-clad 15th-century cottage, it oozes history, with exposed beams, wood-panelled walls and flagstone floors, and is managed by the National Trust. It sleeps six, with two double bedrooms and two singles. 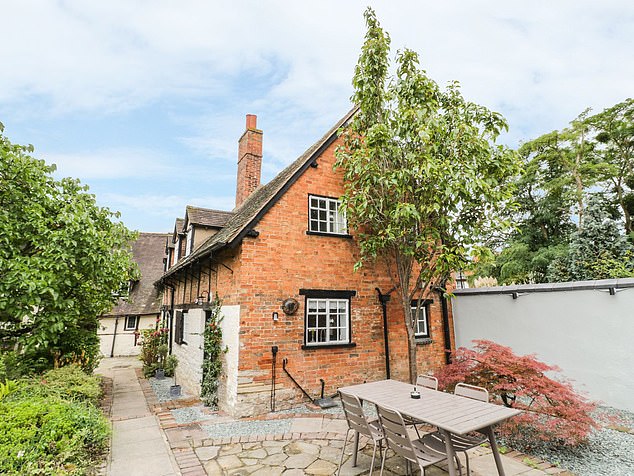 This image shows 4 Masons Court, thought to be the oldest house in Stratford-Upon-Avon

History buffs will love a stay at 4 Masons Court, a 15th-century Grade II-listed property in Stratford-Upon-Avon, which is thought to be the oldest house in the town where Shakespeare was born.

It sleeps four in two bedrooms, with a wood-beamed living room and open fire. 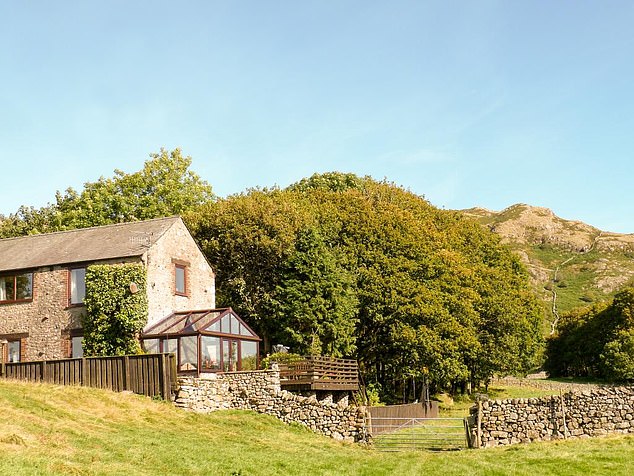 The Old Joiner’s Shop, pictured, in Eskdale, Cumbria, has magnificent views over the open countryside

With magnificent views over open countryside, you’ll struggle to tear yourself away from the sun-drenched conservatory in The Old Joiner’s Shop in Eskdale, Cumbria. The interior is simply furnished but modern, with bunk beds in one of three bedrooms. Snuggle up by the wood-burning stove or gaze at stars from the deck.

Kimberley Brough, of lettings agency Sally’s Cottages, says it’s been a ‘difficult’ 12 months and that it’s ‘usual for prices to increase to take inflation and increased costs into consideration’. 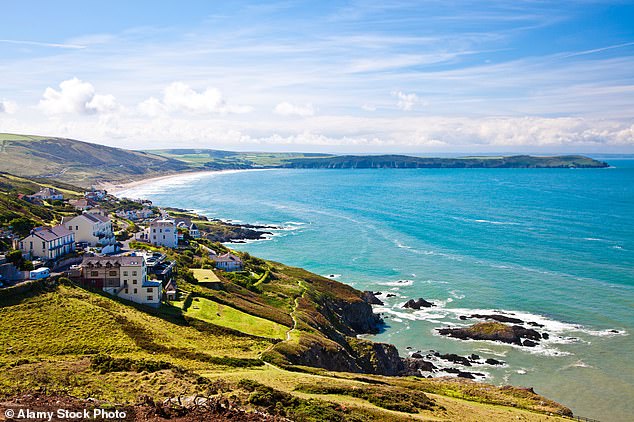 Byron’s Apartments are light, airy and luxurious and are set in the popular Woolacombe Bay in Devon, pictured

Set in Devon’s popular Woolacombe Bay, Byron’s Apartments are light, airy and luxurious: 12 Middlecombe sleeps six, with a private balcony, a large open-plan living room and even a surf shed for storing your beach gear.

Olivia Dellow of Byron Woolacombe Holiday Lets says: ‘Our prices have only risen as previously planned within our guidelines.’ 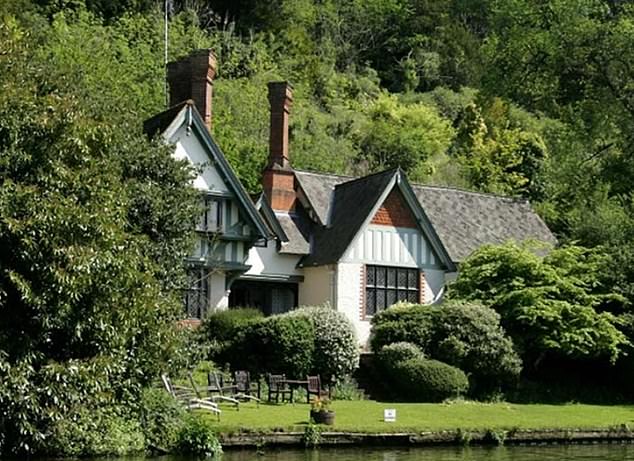 Spring Cottage, pictured, features a private mooring, two living rooms and the services of a private chef. It is in the grounds of Cliveden Estate in Buckinghamshire and a night costs £2,250

Spring Cottage is a three-bedroom cottage in the grounds of Cliveden Estate in Buckinghamshire. Osteopath Stephen Ward was staying at the cottage in 1961 when his guest Christine Keeler met John Profumo — and the rest is history. The cottage features a private mooring, two living rooms and the services of a private chef.

Cottage spokeswoman Georgia Richardson insists the price hike is not to compensate for reduced business. ‘It’s in line with standard yearly cost increases,’ she says.