Google Maps Street View photos often go viral when they snap people in the middle of bizarre activities. Sometimes the reasons behind their actions are completely unknown. This was certainly the case for one man caught by Google’s cameras.

Street View has photographed a man taking part in what seems to be a practical joke.

An image shows the man squashed into a small rubbish bin at the side of the road.

He is completely contorted into the receptacle with his head poking out of the bin’s entrance at an alarming angle.

There appears to be no explanation as to why he is jammed into the bin in the first place. 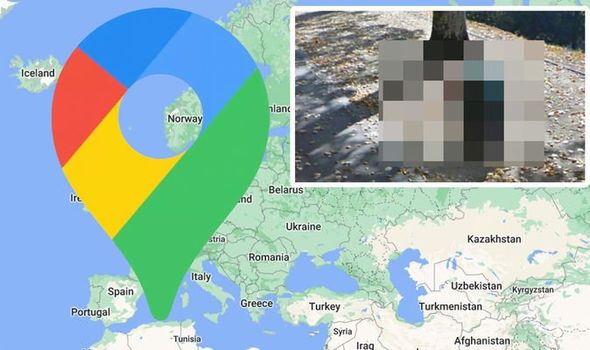 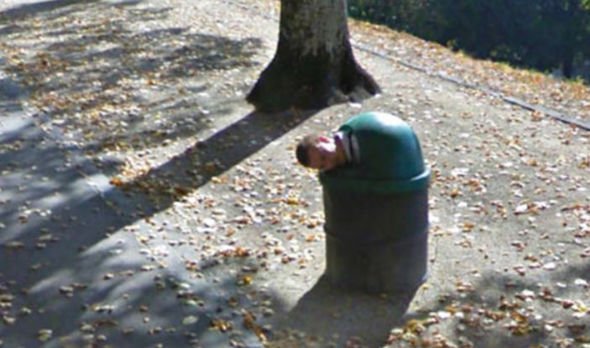 No other people can be seen near him so it unclear whether he was forced into the jape or voluntarily decided to climb in to hide.

At first glance, it seems mind-boggling as to how the man managed to enter the bin.

However, one assumes the top can be removed and he climbed into the bin before putting the top back on and sticking his head out of the hole.

So what was he doing in the bin?

The answer is entirely unknown.

Viewers are simply left to come up with their own version of events.

It is hoped he managed to get his head out of the hole and successfully climb out of the bin eventually!

Interestingly, the man is far from the only person to be caught by Google Maps interacting unconventionally with a bin. 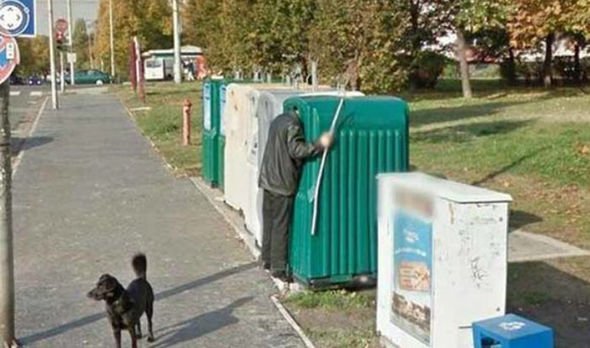 Another chap was snapped by the side of the street with his head in a dustbin. This bin is so big he is standing up with his face pressed into the hole through which rubbish is thrown.

In fact, his head has completely disappeared into the green receptacle making for a curiously comic sight.

His body is right up against the bin and he seems to be holding onto the sides with his hands.

It is possible the man is searching for something in the bin but it is likely his head is blocking out any light.

What’s more, the hole is so small he could struggle to fish anything out if he were to try.

To make the image even more amusing, a dog is standing just to the side on the pavement.

The animal looks as though it is standing guard on the lookout in case the man is interrupted.

Unfortunately, Google users will never know if the man found what he was looking for – or if he managed to get his head out intact.

Ensemble says business is off the charts

Royal Caribbean Takes Delivery of Spectrum of the Seas ·