Condor Ferries confirmed to Express.co.uk one of its boats has been blocked by French ships embroiled in a fishing row.

Cedric Mas, President of the Resilience Action Institute tweeted: “The French blocked the ‘Goodwill’ ferry from the Condor company, which was supposed to ensure the connection with Guernsey.” He claimed the Royal Navy deployed two ships against a French fishing fleet, which caused the blockage.

He posted a video to his Twitter, which he claims show images of the French fishing flotilla protesting outside Jersey at the entrance to St Helier.

Condor Ferries runs a number of routes from Guernsey to other locations.

The Ferries run daily from Jersey taking just over an hour.

France launched a naval gendarmerie vessel towards Jersey this morning. 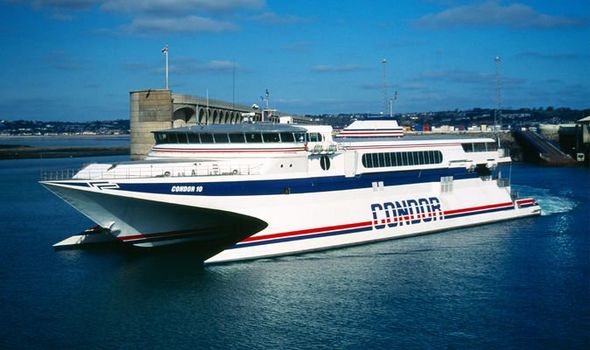 The secret to getting a hotel room upgrade? Ask for it