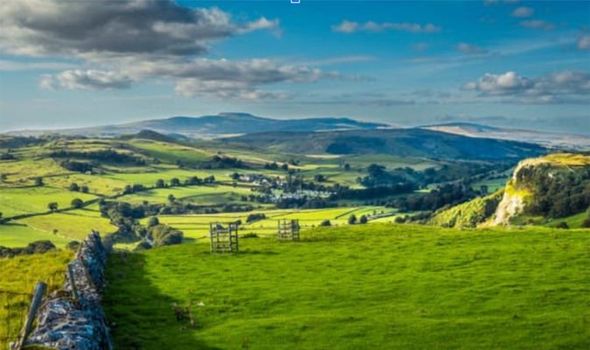 However, it is possible to escape the crowds by heading off the beaten track and to help inspire you, a list of the UK’s hidden gems has been compiled by holiday rental company HomeToGo. They’ve sifted through the data and ranked the 24 most picturesque but lesser-known destinations in National Parks and Areas of Outstanding Natural Beauty across the country.

All of the villages are situated in beautiful locations, but none appear on the list of the top 500 most-searched destinations for summer 2021, so you can enjoy your staycation without swarms of tourists. 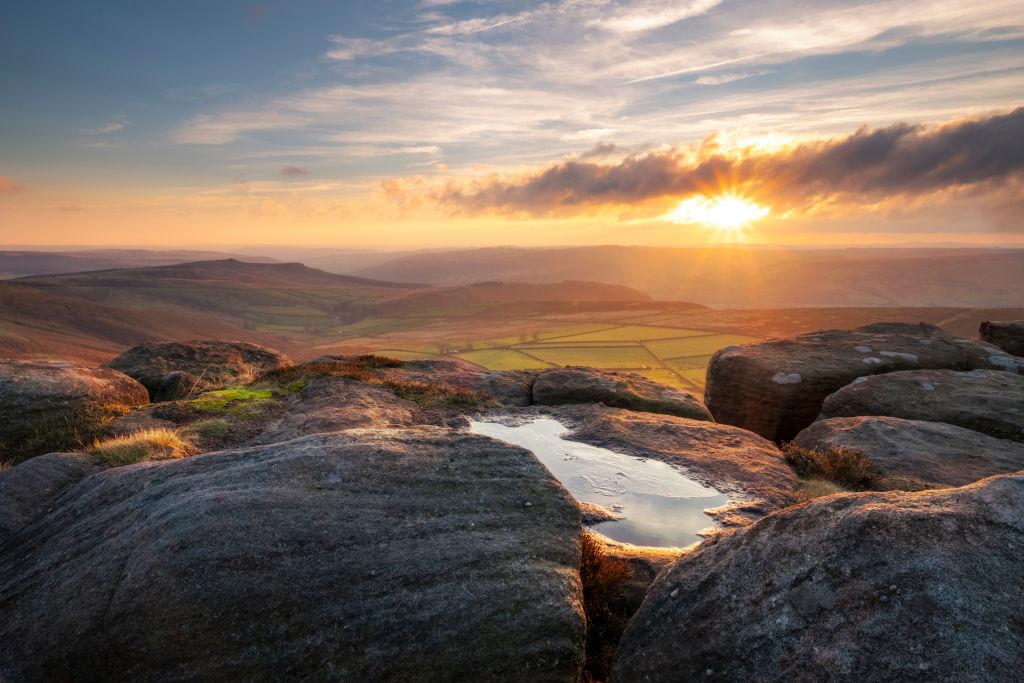 This Hope Valley village boasts a heated outdoor pool with stunning views of the surrounding countryside, perfect for relaxing after a day on the Derwent Valley Heritage Trail or climbing at Stanage Edge. For dinner, enjoy hearty grub and local ale at the Plough Inn, recommended by The Good Pub Guide.

Fun fact: Hathersage was the inspiration for the village of Morton in Charlotte Brontë’s Jane Eyre. 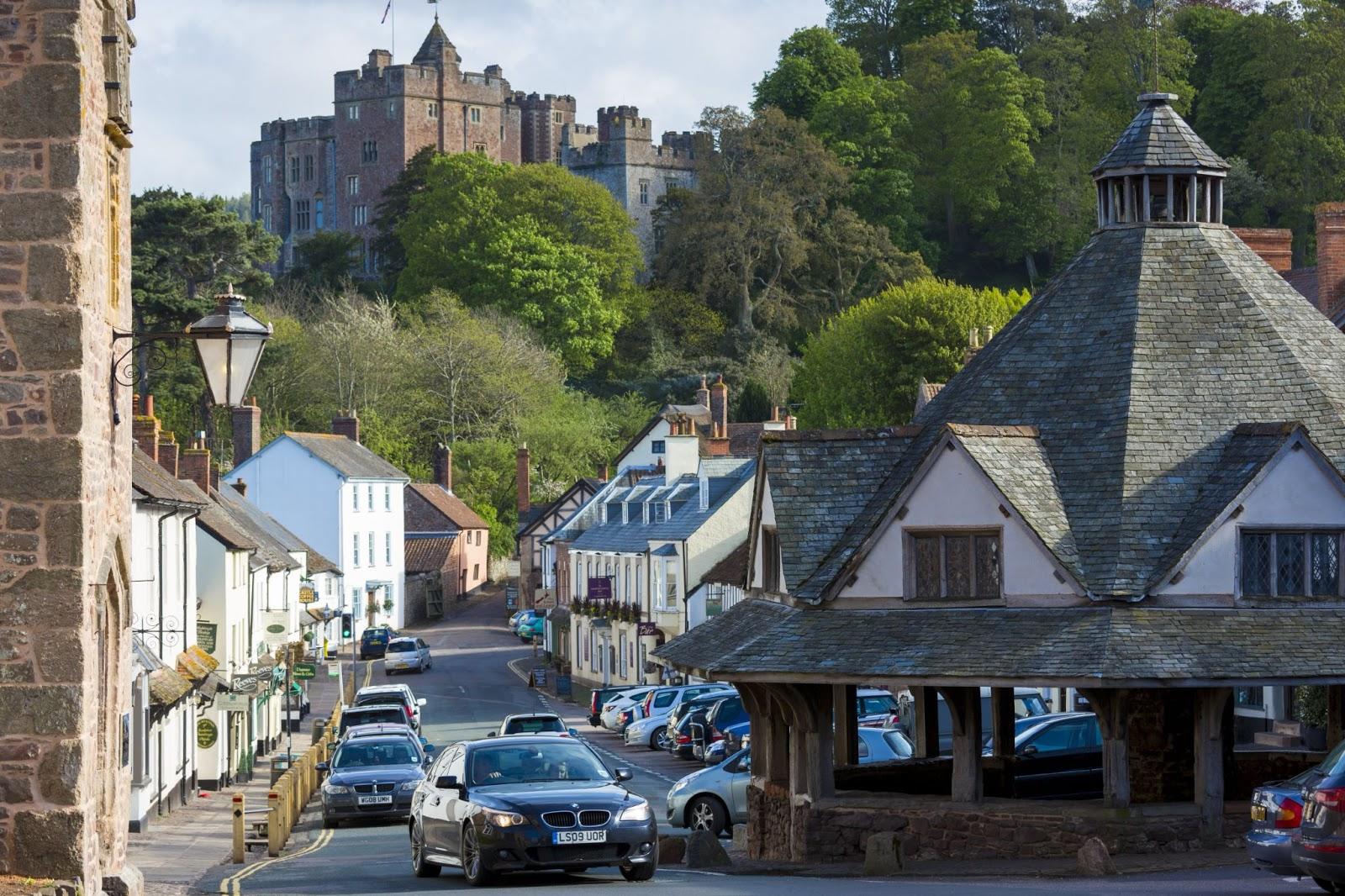 A medieval village with plenty to keep history buffs happy, from the Yarn Market and Gallox Bridge to Dunster Castle and the Conygar Tower. It’s also home to a handful of highly rated tea rooms, so you can treat yourself to homemade cake after an afternoon on the nearby beach. 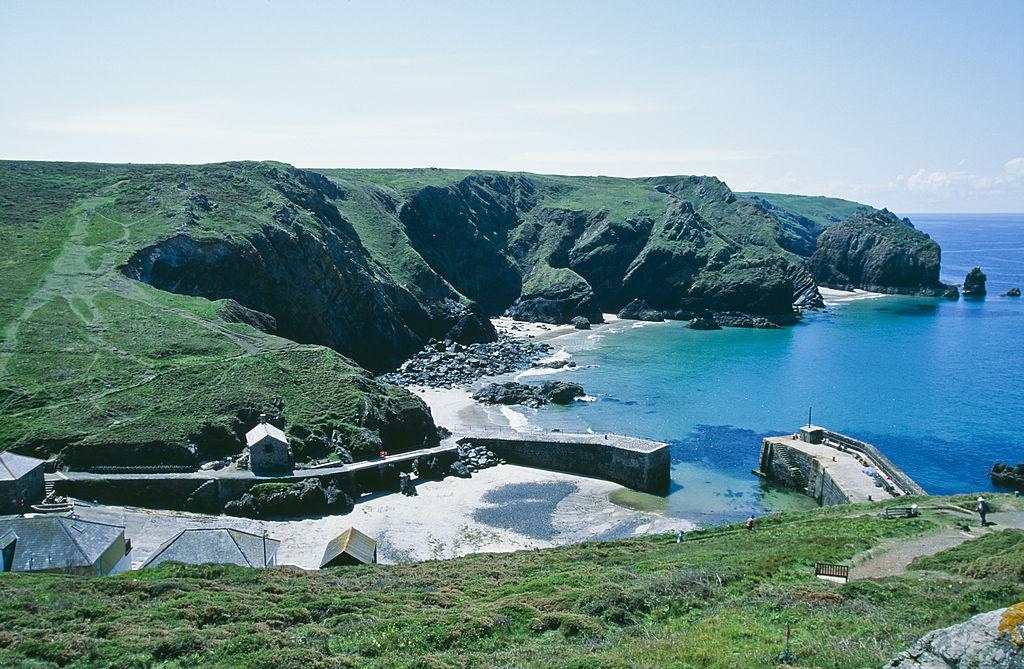 With a little sandy beach, a cave to explore and a picturesque working harbour, a day at the National Trust-owned Mullion Cove is a day well spent. Poldhu Cove, Gunwalloe Church Cove and Polurrian Cove are also nearby, around which trace some top coastal footpaths.

Fun fact: Visitors can take in views of the Cornish coast on horseback thanks to the Newton Equestrian Centre’s countryside rides. 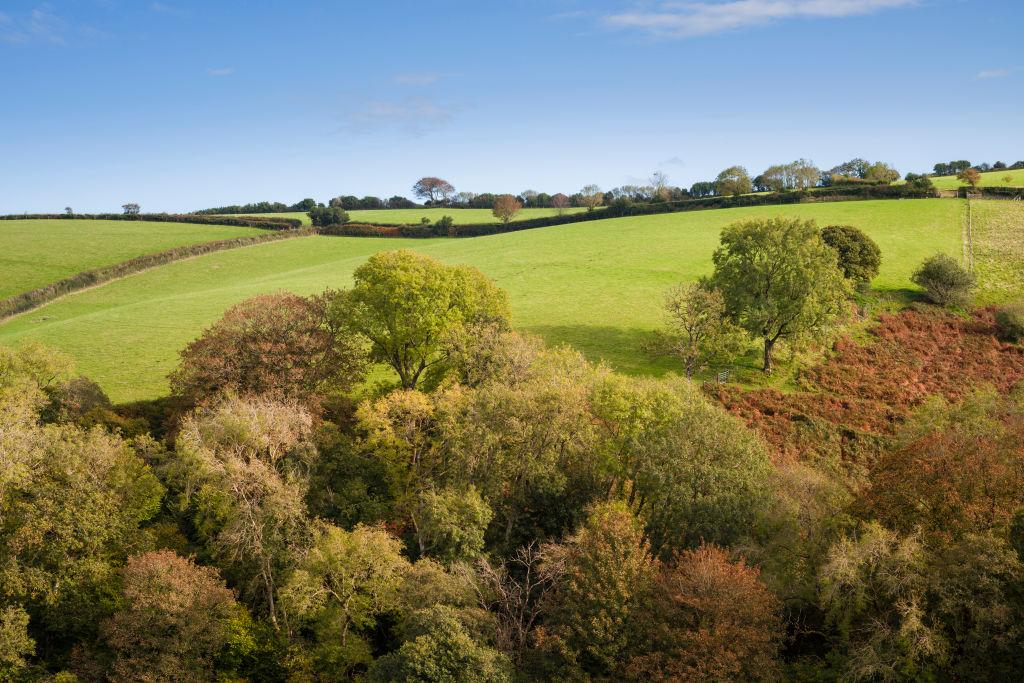 Take a picnic to Dunkery Beacon, the highest point in Exmoor, and enjoy views that stretch as far as Devon. Spotting ponies, red deer and Highland cattle while hiking or biking in the National Park is a delight, and you can get even closer to the wildlife at the Exmoor Owl and Hawk Sanctuary.

Fun fact: The Porlock Bay Oysters harvest site was the first in England to receive the top ‘A’ classification, so make sure to enjoy some fresh shellfish. 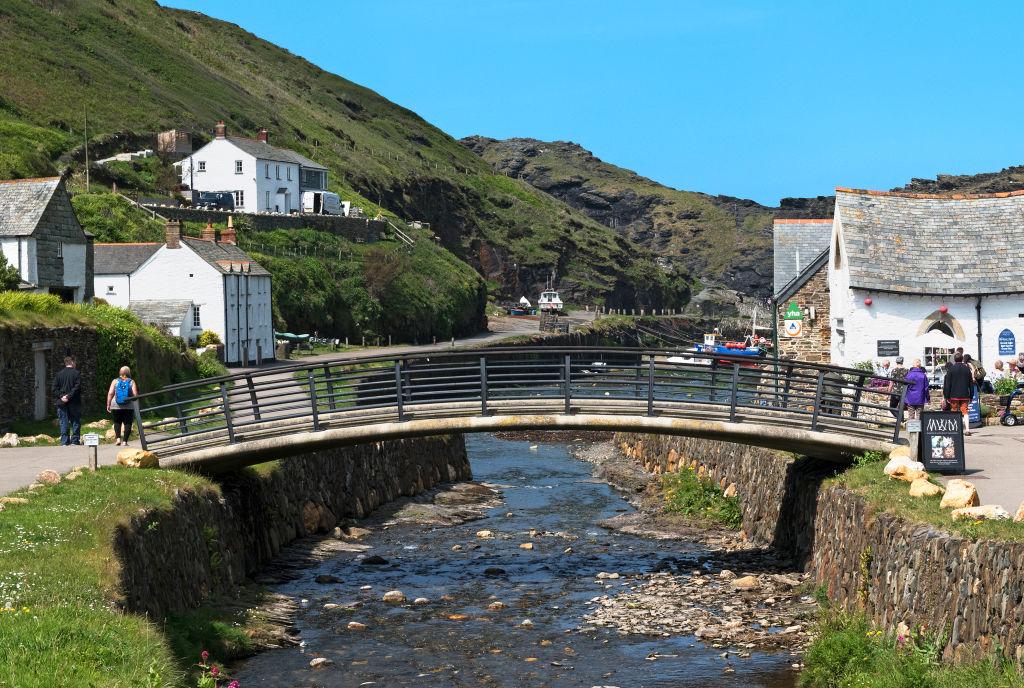 Thomas Hardy marvelled at the “chasmal beauty” of the Pentargon Waterfall in his poetry, and the rugged coastline views from vantage points such as Willapark Lookout are equally as inspiring. Nearby sits Buckator, home to the largest grey-seal colony in North Cornwall.

Fun fact: Boscastle has a spooky side. It’s home to the Museum of Witchcraft and Magic and, pandemic permitting, hosts a “Dark Gathering” around October. 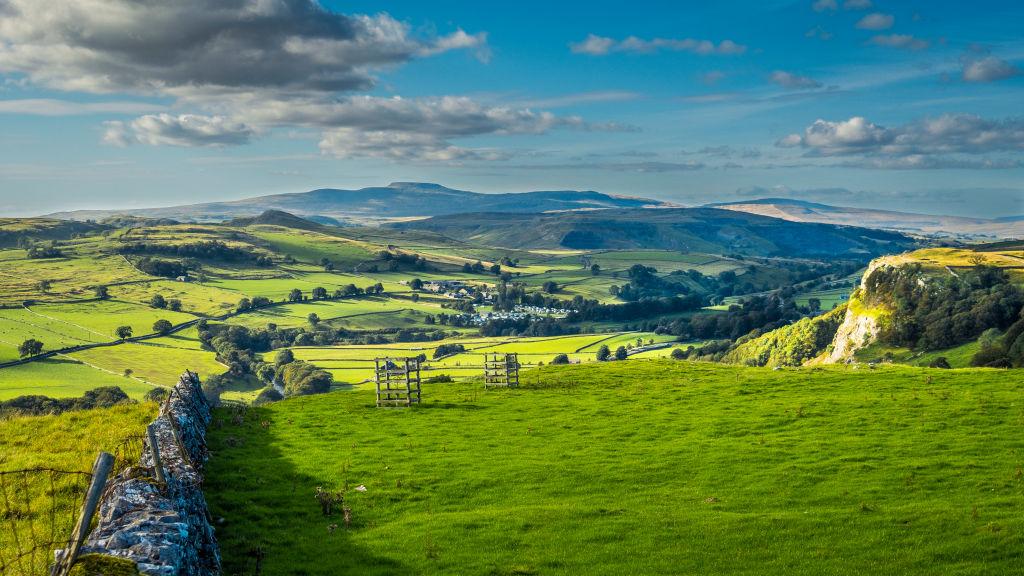 The name of this market town means ‘pass between mountains’ and is located between Buttertubs and Fleet Moss. Sights include the 18th century Gayle Mill, and the Dales Countryside Museum. Don’t leave without trying some of the town’s famous Wensleydale Cheese, the fromage favoured by animated duo Wallace and Gromit.

Fun fact: It’s England’s highest market town at 850 feet above sea level, and continues to host a market every Tuesday, as it has since the 14th. 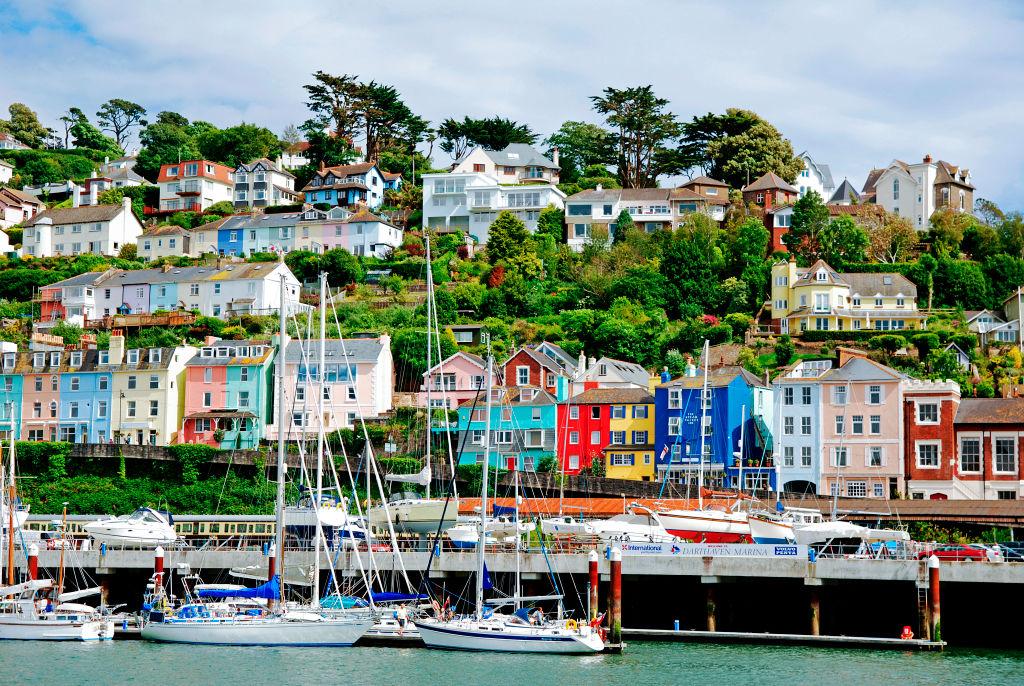 This riverside village, home to the Paignton and Dartmouth Steam Railway terminus, boasts stunning panoramic views, and makes a wonderful location to tour the south Devon countryside. Must-sees include the 15th century Kingswear Castle and Coleton Fishacre country house with its coastal gardens. Quench your thirst at the atmospheric Steam Packet Inn, which also serves up gorgeous grub. 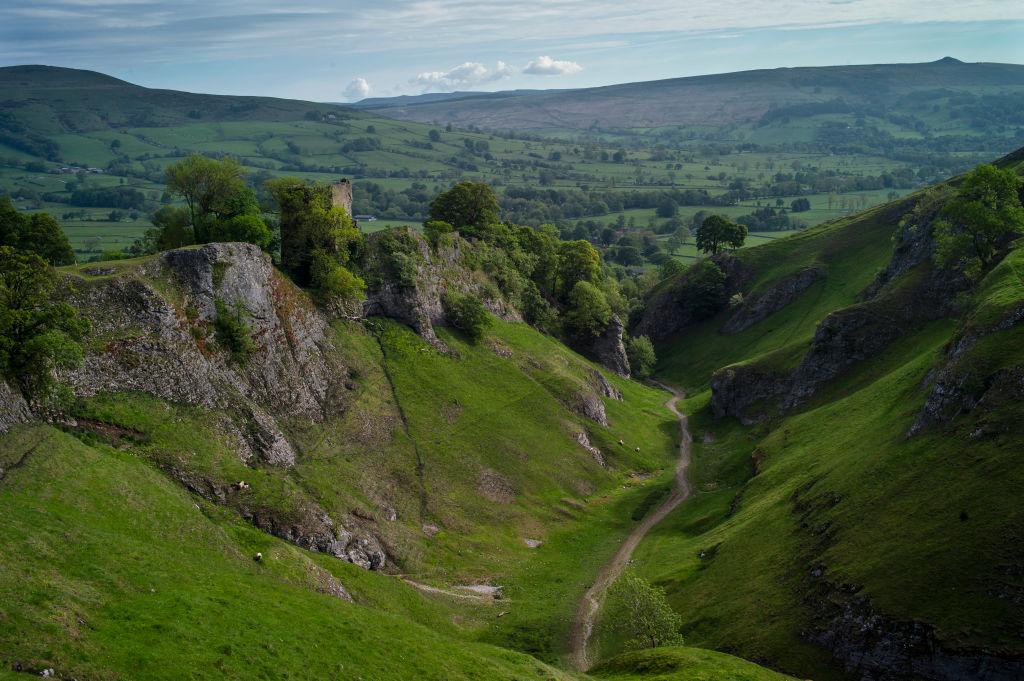 This village in the Peak District’s Hope Valley is a haven for hikers as it is surrounded by striking hills, including Winnats Pass, which looks like something out of Lord Of The Rings. Adrenalin junkies should take advantage of the paragliding opportunities, or keep things low-key with an amble up to Peveril Castle and a meal at one of the bars that line the street, such as Ye Olde Nags Head.

Fun fact: There are a few caves open to the public in these parts, including Peak’s Cavern, which also goes by the moniker Devil’s A***. 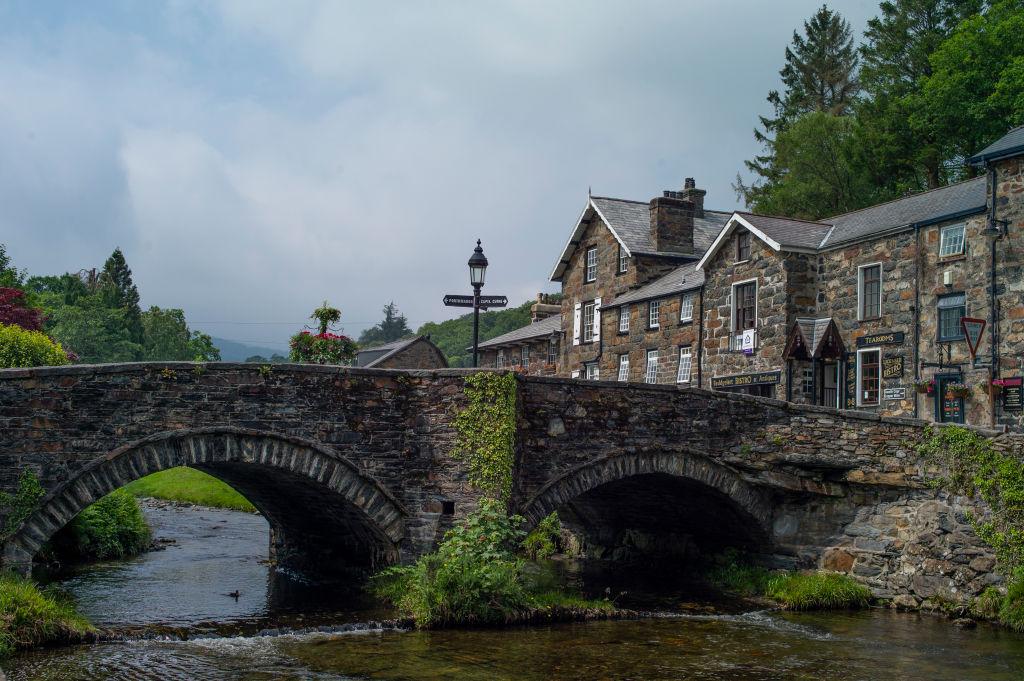 This charming Welsh village near the base of Snowdon is strewn with stone houses that make it an idyllic place to amble around. As small as it is, there’s plenty to offer visitors, including walks, bike trails (you can hire bikes in the village), the Sygun copper mine and the National Trust 17th century farmhouse Ty Isaf. There’s also the Welsh Highland Railway that winds its way through the stunning countryside.

Fun fact: Alfred Bestall, the illustrator of Rupert Bear, lived in Beddgelert, and the location was a huge inspiration for him. 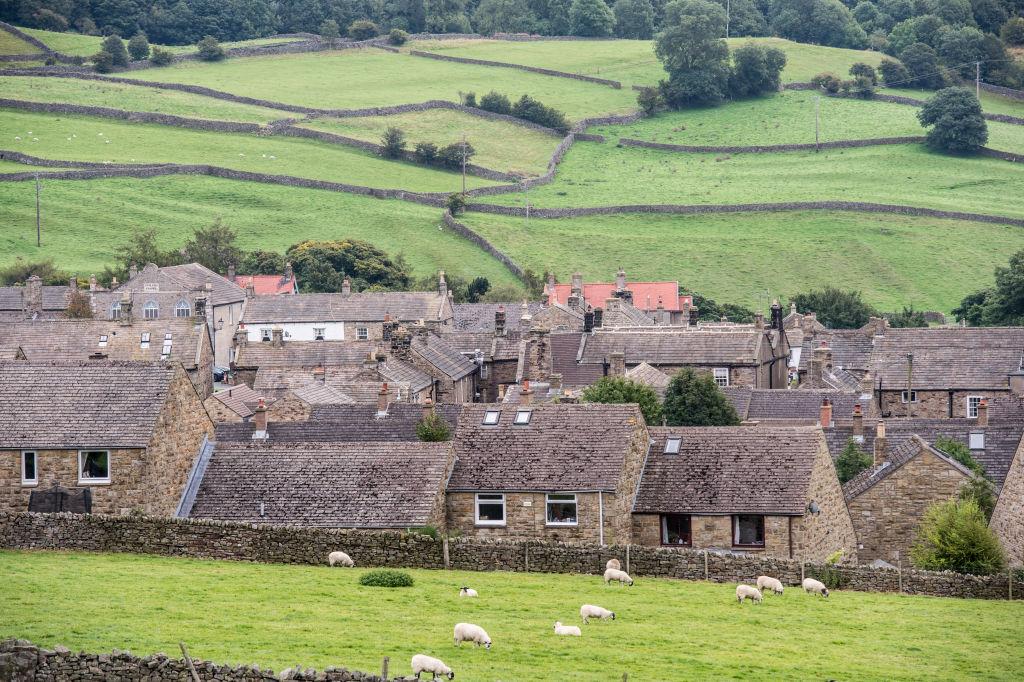 This village in the heart of the Dales is situated above the River Swale, and makes a fantastic base for the many walking and cycling routes in the area. The village itself is dominated by an open green where there’s a weekly market. Discover Reeth’s heritage at the Swaledale Museum, and find out about the region at the National Park Centre. No holiday’s complete without a little indulgence, so be sure to treat yourself to local bakes at Overton House Café or the Copper Kettle.

Fun fact: Reeth’s historic Black Bull Inn has been welcoming customers since the 1600s, so you can soak up the past while sipping your pint.

Other hidden gems from the guide:

Biggest Cruise Ship in the World Makes Debut to U.S. ·

Air Canada updates schedule for May ·