Home » Luxury Travel » Gibraltar: Why the English-speaking home from home is worth a look for an easy getaway

Holding a strategic position on the southern tip of Europe, thrilling attractions show off the fascinating history of this 2.6 sq mi British Overseas Territory, and there is a glamorous holiday vibe around its yacht-filled marinas and quirky beaches. Gibraltar is the first destination in the world to have vaccinated its entire adult population and it is fully up and running again with non-essential shops, restaurants, bars, cafes, gyms and salons all open for business. Just a two-and-a-half hour flight away and with VAT-free shopping and sterling as the currency, here’s why this English-speaking home from home is worth a fresh look for an easy summer getaway.

Dominating the landscape, Gibraltar’s famous iceberg-shaped rock has provided a natural defence from attackers and shaped its history.

On the lower part of the landmark stands the Moorish Castle, 31 miles of Second World War tunnels and the even older Great Siege Tunnels. In the Upper Rock Nature Reserve is St Michael’s Cave, a lattice of limestone caverns, including a main hall which has been converted into a 400-capacity auditorium with a colour-changing light display.

The most recent addition is the Gibraltar Skywalk, a glass viewing platform, higher than The Shard building in London, which offers sweeping views over three countries. It links to the thrilling Windsor Suspension Bridge, stretching over a 165ft gorge, which is part of the Thrillseekers Trail on the Upper Rock. Visitors can also ride the cable car to the top of the Rock or hike, looping in either direction to take in all the important sites.

The Rock is, of course, known around the world for its resident monkeys – Barbary macaques. Not in the slightest bit shy, these cheeky tailless creatures roam freely all over the area. Their designated home – the Apes Den – is outside the top station of the cable car. 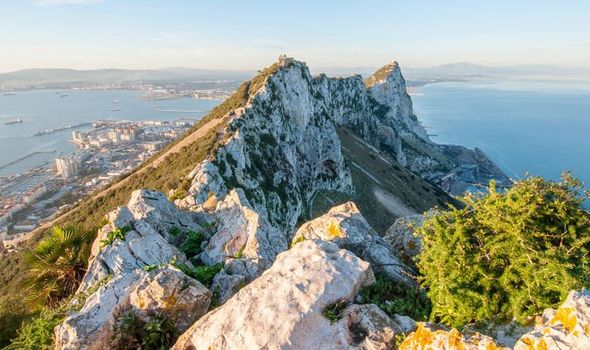 Gibraltar’s award-winning marinas, Ocean Village and neighbouring Marina Bay, are lined with sailing boats and superyachts. There are plenty of oceanfront bars and eateries too, upmarket shops, casinos and a floating yacht hotel.

Both marinas are transformed at night by spectacular mood lighting with the backdrop of the Rock to complete the picture.

But as you’re bagging those VAT-free bargains, be sure to look up for a glimpse at Gibraltar’s past. There are buildings clad with decorative Portuguese tiles, elegant wrought-iron balconies and wooden shutters – architectural gems that often go over visitors’ heads.

Casemates Square is ideal for atmospheric dining and people-watching, and you can get anything from fish and chips and a pint in a British-style boozer to paella at a pavement cafe. For more of a local flavour, head to Irish Town, a pedestrianised area with traditional restaurants. Here you could try Gibraltar’s own calentita, a baked bread-like dish made with chickpea flour, olive oil and seasoning. 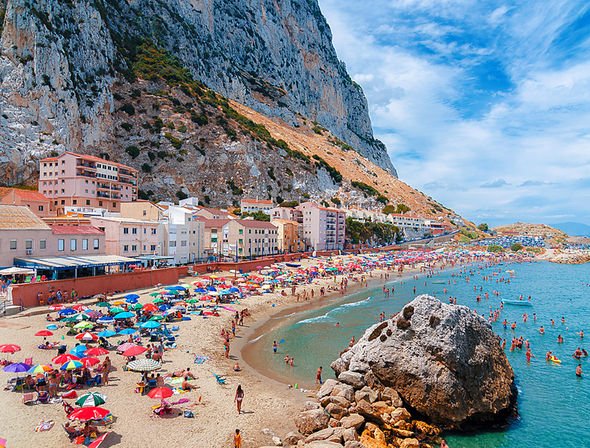 Gibraltar’s beaches are quirkily different. Catalan Bay is a colourful seaside village with a curving beach on the east side of the Rock. Camp Bay and Little Bay is a former quarry turned into a cool seafront lido. At Eastern Beach, Gibraltar’s longest beach by the airstrip, visitors can watch planes take off and land as they sunbathe. Sandy Bay is a secluded beach with 50,000 tonnes of sand shipped in from the Sahara. 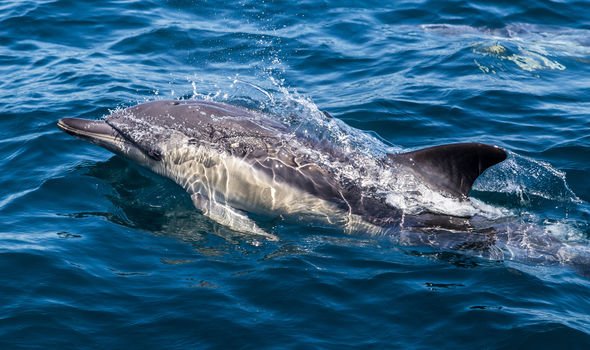 The Strait of Gibraltar marks the merging of the Atlantic and the Mediterranean Sea and a dolphin-watching trip here promises to bring you within touching distance of three types of the species – the common dolphin, bottlenose dolphin and striped dolphin.

These gentle giants have been known to jump straight over the bows of smaller boats, putting on an exceptional show for onlookers. Trips depart from Marina Bay. Tickets from £20 per adult. 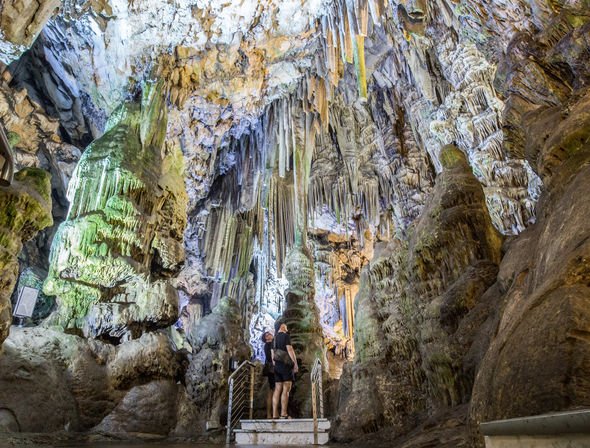 Located on the eastern side of Gibraltar, the Gorham’s Cave Complex features a striking cluster of sea-level caverns. To protect them from damage visitor numbers are limited, but a wonderfully scenic viewing platform provides the perfect vantage point to view the Neanderthal caves, as well as the entire world heritage site which extends to the highest point of the Rock at O’Hara’s Battery.

For those in search of a tranquil oasis, head for the Alameda Botanic Gardens, a hidden subtropical paradise near the Southport Gates on Gibraltar’s Main Street. Open daily from sunrise to sunset, visitors can explore swathes of lush vegetation dotted with monuments, statues and carvings. Much of the foliage still thriving in the botanical gardens is more than 200 years old, including the impressive Dragon Tree. 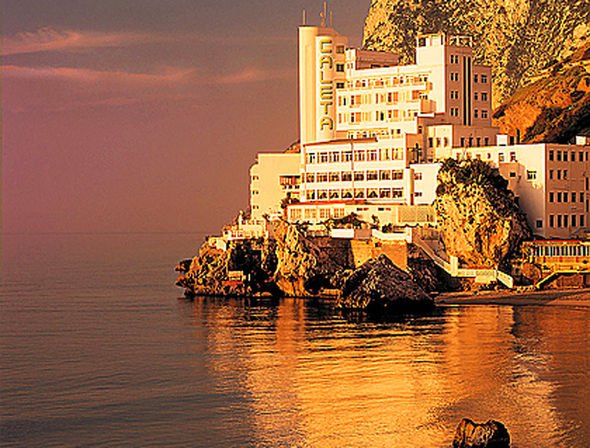 Eastern Airways UK launched services to Gibraltar from Southampton on May 24 and Birmingham on May 28, which both run twice weekly on Mondays and Fridays. Fares from £74.99 one-way, easternairways.com. British Airways is launching a new route to Gibraltar from London City Airport starting on June 25 for the summer, with two flights a week on Mondays and Fridays. From £43 each way, ba.com. easyJet flies from Gatwick, Bristol, Manchester and Edinburgh from £86 one way, easyjet.com.

The Sunborn Gibraltar, a five-star superyacht with swimming pool and spa, is moored in the Ocean Village Marina. From £161 per night, sunborngibraltar.com.

The Rock Gibraltar is nestled in the foothills of the Rock with panoramic views. From £125 per night, rockhotelgibraltar.com.

The Caleta Hotel Gibraltar is perched on the rock face overlooking Catalan Bay beach. From £110 per night, caletahotel.com.

Office workers earn £1,225 a year – for planning holidays at work