During lockdown, many of us made the pilgrimage back to our family homes – and rediscovered them through fresh eyes. Part guide, part love letter, “Home towns” is a new series in which we celebrate where we’re from. After all, it could be a while before we can go anywhere else…

Barnard Castle is my adopted hometown, by way of my parents’ divorce. I was born and raised in Newcastle, but my paternal family has lived in Barney since the Seventies – and most, including my dad, still live there to this day.

Some of my earliest memories are of Barnard Castle. Some might actually be photographs I’ve seen of toddler-me sitting inside my grandparents’ old stone house on Baliol Street. That’s what bothered me most about Barney as a moody pre-teen and even moodier teenager: the place seemed old. It felt rural, surrounded by fields, woods and small villages. There’s no working train station. And it had too many pubs I couldn’t drink in.

Shamefully, I thought there was nothing to do, aside from roaming around Boyes – a North Yorkshire-founded discount chain that is miraculously still going – for cheap toys. It was certainly no Newcastle (we didn’t have a cinema, for a start). 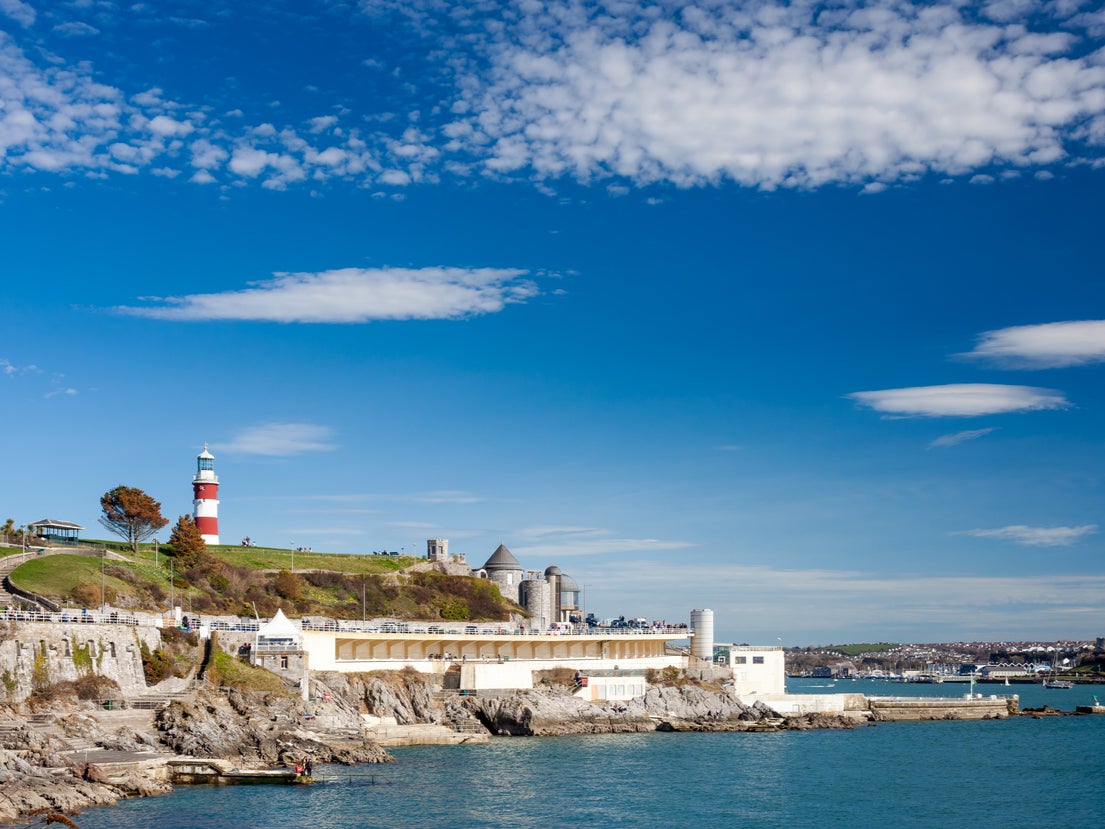 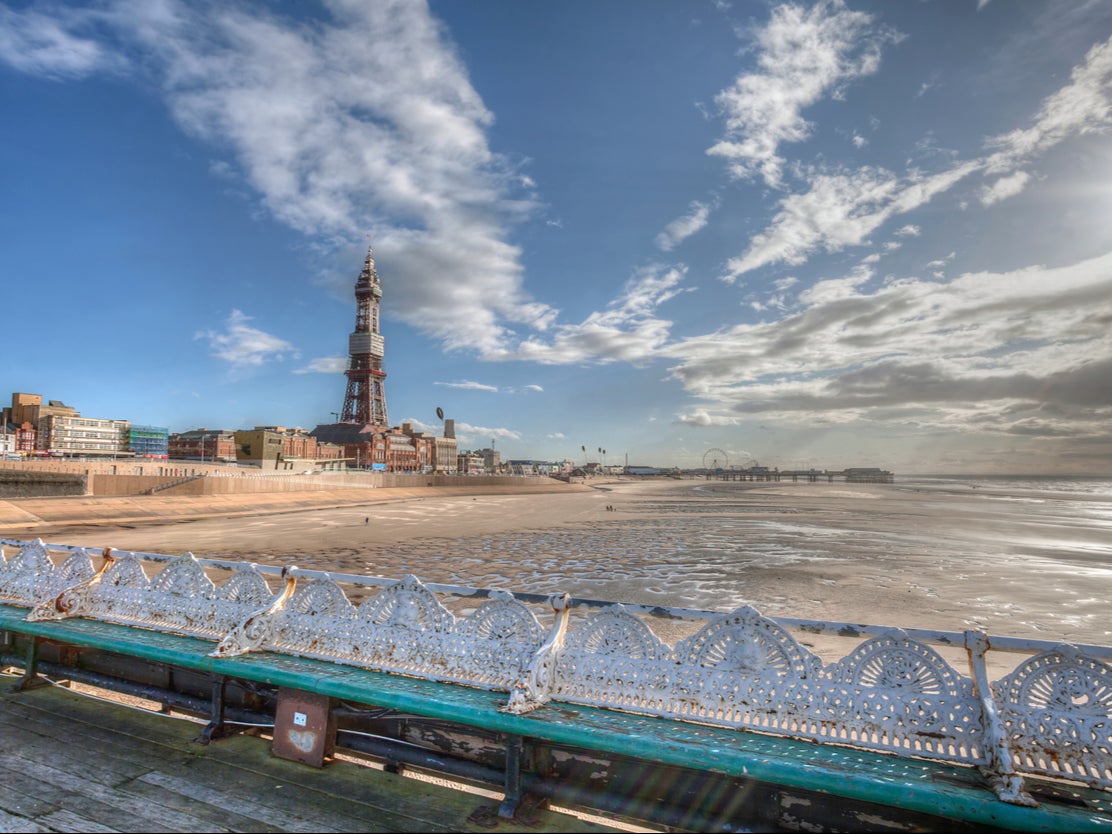 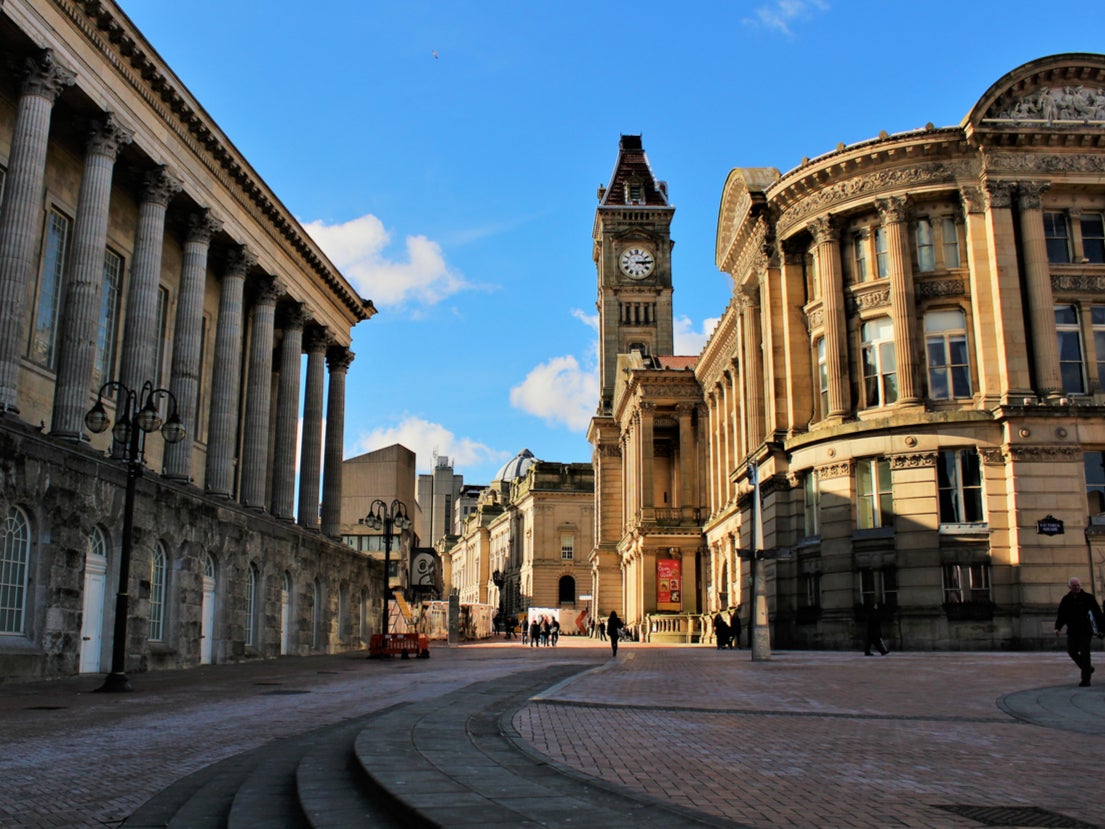 But old, I learned as I aged myself from moody teenager to slightly mellower adult, it got interesting. Founded in the 12th century, the town is steeped in history, with connections to Dickens and Richard III. Set on the River Tees, with its titular castle high on a rock above the Tees Gorge, it’s the ultimate beauty spot. The high street is now full of new cafes, bookstores, charity shops and antique gems – and the lack of cinema doesn’t seem like such a big deal these days. During lockdown, as I longed for the North East while stuck in London, I missed Barney more and more.

The first lockdown in Barnard Castle was challenging, obviously, though for one of my aunties, it was “lovely, in a strange way”. Residents enjoyed a rare bout of pleasant weather, she told me. Many had the time to enjoy the oft-neglected nature walks on their doorstep as their daily exercise. Community spirit swelled, too – a Facebook group called ‘Covid Cutz’ who shared hilarious at-home haircut attempts went on to raise large sums of cash to give to the people who needed it most.

Fatefully, the peace and quiet wasn’t to last. In late May, it was revealed that the Prime Minister’s chief advisor Dominic Cummings had visited the town on a soon-to-be infamous pilgrimage during the first national lockdown. After the news broke, a press conference followed in which the controversial political strategist said he drove to Barnard Castle in order to “test his eyesight” after suffering from coronavirus symptoms. Suddenly, Barnard Castle was everywhere, and the once-secluded market town was swarmed with reporters. “Waking up on the morning the story broke was very odd,” says my cousin Emma. “Seeing your small quiet town – that no one had ever heard of even in the North East, never mind the rest of the country – on TV was surreal.” Watching the madness unfold in London, I quietly seethed at mispronunciations of ‘Barnard’ on the news. I couldn’t wait to tell colleagues over Zoom that it was my family’s hometown, and that it’s so much more than a punchline on Twitter. Suddenly, I felt protective. And full of pride.

The scandal was so infuriating that it still regularly trends on social media, eight months on. Author Elizabeth Day summed it up with a tweet posted 11 January 2021: “I’m still not over Barnard Castle.”

And the ripple effect – or ‘Cummings effect’, as many call it – continues to permeate the town’s somewhat self-contained ecosystem. Visitors flooded the town, particularly when restrictions first eased, continuing to embark upon their own metaphorical eye tests throughout second lockdown and the various tiers County Durham endured.

Watching the madness unfold in London, I quietly seethed at mispronunciations of ‘Barnard’ on the news

“We are still suffering from the Dominic Cummings effect,” says my auntie Zenith. “When lockdown was eased, the town was heaving more than any local felt comfortable with. Although you wanted businesses to do well, you knew town was full of people who were travelling to be here. Even in tier 4, people were still travelling to come here. You’d see them all the time having their pictures taken in front of the ‘Welcome to Barnard Castle’ sign, which was featured heavily on the news.”

Another cousin added: “I even saw people taking selfies outside of the Specsavers in town…”

We all love a gag but perhaps, once it’s 100 per cent safe to do so, try these things to do on a visit to Barney instead.

Flatts Woods is a charming wooded walk – nice and muddy in poor weather, but blossoming with wildflowers come spring. 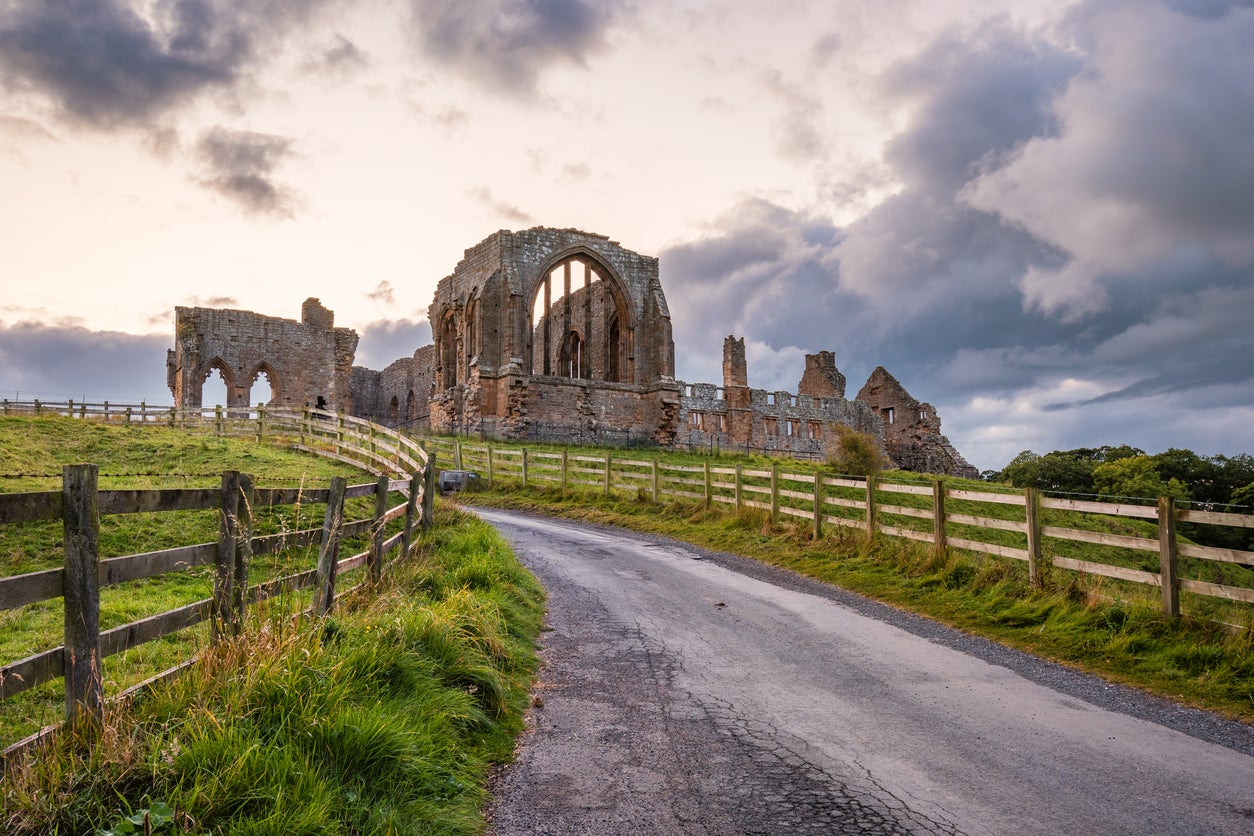 Or try the walk starting at Mill Farm through town towards Egglestone Abbey, a spectacular ruined monastery dating back the 12th century. A little further afield, walk from Low Force waterfall to High Force, the tallest (and one of the prettiest) in England.

Red squirrels have been spotted in various Teesdale areas – so wildlife lovers, keep your eyes peeled.

At 51 The Bank is Mission Hall Antiques Centre, a hub filled with trinkets. Collected by over 40 dealers, you can find everything from ceramics and kitchenalia to kitsch collectibles and stunning jewellery.

Barnard Castle is known for its antiques: Robson’s Antiques is just up the road at 36 The Bank, while further up the high street is the auction house of TV antiques expert David Harper, who was born 45 minutes away in Middlesbrough.

The North East’s premier art, fashion and design museum, the Bowes Museum, was founded by almost-noble couple John and Joséphine Bowes. Inside the French-style building are three floors filled with its decadent collection, including the musical Silver Swan. 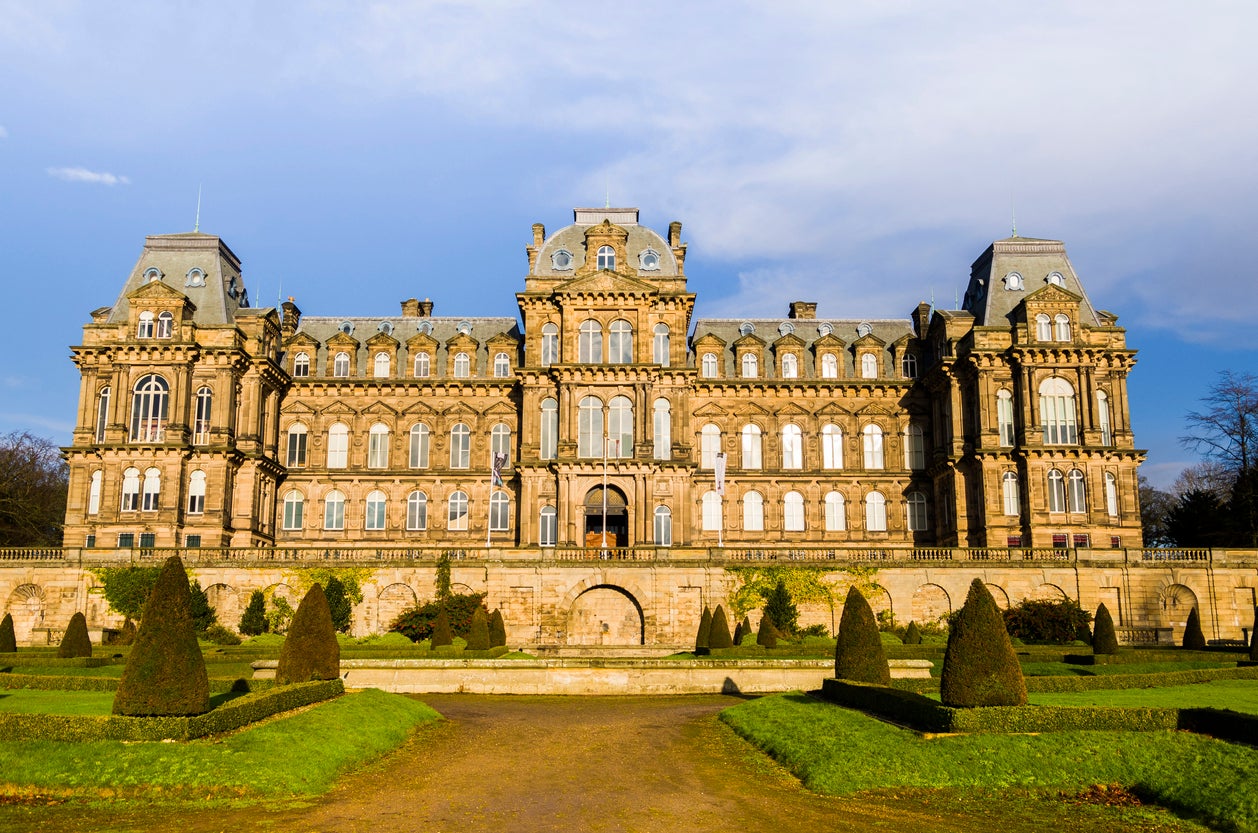 Glorious in summer and bursting with bright purple-blue flowers, the museum’s parterre gardens are just as captivating as the building’s contents. A newly accessible woodland walk, along with a children’s play area, make ideal companions to the formal gardens.

On The Bank (if only for the reason that it’s a very steep street), combine drinks with dinner at Blagraves House – it’s the oldest house in Barnard Castle, and was once visited by Oliver Cromwell.

Close to the castle is The Old Well (said well still residing its cellar), which is also a B&B.

For a modern stay, go to The Three Horseshoes Hotel, one of the loveliest pubs in town and also a four-star hotel. It’s on Galgate, right in the town’s heart. Doubles from £90.

But if you’re after a more secluded, countryside option, The Rose & Crown’s quaint Courtyard Rooms are just 13 minutes away by car, in the Teesdale village of Romaldkirk. Doubles from £130.

Save up to 35% these school holidays ·