Royal Caribbean International’s next Oasis-class ship, the Wonder of the Seas, will launch in the Caribbean and Europe in 2022 instead of China.

The Wonder, the fifth Oasis-class ship, will debut from Fort Lauderdale in March 2022, where it will sail seven-day itineraries to the eastern and western Caribbean. The ship was originally going to sail from Shanghai and Hong Kong.

After its stint in the Caribbean, the Wonder will sail from Barcelona and Rome in summer 2022, starting in May.

“The momentum taking off across bookings and our returning ships in the U.S. and Europe is significant. With half of our fleet sailing again, we are encouraged by what we’re seeing. These regions are in the position to welcome a brand-new, innovative ship like Wonder of the Seas,” Royal Caribbean International CEO Michael Bayley said in a statement.

New features on Wonder of the Seas

New for the Oasis class will be the Wonder Playscape, a top-deck, underwater-themed adventure play area with slides, climbing walls and an interactive mural activated by touch. 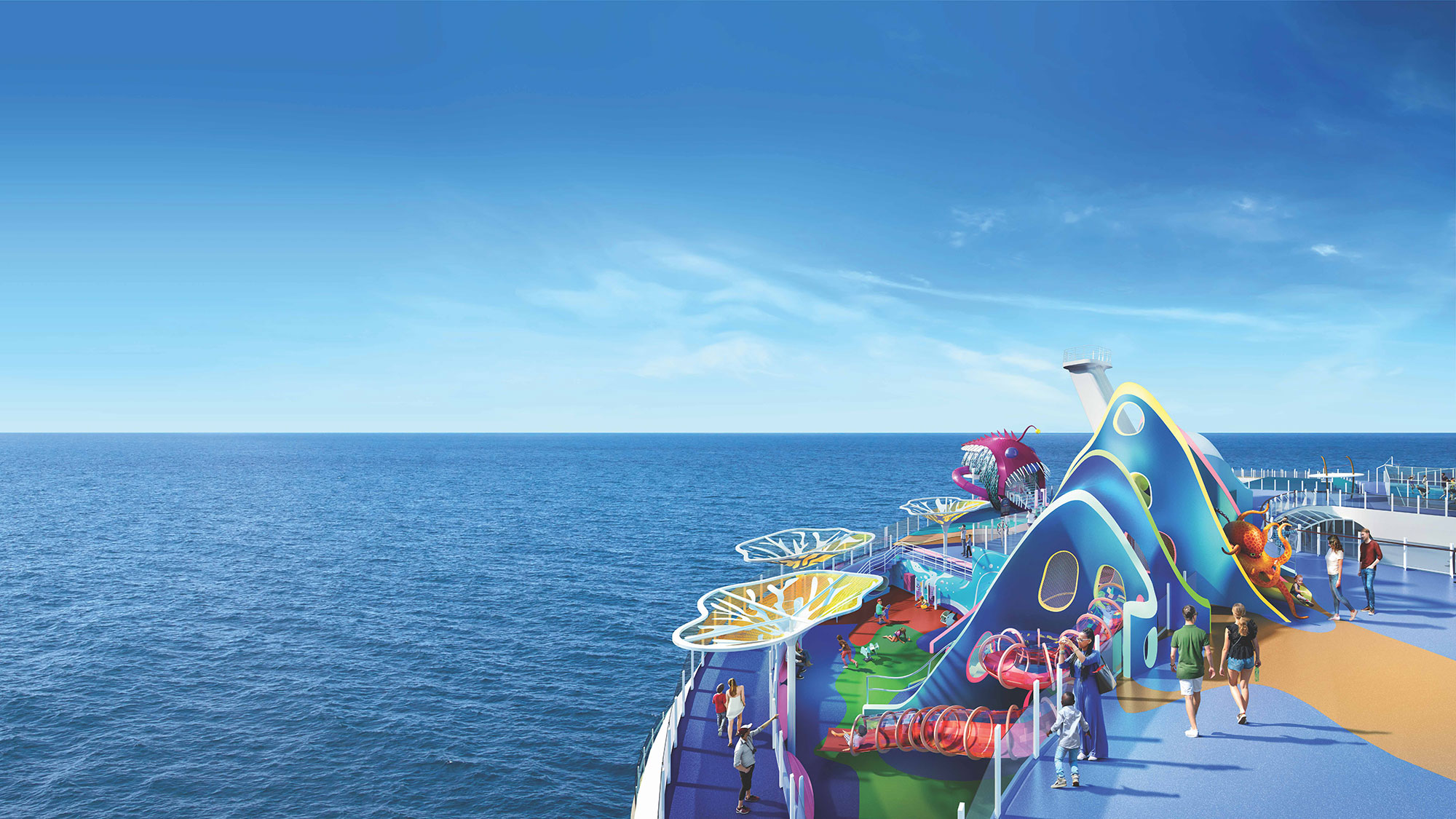 The ship will also introduce the Vue, a cantilevered bar high above the pool deck  that has a colorful mosaic canopy overhead after sunset. The Vue will serve classic Caribbean drinks and nonalcoholic cocktails.

The Perfect Storm trio of high-speed waterslides and kids aqua park Splashaway Bay will be moved next to each other on the Wonder.

Royal Caribbean revealed in April that the Wonder would become the first Oasis-class ship to have an eighth neighborhood, the Suite Neighborhood. Only found on the Wonder, it will have an elevated Suite Sun Deck with a plunge pool, bar, loungers and nooks.

The neighborhood will incorporate the 1,350-square-foot Ultimate Family Suite, first introduced on the Symphony of the Seas, which has room for 10 and a slide connecting an upper-level kid’s sleeping area to the main floor.

The first four ships in the Oasis class have seven zones called neighborhoods, such as the Boardwalk and Central Park.

Its seven-day Western Mediterranean cruises will include Palma de Mallorca and Capri, Italy.

The Wonder’s Caribbean itineraries opened for booking on Sept. 15. The ship’s European sailings will open on Sept. 22.

Dubai and Turkey travel: Red list ban and quarantine could be axed for major flight hubs

Beyond Travel recognised at Business Awards ·

Armistice day: Lest we forget