Home » Cruises » An excursion with Black Heritage Tours uncovers a different side of Amsterdam: Travel Weekly

Twenty-four hours in Amsterdam might not seem like enough time to get intimately acquainted with the Dutch capital, its cobblestone streets lined with narrow houses and its many miles of canals.

But regardless of the length of a visit before boarding a river cruise in Amsterdam, visitors would do well to spend two hours exploring a lesser-known side of the city’s history hidden in plain sight.

Black Heritage Tours in Amsterdam takes guests on a cultural journey to explore the Netherlands’ deep roots in Black history against the backdrop of the architecture and art of the Dutch Golden Age. 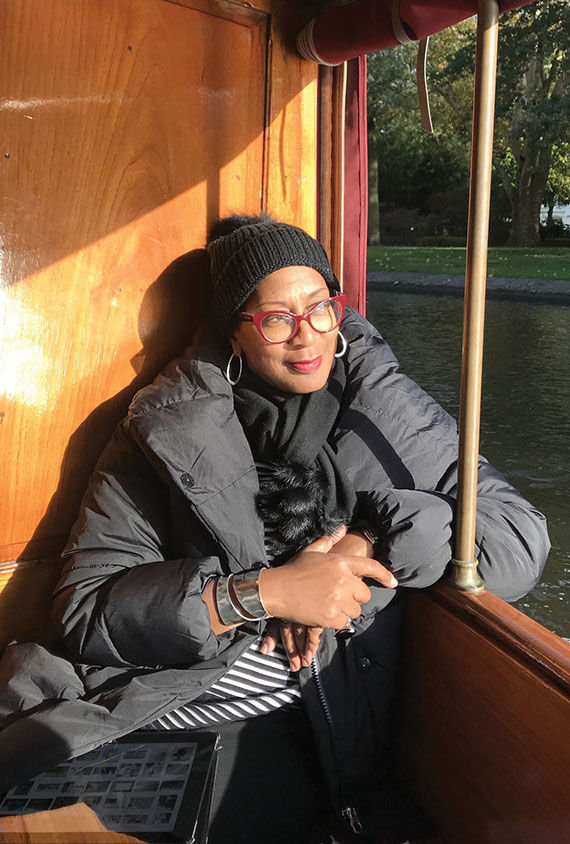 Founded by author and lecturer Jennifer Tosch, Black Heritage Tours takes guests on a walking tour that also includes sailing the city’s canals aboard a saloon boat, offering a different perspective of the African diaspora’s impact in the Netherlands and the legacy it has left behind.

On a typical two-hour tour, guests are led through central Amsterdam to places like the city’s business district, which was an important area in the 16th century, especially for matters related to the Dutch West India Company and the Dutch East India Company. It might go unnoticed if not expertly pointed out, but something interesting lies etched and sculpted into the structures of the buildings here.

“On the buildings you pass by, you’ll see a gable stone that has this symbol of a Black person,” Tosch said, describing what is usually the depiction of a young Black child alongside a white businessman, often one who was a member of one of the Dutch India companies. 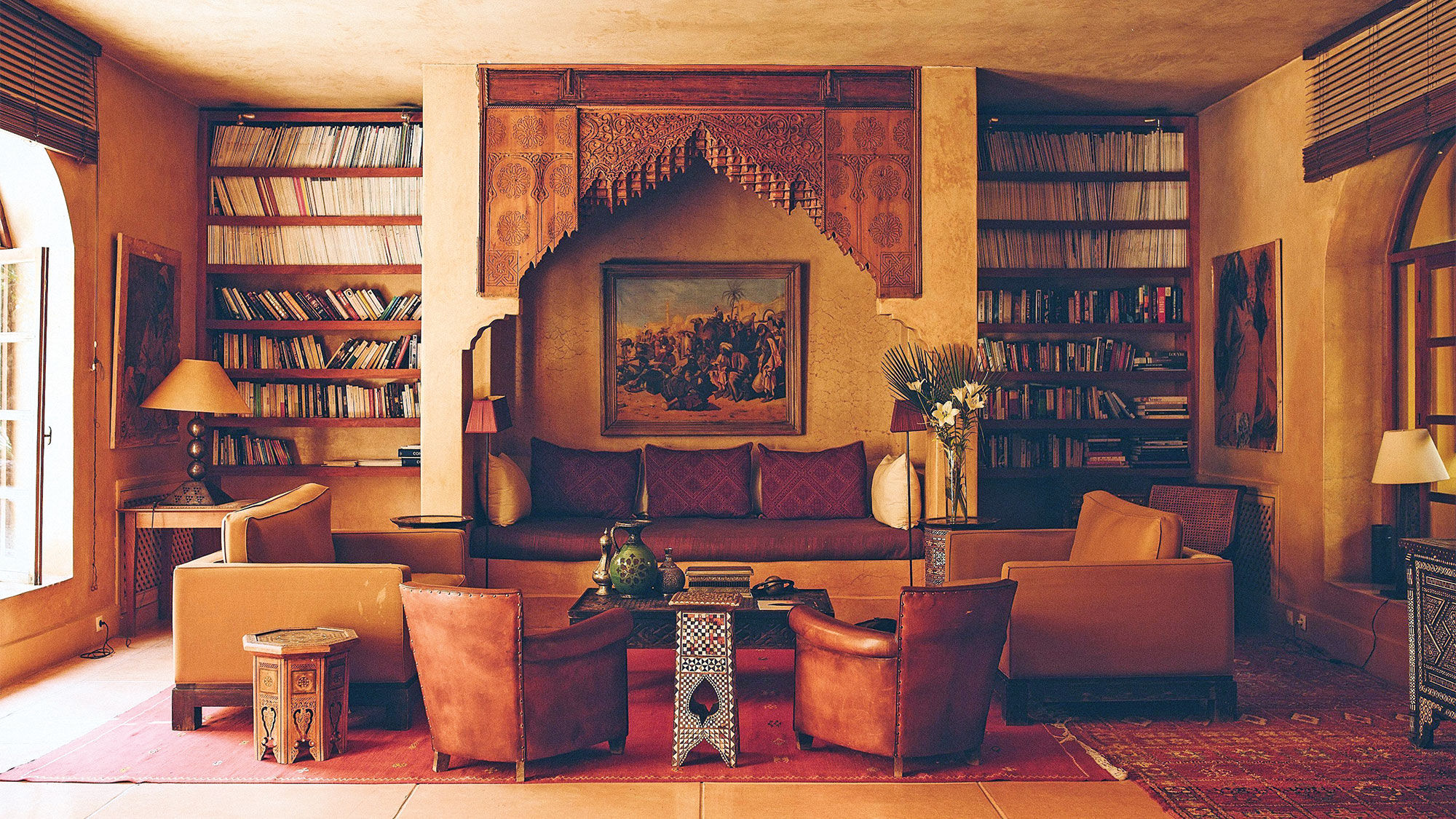 Perhaps now more than ever, Black travelers are looking to include cultural and historical experiences in their plans. And Black travel professionals are working hard to create those experiences.

These Black children depicted in the carvings, paintings and public monuments may have been called servants, but in reality they were slaves, despite the fact that slavery was illegal in the Netherlands. Slavery was, however, legal in Dutch colonies outside of Europe, where plantations of salt, sugar and tobacco were tended to by enslaved Africans, helping to build the country’s wealth and global power.

“These symbols, these gable stones, were like street signs. These were like status symbols. If you wanted to show that you had wealth, you would have this Black child, because children are symbols of innocence and submissiveness. You would add that to your gable stones much like a trophy or ornament,” Tosch said.

Since many of these gable stones existed in the commercial center of Amsterdam, Tosch said lots of buildings had them. “There used to be thousands of them, now more like hundreds.”

Controversial as these symbols are, and among the plenty that still exist on the facades of buildings in Amsterdam today, Tosch said one particular symbol seen on her tour arouses outrage regularly. 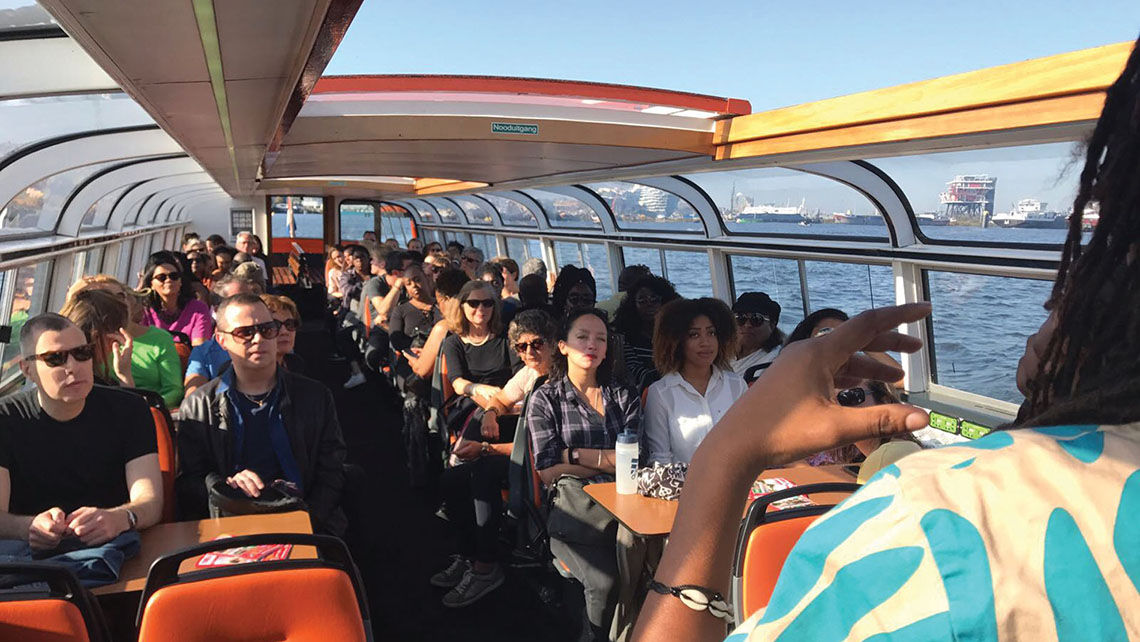 These gaper symbols are Black, Tosch added, in order to represent where the products came from: the Dutch colonies where slavery was used to produce spices and other goods in the 16th century. Back then, Tosch said, pharmacists would have Black servants perform for the public for promotional purposes, pretending they were sick and taking a placebo pill that would suddenly cure them of their ailments, leading them to dance in celebration.

“When they built the pharmacy buildings, they used the symbol of a Moor head or Black face to symbolize a pharmacy,” she said. “You can only find these gapers in the Netherlands and in some places in Belgium. But this was very exclusive to Dutch iconography.”

Most people visiting Amsterdam, Tosch said, are often interested in the canal city’s usual haunts: a visit to the coffee shops, a trip to the Anne Frank house, an evening in the red light district. But what Tosch has witnessed over the years across tourism groups, regardless of race, is that traveler itineraries of must-see things in Amsterdam have changed.

“We put the Black experience on the map,” Tosch said. “That mystique draws a lot of interest from a lot of people outside of the Netherlands who want a deeper experience, something immersive, not just the typical pointing out of buildings.”

The tour’s programming doesn’t just highlight slavery as a context for the presence of Black people in the Netherlands’ past, but also makes modern connections to the Black experience today.

To learn more about the tours, visit www.blackheritagetours.com/tours.

Australia holidays: The Ghan rail journey – all you need to know