The thought of coming face to face with a shark fills most with dread.

Ever since Jaws hit cinema screens four decades ago, many have been fearful of the sea predators.

So what should you do if you ever come across one? And is there any reason to worry about this scenario playing out?

Even though there are more than 480 species of shark in the world’s seas and oceans, the chances of being harmed by one are extremely low.

Around 62% of these incidents occurred when swimmers were body surfing or taking part in board sports.

The ISAF believes that this splashing and paddling may have unintentionally attracted sharks.

As thrashing about in the water can provoke the sea creatures, swimmers are advised to remain calm if they come across them.

Expert Richard Peirce said: “If swimmers see a shark, the best thing is to stay calm, keep eye contact, and try and slowly move away.

“The worst thing is to thrash about or panic and start to try and swim away on the surface.”

Other ways to reduce your chances of being attacked include sticking to shallow and clear waters.

It’s also advisable to avoid areas where fishermen are operating, as their bait can lure sharks.

Petting a GREAT WHITE shark? Are you insane?! 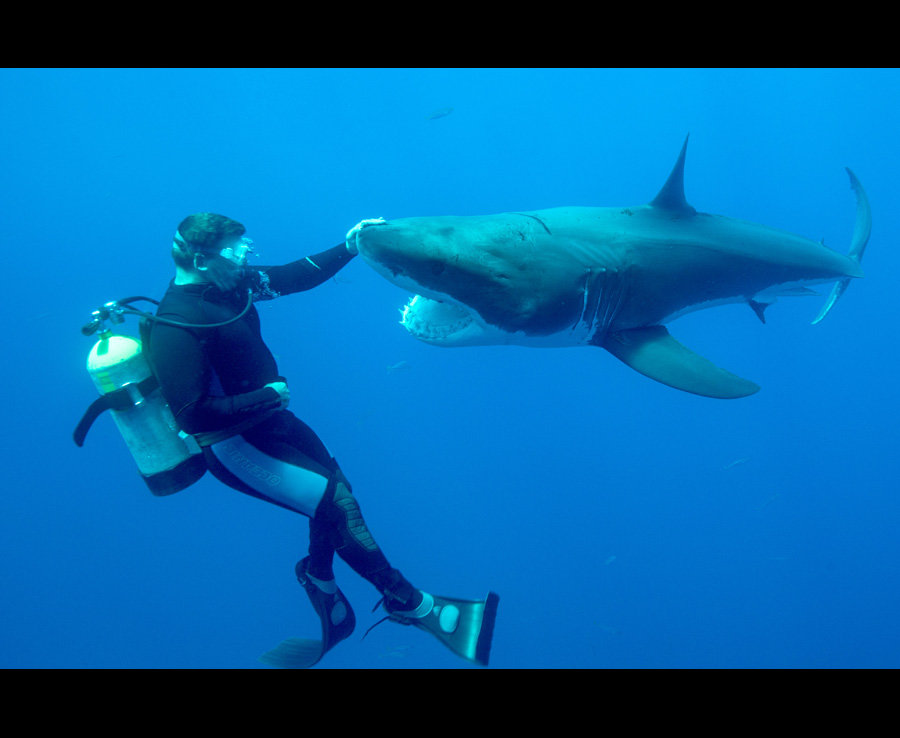 As well as reiterating that shark attacks are uncommon, Richard reminds the public that a lot of marine life is endangered.

The shark conservationist said: “The real threat is humans to sharks, rather than sharks to humans.

“We are poisoning the oceans with plastics, catching unsustainable numbers of sharks for their fins, and without sensible sustainable fisheries, many shark species could face the threat of extinction.”

The ISAF echoes this point, adding: “The somber truth is that the world’s shark populations are actually in decline, or exist at greatly reduced levels, as a result of over-fishing and habitat loss.

“On average there are only six fatalities that are attributable to unprovoked shark attacks worldwide, each year.

“By contrast about 100 million sharks and rays are killed each year by fisheries.

“There is a pressing need to conserve these animals and their associated habitats to ensure their sustainability in the long term.”