Years ago, I asked Billy Joel to perform in Montana. His tour director, Max, told me they’ll come when there’s a Four Seasons. Montana doesn’t have one—or a Ritz Carlton, a St. Regis or even a Hyatt.

Back then I was more familiar with Motel 6, so I couldn’t understand why Max insisted on the Four Seasons. Now, after a few years of working in the travel industry, I get it. Still, if you’ve never been greeted by name at check-in or returned to your room to find your favorite dark chocolate on a pillow of your choice, it can be hard to fathom the five-star magic.

“We better understand the value of our guests’ time more than anything,” hinted Anthony Gill, General Manager at Four Seasons Resort Chiang Mai, when I recently sat down with him to get their secret. He couldn’t promise me Montana will get a Four Seasons. However, he did shed some light on what, and more importantly who, is behind those elusive five-stars.

From the beginning, five-stars denoted a difference of luxury, product and service. Now, Gill thinks in addition to what he calls a “focus on luxury and a never-ending drive for the absolute best in product and service,” it’s more about the people. In this case, the people are employees whose satisfaction, ultimately, trickles down to guests.

“We have the best people at Four Seasons, no doubt,” claims Gill, a former employee of competitors like InterContinental Hotels Group, GHM Hotels and Anantara. “It doesn’t mean other brands don’t have great people, but people are our differentiators.” The 250 employees at Four Seasons Resort Chiang Mai—which has a perfect 5-star rating on TripAdvisor—are expected to always be “on their front foot,” as Gill calls it, and engaged with guests. This anticipatory service extends to all guests, at all times.

I experienced this firsthand when I arrived at the resort for my interview with Gill. I didn’t have the correct change to pay the driver of the cash-only taxi I’d taken. Without me asking, and without hesitation, the bell boy offered to make change inside the resort. I gave him a 1000 Baht bill and within 2 minutes he was back with change.

“I think that’s going over and above for others, but for Four Seasons it’s the norm,” Gill explains before launching into a story about the guest who coined the term “Four Seasons service moment.” This guest once arrived at a Four Seasons pool only to discover it hadn’t opened yet. Without saying a word, and assuming no one had seen him, he went back to his room and returned an hour later when the pool had officially opened. That night, he found a note from the pool team saying they were going to open an hour earlier the next morning. “See you there,” read the note.

More recently, this guest had a Four Seasons driver take him for beef noodles in Chiang Mai. While eating, he watched passersby approach the driver who was wearing his Four Seasons uniform. For 30 minutes, the driver held a map and gave directions to disoriented tourists. I asked Gill if these employees’ seemingly innate inclination to help is nature or nurture. “We attract like-minded people in a magnetic way,” he simply answered. They also keep them.

“I think Four Seasons is one of the top companies, not just in hospitality, but also in terms of employee retention.” For example, 20 of Gill’s current team members have been at the resort since it opened 25 years ago. “These core people are a part of the DNA of the property,” Gill says. “We build around them.”

Of course, knowing your core guests is also important. Until recently, the average age of a Four Seasons guest was 45. Today It’s 37. “We’ve invested a lot in guest recognition and keeping accurate data about where our guests have stayed and their preferences,” says Gill.

Four Seasons’ information technology platform contains profiles where everything from a guest’s favorite wine or beloved pet’s name is recorded. “All of that information is collected at property level and uploaded so that when you go to another Four Seasons there should be an automatic recognition,” explains Gill.

Even if it’s your first time staying at a Four Seasons, you’ll notice the devil in the details. Forgot sunscreen or bug spray? At Four Seasons Resort Chiang Mai, your poolside drink comes with sunscreen. Bug spray can be found in your walk-in closet. 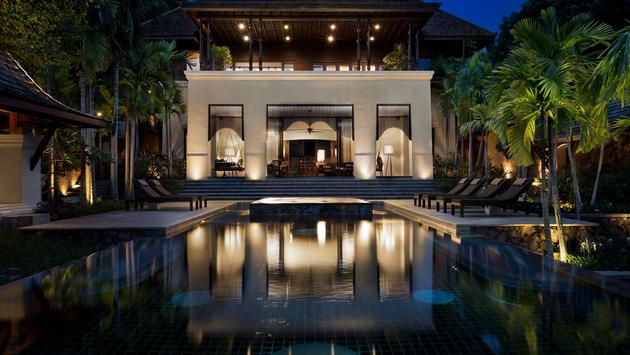 Speaking of bugs, each guest room has a card on the desk explaining that the buzzing outside comes from cicadas. And if you’ve ever rushed out of your room leaving a trail of charging cords behind, you’ll be relieved to come back to find them neatly coiled up. Arriving on a long-haul flight? Your welcome amenity—Four Seasons’ amenities can be considered gifts and all guests receive them—might be a jet lag elixir or bath salts from the spa. If it’s your birthday and staff could pick up on this during a phone reservation or from your passport DOB, expect cake and/or balloons.

But by far the neatest amenity I’ve ever received was at Four Seasons Resort Dubai at Jumeirah Beach. On the last night of my stay, I returned to my room where a silver necklace with my name spelled in Arabic was waiting for me. It even came with a certificate of authenticity and instructions on how to care for it.

But, do all of these extra touches, along with employees so remarkable you’ll want to know them on a first-name basis, justify spending an extra $100/night to stay five-star? If you ask someone who hears Four Seasons and immediately starts in on how much they hate winter, the answer is probably no. But if you ask a seasoned traveler like Max—who spends a lot of time on tour—the answer is yes.