NEW YORK — If you put travel’s top planners together in a room to talk about how they do business, in the end their clients will be the ultimate beneficiaries, by way of an elevated experience.

That’s the thought behind Wendy Perrin’s Global Travel Summit, an event that gathers the travel advisors, tour operators and other specialists that populate Perrin’s Wow List. This year’s summit was held at the Dream Downtown here at the end of January.

“It ups the level of travel for thousands of travelers out there, and that’s because the people in this room are the best travel planners in the business,” Perrin said at the event. “I know this for a fact.”

The Wow List is a compilation that dates back to 2000, when Perrin was working at Conde Nast Traveler. Back then, it was dubbed Wendy’s Rolodex. Every year, the list would appear in the magazine, and every year, travelers would send Perrin feedback on the specialists she suggested.

That feedback helped her change and improve the list annually. Today, the Wow List can be found on WendyPerrin.com. The specialists are vetted by Perrin for years before they even make the list. Then, travelers are encouraged to leave reviews.

Much of the conversation on the first day of the summit surrounded the changing nature of travel as issues like overtourism, environmental changes and political and natural crises are scaring travelers away from certain destinations.

One panel specifically discussed overtourism and ways the panelists are seeing it addressed in the industry. 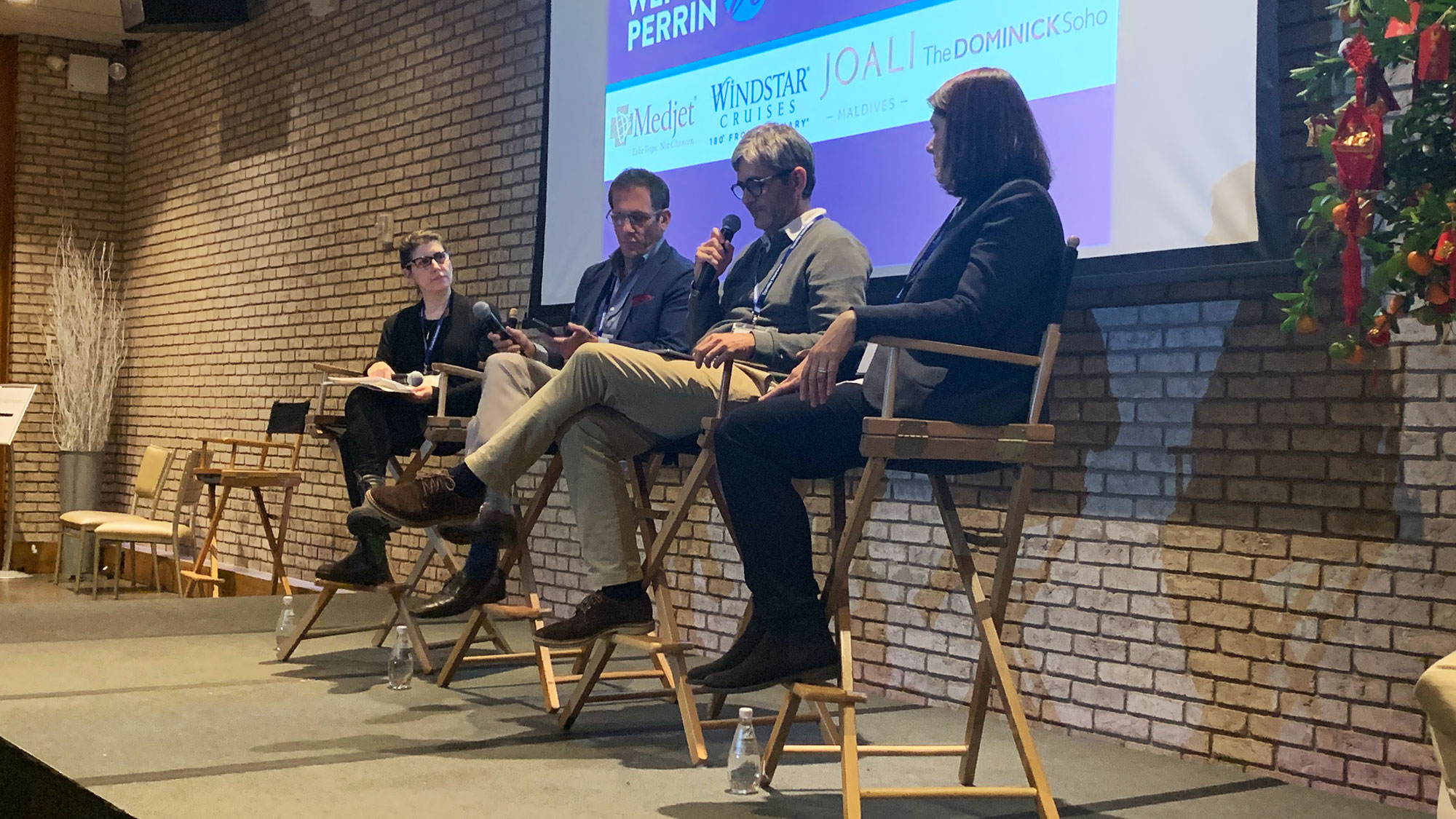 The session took on increasing relevance as news of the spread of coronavirus proliferated.

Bath, England, recently started charging motorcoaches a 100-pound surcharge to enter after the city found most tourists coming on buses were only spending a few pounds per day. Overnight guests, in contrast, spend about 130 pounds per day, according to Jennifer Virgilio, chief business development officer of the luxury lifestyle concierge company Queen of Clubs. She is hoping the coach surcharge will help.

Many sites in Israel are benefitting from the introduction of online ticketing in the past year, but that’s focused more on groups, according to Joe Yudin, founder and owner of Touring Israel. Visitors who want to buy just a few tickets cannot purchase online and are met, instead, with lines.

It’s a case for working with a trusted travel partner, Yudin said: they have relationships with people on the ground at the destinations. For example, he tries to get to know the cable car operators and ticket booth workers at Masada National Park. With those relationships, he can often get his travelers ticketed and onto the cars faster.

Gwen Kozlowski, general manager of Exeter International, said Dubrovnik, Croatia, has been a progressive city when it comes to cruise ship limits as well as limits on new restaurants and souvenir stalls. It’s been successful some of the time. She expressed hope that destinations will further implement timed entries and longer peak-season hours.

Timing is important, especially at a hot spot like Beijing’s Forbidden City that attracts both international visitors and Chinese tourists, said Mei Zhang, founder and CEO of WildChina. Like Yudin, she said local knowledge is key. She said her company knows the right gate and the right time to approach the city to avoid tour buses and be able to walk right in.

During a panel discussion on environmental changes and their impact on travel, examples were given where travel has had a positive impact. Cherri Briggs, owner and founder of African safari specialist Explore, said she believes that without tourism, Africa would have virtually no wilderness left. Similarly, Ashton Palmer, founder and president of Expedition Trips, said that bringing people to experience remote places firsthand is “tremendously powerful.”

But WendyPerrin.com editor Brook Wilkinson, the panel’s moderator, said sustainability isn’t a priority for most WendyPerrin.com travelers. She asked if it is incumbent upon the industry to lead travelers in that direction.

It is, Palmer said. Awareness of the changing planet is on the rise, and he said he believes travelers are looking to make better decisions.

“We can help to educate our clients on what steps are being taken so that they can infuse those choices into their buying decisions,” he said.

Queen of the skies: Why Boeing 747s are so cool