Home » Where to stay » The Rose, Deal, Kent: ‘A riot of colour and character’ – hotel review

In the narrow Georgian streets of Deal’s old centre, plaques tell the story of the seaside town’s colourful past. Once a busy port and notorious smugglers’ haven, it was home to an unusually large number of pubs in Victorian times, rowdy with sailors, tradesmen and marines from the local barracks.

While plenty has changed, Deal still has a rebellious streak. The high street brims with independent shops and cafes and the town has an arty side that’s often overlooked, with nearby Margate and its Turner Contemporary gallery hogging the limelight.

In the middle of the High Street is The Rose – until recently a rather rundown old boozer. The handsome 200-year-old building reopened as a boutique hotel, bar and restaurant in May, thanks largely to the vision of co-owner Chris Hicks. Hicks’ great-grandfather and grandfather ran Thompson & Son brewery – which had more than 130 pubs in the area in its early-20th-century heyday – and he dreamed of returning to his family’s hospitality roots and opening a place in town. 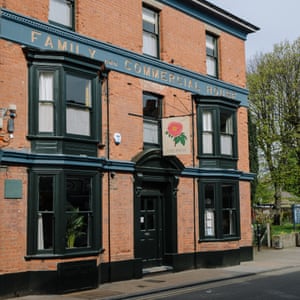 When I visit, The Rose has only been open a couple of weeks but there’s already a buzz about it. A group of women sip cocktails in the lounge, curious passersby peer through the windows and families settle down for lunch.

A red velvet curtain hides the staircase that leads up to the eight bedrooms. Forget the cool greys and pared-back decor favoured by many a boutique hotel: this place is a riot of colour and character and cleverly blends vintage, Victorian and mid-century elements. 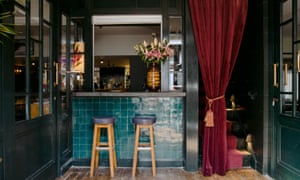 All the bedrooms are lovely in their own way: from number nine, the smallest with its blue patterned wallpaper and a bold yellow velvet headboard; to romantic number four, with dark walls, orange furnishings and purple roll-top bath. Piles of books, magazines and great artwork add a homely feel and nice touches include a record player (with a small vinyl collection).

Downstairs there’s original 1950s wood panelling and green velvet banquettes in the dining room, and a garden and deck for alfresco drinking and dining. I chat to Chris before dinner and he shows me photos of Nigel Farage enjoying a pint in the property’s previous incarnation, as a pub. The vibe today couldn’t be more different.

At the helm in the kitchen is Rachel O’Sullivan, whose CV includes London hotspots Polpo and The Towpath. The menu is short but intriguing. Roast heritage tomatoes with croutons and aioli (£7), taramasalata with radishes (£6) and grilled sardines with bobby beans (£11), are prettily presented and full of flavour. I can’t resist the “Dutch baby”, a pancake-cum-Yorkshire-pudding with buttermilk ice-cream and rhubarb jam (£6), which proves too huge to finish. 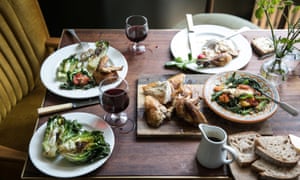 Breakfast is generous – with everything from homemade granola to a-la-carte options such as roast mushrooms and goats cheese on toast or steak and eggs, included in the room rate (from £4 for non-residents). I’m tempted to come back to try Sunday lunch, which isn’t bad value, with roasts from £14.

Deal is small, and everything a visitor could want is close at hand. The long pebbly beach has a striking concrete pier, and the coastal walks are particularly pretty: head west past the small castle to Kingsdown and up onto the white cliffs beyond for great views. 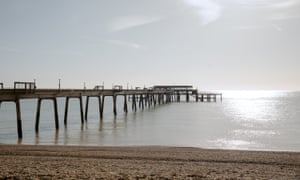 The Saturday market held in a car park on the high street is a must for foodies, with just-baked cakes from Deal micro-baker Eat and Mess, fresh coffee from Real Deal Roasters and a lively pop-up wine bar. Shopping ranges from vintage at Mileage to vinyl at Smuggler’s Records, an independent label that grew into a shop, plus cafe-bar. Opposite is The Just Reproach, a one-room micropub, and around the corner is local artist Neil (Ned) Kelly’s Don’t Walk, Walk gallery – one of several indie galleries in town. The new Kent Museum of the Moving Image is worth a visit too: it’s packed with original poster art from Ealing Studios.

With the opening of The Rose, Deal now has a place to stay that suits its creative, independent character. Chris even plans to relaunch Walmer Ale, the Thompson & Son brewery’s most famous tipple. It’s a nod to the past, while toasting a positive future. I’ll drink to that. 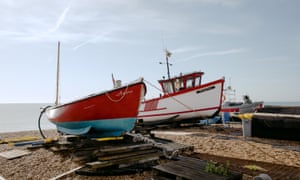 William Thomson, author of The Book of Tides and The World of Tides. He also runs regular Tide Walks (tidalcompass.com)

• Shop
Dunlin and Diver on the High Street focuses on supporting local artisans, stocking everything from print and pottery to jewellery and quilts (they sell my books, cards and maps too!). Other good homeware shops include Taylor-Jones & Son, which has a more animal/nature theme, and Hoxton Store, with a chic aesthetic.

• Music
I like The Lighthouse because it gets quality bands from all over the world. Last time I was in, there was a trio of French brothers and it was great fun. This would never have happened in Deal 10 years ago; with events like that I’ve often got to pinch myself that we’re in Deal.

• Do
Dover Sea Safari runs high-speed boat trips past Deal with a guide sharing the fascinating history of the town.

• Foraging
Lucia from The Wild Kitchen takes people along the beach looking for edible seaweeds and then adds them into delicious recipes with a tasty cook-up at the end.

These are the world's most colorful destinations