The pound to euro exchange rate has been going through turbulent time recently.

Unemployment levels fell to 4% in the second quarter, down from 4.2% in the previous quarter.

This means jobless rates in the UK have hit the lowest levels since February 1975, said the Office for National Statistics (ONS). 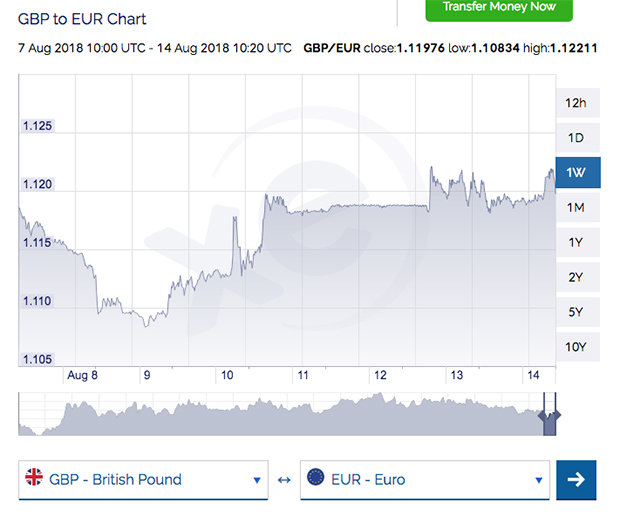 Senior ONS statistician Matt Hughes said: “For the first time since we started tracking zero-hours contracts, we’ve seen a substantial fall in the number of people on one in their main job.”

Following the news, the pound to euro exchange rate managed to push above the €1.12 mark.

Economic growth in the UK was boosted by the warm weather, according to the ONS.

UK economy grew by 0.4% in the second quarter, compared with a rate of 0.2% in the first quarter of the year.

The pound’s slight recovery is good news for Brits travelling to Europe this summer, although the exchange rate is still low.

Last summer the exchange rate hovered around €1.14 to the pound and this year it has remained even lower at around the €1.12 mark.

When is the best time to buy euros?

Why People Are Obsessed With the Carpet in the Nashville Airport