With Kiwi tourism hitting all-time highs, New Zealand has
emerged as a hotbed for hotel development.

In Auckland alone, roughly 2,500 new
rooms are slated to come on line in the next five years, with upscale Western
brands like InterContinental, SO Sofitel, Ritz-Carlton and Park Hyatt among some
of the city’s high-profile projects.

While Auckland is New Zealand’s most populous urban center
and a major tourist gateway, the trend extends well beyond one city. Industry
players welcome the supply influx, which is expected to help ease an ongoing
hotel shortage in the country.

“Tourism has overtaken dairy as our No. 1 export, and
although we have long forecasted this growth, we haven’t been able to ensure
that the infrastructure to support it has been in place,” said Steve
Armitage, general manager, destination for Auckland Tourism, Events and
Economic Development (Ateed). Fortunately, he added, home-sharing platforms
like Airbnb have helped close the accommodations gap in recent years.

According to the trade group Tourism Industry Aotearoa
(Aotearoa is the Maori name for New Zealand), international visitor arrivals
rose nearly 7%, to 3.7 million, in 2017. Though Australia and China have long
accounted for the largest share of New Zealand tourists, Armitage said the U.S.
is also contributing to the spike.

Recent government data from Stats NZ reveals that American
vacation arrivals hit nearly 225,000 this year, versus roughly 211,000 in 2017.
U.S. visitors are benefiting from increasing connectivity, with Air New
Zealand, for example, set to begin nonstop service between Chicago and Auckland
next month.

Virginia-based Travel Leaders adviser Mike King, an
Australia and New Zealand specialist, said, “There’s definitely an
increase in interest in New Zealand. I have more demand for New Zealand travel
right now than I usually see this time of year. Demand usually slacks off a
little in the summer, but it has not slacked in the least this year.” 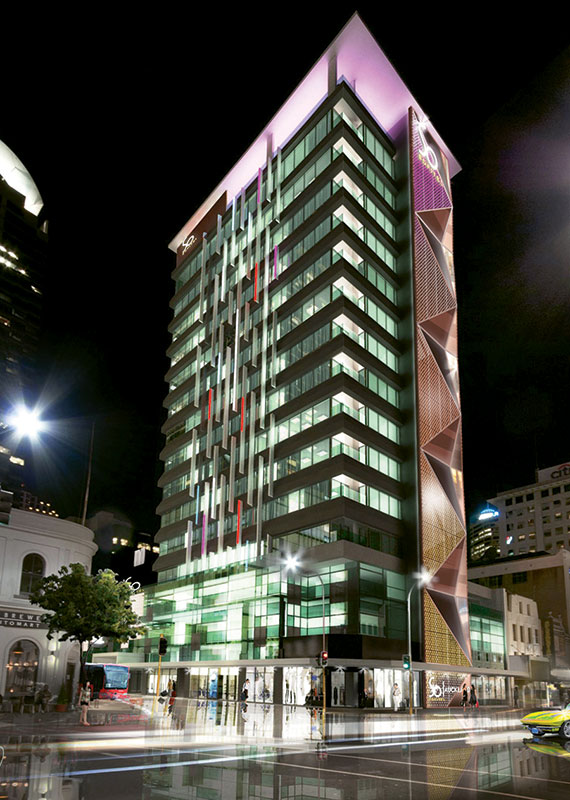 King credits New Zealand’s widespread recognition as the
setting for the “Lord of the Rings” and “Hobbit” movie
franchises as well as the country’s wine regions and famous hiking trails with
helping to stoke long-term interest in the destination.

Hotel accommodations, meanwhile, have failed to keep pace
with the rapid tourism growth. A 2016 government report projected that New
Zealand would have a shortfall of more than 4,500 hotel rooms by 2025, a number
exacerbated by the fact that the country is set to host both the America’s Cup
yacht race and the Asia-Pacific Economic Cooperation summit in 2021.

Armitage said, “Project Palace was introduced as a
solution and included a series of international road shows, which provided a
way to talk directly to developers about predicted visitor growth and existing
capacity and demonstrate that there was a real need and opportunity to invest.”

In the wake of Project Palace, hotel development in New
Zealand has ramped up significantly. AccorHotels, for example, has partnered
with developer CP Group for an official November opening of the SO Sofitel
Auckland, a 130-room property in the city’s downtown Britomart district.

Kerrie Hannaford, AccorHotels director of sales and
marketing for the South Pacific, said the opening will mark “the first SO
Sofitel in the Pacific region, and that truly is a testament to Auckland. The
city has really come into its own in the last seven to eight years.”

Other major developments include the expansion of Langham
Hospitality Group’s Cordis, Auckland hotel to some 650 rooms by 2020, making it
the largest hotel in New Zealand. They also include SkyCity’s New Zealand
International Convention Centre development in Auckland, which is slated for
completion in late 2019 or early 2020 and includes construction of the 303-room
Horizon Hotel.

Also of note is the recently announced InterContinental in
Auckland, which is being developed by Precinct Properties and is expected to
open by 2022. The 244-room InterContinental will be located on the waterfront
as part of the city’s new Commercial Bay mixed-use development, which will also
feature retail and office space.

Concurrently, InterContinental Hotels Group (IHG) has inked
a deal with Australian developer Ninety Four Feet to open New Zealand’s first
Hotel Indigo in Auckland by 2021, and the company has also detailed plans to
bring the first non-U.S. outpost of its wellness-focused Even brand to the
city.

Abhijay Sandilya, IHG’s senior director of development for
Australasia, said, “Over the last five years, Auckland hadn’t seen
significant supply growth. Construction costs are some of the most expensive in
the world, and historically, because of stagnant average room rates,
development of new hotels just wasn’t feasible. But now we are going into a
cycle where [the average daily rate] in New Zealand is up by as much as 14% to
15%, so we’re seeing a huge amount of activity.”

This rampant development, however, comes as New Zealand
finds itself grappling with the threat of overtourism. Some residents and
environmental activists have voiced concern over the country’s sharp increase
in visitors, which they say puts a strain on the country’s infrastructure and
endangers the pristine ecosystems for which New Zealand is known.

In an effort to alleviate some of these worries, New Zealand
recently announced it would levy a tourist tax, which is set to go into effect
next year.

Meanwhile, organizations like Ateed have linked with tourism
partners to work toward sustainable growth of the country’s tourism sector.
Earlier this year, in collaboration with hoteliers, Auckland Airport, Air New
Zealand, Tourism New Zealand and other stakeholders, Ateed launched its
Destination Auckland 2025 strategy focused on building the city’s tourism
sector in a more measured, thoughtful way.

“We have to look after the product in a better way than
we have at this point,” Armitage said.

AccorHotels’ Hannaford said, “The 2025 goal is about
how we can sustain this beauty but also cater to the next phase of tourism.”

Noting that Accor’s strategy puts an emphasis on job
creation, training and destination management, Hannaford said, “We know
there’s still room for a lot of growth, but we understand that we need to find
a balance, and we’re not going to overstep that.”

In King’s view, however, overtourism concerns in New Zealand
might be somewhat overblown because, “In New Zealand, there’s some
balance. It’s nowhere near as overcrowded as other popular destinations, like
Iceland. Some areas, like the geothermal sites in Rotorua, are definitely
crowded, but things aren’t yet at a level that can’t be controlled.”

ASTA's conference kicks off with humor, emotion and information

Qantas has a new solution to flight overbooking