Home » Where to stay » Friends Colleagues

AAA has named Paula Twidale vice president of AAA Travel effective Feb. 4. She replaces Bill Sutherland, who retired in December after more than 21 years with the organization. 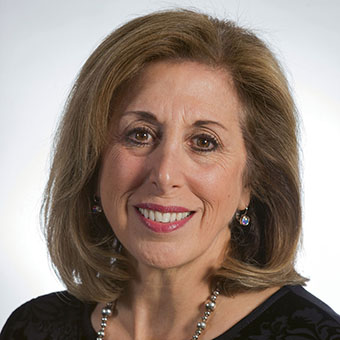 Twidale brings more than 35 years of travel industry experience to AAA Travel, including the past 27 years with Collette Vacations. She most recently was the company’s executive vice president in addition to serving as the first female board chair of the USTOA. In her new role, Twidale will create and manage strategic alliances with preferred suppliers in an effort to increase member benefits and will also guide the development of innovative technology solutions to support AAA clubs.

“AAA Travel has a strong reputation among its members and the traveling public as the go-to travel expert. I am honored to join an organization with the respected history and brand reputation of AAA,” Twidale said. “Travel provides a great opportunity to build member engagement through the offering of differentiated benefits and personalized services, which members have grown to expect from the AAA brand.”

Southwest Airlines has made its chief marketing officer, Ryan Green, a senior vice president. Green oversees the carrier’s media and advertising efforts; its loyalty program and ancillary revenue development; and its digital strategy for mobile channels and Southwest.com.

JetBlue has named Edward Baklor vice president of inflight experience. In the position, he will lead the airlines’ staff of 5,000 flight attendants. Baklor joins JetBlue from LaGuardia Gateway Partners, where he was chief commercial officer. In addition, the airline has named Brandon Nelson general counsel and corporate secretary. Nelson takes the position after serving as acting general counsel since July. A JetBlue employee since 2005, Nelson will lead the carrier’s legal, ethics, cybersecurity and environmental/social governance efforts.

Austin Taylor has been named cicerone at the rooftop beer garden Grain at the Hilton Norfolk the Main in Virginia. As cicerone, Taylor is responsible for the curation of over 100 beers available on draft at Grain. He brings with him over 12 years of experience in the Hampton Roads food and beverage community. He most recently served as supervisor at Tortuga’s Cafe & Tiki Bar and Ultra Craft Cocktail Lounge at the Oceanaire Resort Hotel on the Virginia Beach oceanfront.

The Singapore-based Como Group has named Tapa Tibble managing director of the Americas. In his new role, Tibble will oversee Como’s private island resort Como Parrot Cay in the northern Caribbean and sister property Como Metropolitan Miami Beach as well as upcoming projects that are in the pipeline in the region. Tibble joins Como from Aman Resorts, where he most recently served as regional director of Europe.

American Airlines has promoted Steven Graves to vice president of enterprise technology services. In his new position, Graves will be responsible for IT operations, network, end-user computing, telecommunications and vendor management. Graves has served as managing director of enterprise infrastructure services since joining American in early 2018.

The travel and hospitality marketing company MMGY Global has promoted longtime execs Katie Briscoe to president and Craig Compagnone to COO. Briscoe, who has been with the firm for 10 years, will serve as the first female president of MMGY Global. Compagnone, a 14-year veteran of MMGY Global, will oversee company operations and support services across its 10 global offices.

Visit Napa Valley will welcome Linsey Simpson Gallagher as president on Feb. 4. Gallagher has served as vice president of international marketing for the California Wine Institute since 2008.

Have an announcement you’d like to see included in Friends & Colleagues? Submit your stories and photos to Gerry Bourbeau, Travel Weekly deputy managing editor, at [email protected].

The Blue Train does KwaZulu-Natal