Home » Where to stay » A Visit to San Miguel de Allende

A mountain town set among the Central Mexican highlands, San Miguel de Allende is widely considered one of the most beautiful cities in Mexico. Affectionately known by locals simply as San Miguel, the city was recognized as a Cultural Heritage of Humanity World Heritage Site by UNESCO in 2008—a distinction bestowed because of its cultural contributions, Mexican Baroque architectural heritage, and its historical significance in Mexico’s struggle for independence from Spain.

Besides being famous for its exceptionally well-preserved Spanish colonial structures, San Miguel is prized for its year-round spring-like climate, numerous festivals and cultural celebrations, thriving arts scene, and creative gastronomy.

One of the best ways to explore the city is on foot, as San Miguel’s historic Centro is an amazing place to wander. Everywhere you turn, expect to encounter captivating elements of art, history, gastronomy and enchantment.

You can also visit the 18th century home of Ignacio Allende—one of Mexico’s most significant heroes in the fight for independence, and a national hero from whom the city (in part) takes its name. Various homes of other 19th-century revolutionary leaders and silver barons have been transformed into museums, banks or boutiques. 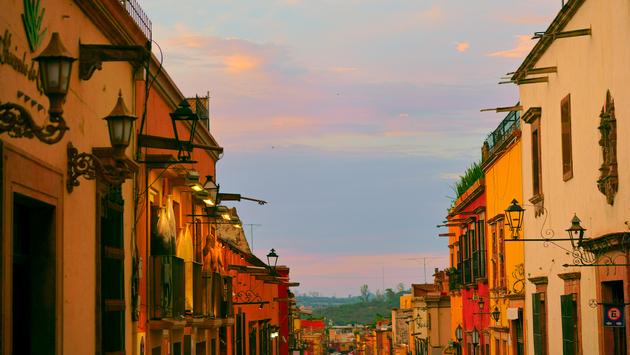 While you admire the cityscape, soak in the effect of hundreds of brightly colored doors opening onto lush private courtyards; saunter down quaint cobbled streets and charming corridors; or stop at any of several expansive street markets to browse handicrafts, such as pottery, woven baskets, and embroidered clothing. With more than 350 restaurants strewn about, you’ll never find yourself without dining or snacking options.

When it comes to accommodations, the luxurious Live Aqua Urban Resort is ideally situated in the heart of the city’s Historic Quarter, adjacent to a centuries-old dam at the Obraje Reservoir.

Part of Grupo Posadas’ elite La Colección, Live Aqua Urban Resort distinguishes itself through its avant-garde architectural and design aesthetic, which also pays homage to San Miguel’s glorious past, with subtle touches that incorporate the city’s characteristic textures and shapes. Designers drew inspiration from San Miguel’s rich cultural and architectural heritage, referring back to its plazas, gardens and patios. 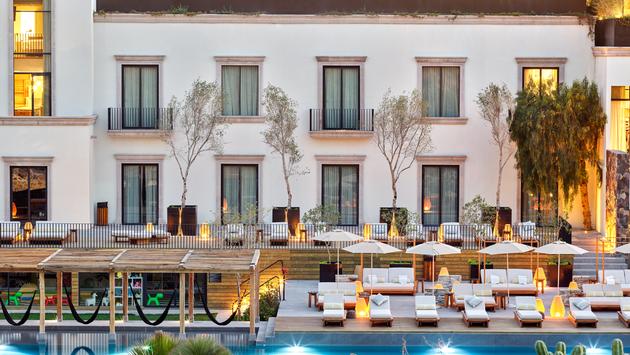 The exterior of this renovated, hacienda-style building is draped in green vines and bougainvillea, with a cobblestone walkway, and courtyard featuring fountains and contemporary bronze sculptures. Offering 153 luxury rooms, Live Aqua Urban Resort is now the largest hotel in San Miguel de Allende.

Just opened in Spring 2019, the Feel Urban Day Spa by Aqua provides a serene sanctuary where guests can indulge in a highly sensory journey to relaxation. Featuring ten treatment rooms, a steam room and private pool, the spa invites guests to make this their personal oasis for balancing the body, soothing the mind and freeing the spirit.