De Marktkantine has been around for about two years. For me, it’s the most unappreciated club in the city even though the programming is high-quality, and varied. There are other clubs in Amsterdam that are trying hard to trademark a certain style but Marktkantine is more relaxed about who can come in. You can still see the balconies and booths from when it was a theatre. The balcony is particularly large and gives a great view down onto the stage. Then, behind the stage there are stairs up to another level with a small bar. They just started a new series of nights, curated by DJ and producer duo Red Axes, with shows every couple of months. The first edition was a success and musically it was amazing.
• Jan van Galenstraat 6, marktkantine.nl
Nicky Elisabeth, DJ, soundcloud.com/nicky-elisabeth 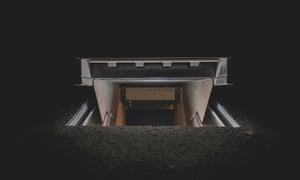 Shelter is among the newest additions to the city’s club scene. Finally, a club in the north side of Amsterdam! The venue opened during Amsterdam Dance Event (ADE) 2016 and is in the basement of the former Shell tower, hence the name. Standing in front of the entrance you immediately get that underground vibe. Literally. On club nights the venue opens a hatch, which you walk down to get inside. You enter a spacious, concrete room with a very good sound system. It’s dark, but not too dark – you can see who’s dancing next to you. The crowd is really open – whether you play house or techno, people follow your lead. And, with its 24-hour permit, nights merge easily into mornings.
• Overhoeksplein 3, shelteramsterdam.nl
TITIA, DJ, soundcloud.com/djtitia 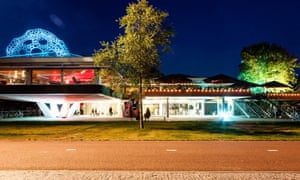 We deliberately picked the Tolhuistuin for our club night, Progress Bar, which focuses on a more socially and politically aware take on club culture. We mix talks, screenings, performance and clubbing into one night. Just a short ferry ride across the IJ from Central Station, Amsterdam Noord prides itself on an edgier and raw atmosphere – that still persists amid the gentrification. Tolhuistuin is a good example of this. It’s in the canteen of the old Shell factory, an industrial remnant that has been repurposed as a cultural destination offering a mix of music, theatre and exhibitions, bringing together mainstream and more avant garde, free-spirited programming.
• IJpromenade 2, tolhuistuin.nl
Chee Yee Tang, organiser of Sonic Acts Festival 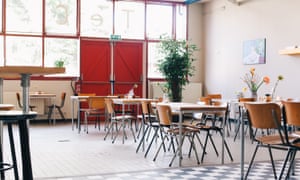 This place is more than a club: it is also one of the best restaurants in town, a bar, a gym and it shows great art that you can still see during club hours. There are also two other venue spaces, Muzieklokaal and s105, for smaller nights and live shows – and the garden is our favourite spot to hang out on summer nights. There is a great creative energy around this whole building. Of course, the club itself is amazing. It’s exactly what you want: intimate-feeling, but big enough to get lost in, with crisp sound and a sense of freedom.
• Dr Jan van Breemenstraat 1, deschoolamsterdam.nl
Orpheu de Jong and Hugo van Heijningen, founders of Red Light Radio 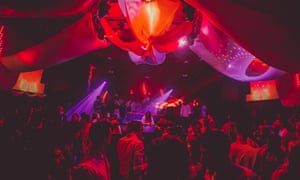 Years ago this building used to be a … sugar factory, but since the venue opened its doors in 2005 – near the centre of Amsterdam – it has been home to Wicked Jazz Sounds, our weekly Sunday club night. We came from a club without any facilities, so by comparison the Sugar Factory felt like getting into a warm bath and then being embraced by lovely, caring people. This club holds up to 500 people but still feels intimate, has a great sound, an amazing amount of lights, and a wide variety of programming, every day of the week.
• Lijnbaansgracht 238, sugarfactory.nl
Phil Horneman and Manne van der Zee, founders of Wicked Jazz Sounds which celebrates its 15th anniversary this year 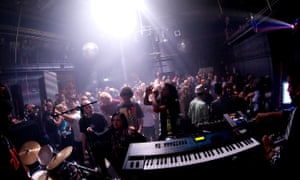 OT301 is a real Amsterdam heartthrob. The former squat packs in 300 people for experimental and rowdy club nights, concerts and collaborations. Think nights hosted by Rush Hour, Sub:Terrein, Sonic Acts and our own club night, Somewhere Else. The multi-storied, graffiti-covered building holds a club, a tiny underground dance room, a gallery space, a vegan restaurant and a cinema. Subbacultcha has hosted nights at OT301 from the beginning, so we decided it was fitting to celebrate our 10th anniversary last year with a takeover – filling every inch of the OT301 with emerging music.
• Overtoom 301, ot301.nl
Chosen by the team at Subbacultcha magazine 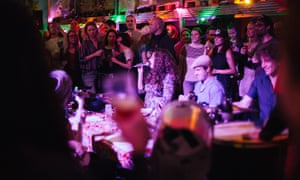 The home of Amsterdam’s new favourite local brew, Oedipus, is a gem in Amsterdam Noord. The brewery is a simple spot that offers a few beers on tap, an empty space for dancing and a couple of benches out front. DJ Broadcast had its fundraiser there this year, which was a blast. Catch Red Light Radio’s much-loved Liquid Jams on a given Sunday, when a band is invited to perform amid the beer barrels. And don’t miss the famed Brazil in the Brewery nights that brings the vibes, music and atmosphere of hot Brazilian nights.
• Gedempt Hamerkanaal 85, oedipus.com
Chosen by the team at Subbacultcha magazine 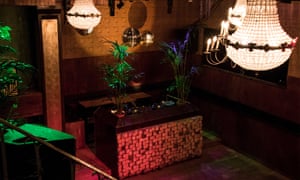 There is obviously a diverse array of clubs in Amsterdam; I love De School for good sound and a night of raw energy; OT301, which is cosy and raw. One club that deserves a special shout out is Claire, where I have a residency, and which has given me the opportunity to grow as a DJ. Claire has great acoustics, a wonderful wooden floor and feels like a living room! Unfortunately it’s in in the not-so-soulful area of Rembrandtplein, though the club itself is a soulful place. It opened during last year’s Amsterdam Dance Event and its lineup presents a great mix of underground artists, from Volcov to the Parisian Antinote crew.
• Rembrandtplein 17, claire.nl
Margie, resident on Red Light Radio and runs Rush Hour Magazine, soundcloud.com/akamargie 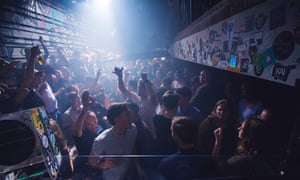 For me, Club NYX is a little bit more “free” than the rest of Amsterdam’s clubs. It’s a three-floor venue and on the third floor, which is the toilet, there’s also a DJ booth – so you can dance and pee and wash your hands in this big penis-shaped sink. The decorations are “out there”: there are neon words everywhere and stairs that go nowhere. The first few times I went I got lost and every time I take someone for the first time they get lost too. Throughout the week there are a lot of parties that focus on being inclusive. It’s still a gay club really, but on Thursday nights it has parties that are for everyone. There’s a regular night, called Vogue, where there are these ballroom parties. Everyone puts on wigs, big dresses and just dances; it’sfun. My friends and I love going because (and it sounds really stupid) it feels like everyone is in it together.
• Reguliersdwarsstraat 42, clubnyx.nl
Lyzza, DJ and producer, soundcloud.com/lysadasilva

De Trut has been going for around 32 years and I’ve been going for 17 of them. It’s only open on Sundays, from 10pm-3am, held in a a former squat that is now a foundation: everyone works there voluntarily and all the money from the club goes to LGBT-related projects. The venue is a cement basement, but is very colourful; there are all these televisions showing gay, or lesbian porn (though now not so much). It’s kitsch, but they also fight for their ideals. By 9pm there’s always a queue and only about 250 people can fit in, and there’s no guestlist. No photography is allowed, either. It’s an amazing place to go if you’re gay.
• Bilderdijkstraat 165-E, trutfonds.nl
Carlos Valdes, resident DJ for LET and organiser of Is Burning club night, soundcloud.com/carlosvaldesmuzik

Voyager to return bolder than ever ·