Home » Travel » World War 3: The hostile countries to AVOID if war breaks out as US & Iran tensions rise 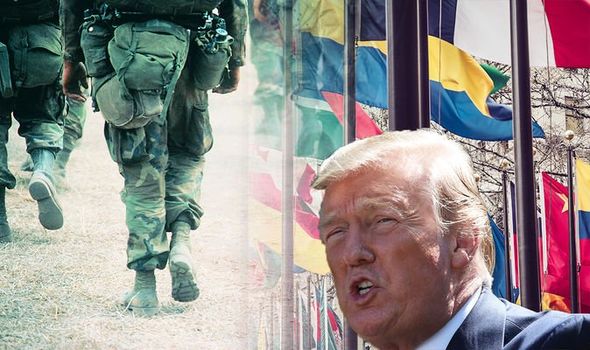 WW3 fears are increasing as speculation swirls that the USA could be on the verge of full-scale conflict with Iran. On Thursday, Japanese-owned Kokuja Courageous and Norway’s Front Altair vessel were sailing from Saudi Arabia when they were reportedly ambushed in the Gulf of Oman. US Secretary of State Mike Pompeo was quick to point the finger at Iran for the “unprovoked attack”, claiming the US had made its assessment based on intelligence of the weapon reportedly used and “recent similar Iranian attacks on shipping”. However, Iran has denied the claims. With World War Three a worrying possibility, which are the most hostile countries to avoid should the worst happen?

World War 3: The least peaceful countries in the world revealed

The 2019 Global Peace Index (GPI) this year revealed the least peaceful countries in the world – which should be avoided should global conflict erupt.

Afghanistan is now the number one least peaceful country on the globe – a spot previously occupied by Syria.

The number and duration of internal conflicts fought worsened in Afghanistan. There was also an increase in conflict deaths.

The country also experience 20 per cent deterioration in the feeling of safety – how safe respondents felt walking alone at night.

The GPI stated: “In Afghanistan, confidence in the military fell over 31 percentage points in the last five years, which corresponded with a strong deterioration in peacefulness over the same period.”

Confidence in the police also sank. “In the past year, Afghanistan had the largest

deterioration in confidence in the local police, falling by 32 percentage points,” GPI said.” Lastly, drought is of primary concern. 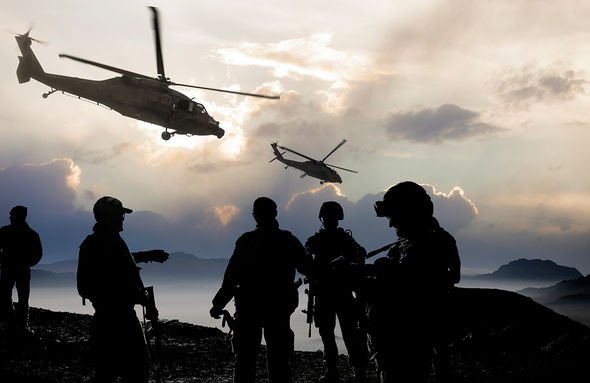 Syria was once the least peaceful country in the world before it was replaced by Afghanistan shifting Syria to second least peaceful.

According to GPI: “Syria, Afghanistan and the Central African Republic incurred the

largest economic cost of violence in 2018 as a percentage of their GDP, equivalent to 67, 47 and 42 per cent of GDP, respectively.”

South Sudan came in third to last place on the 2019 Global Peace Index. South Sudan – along with Iraq, Libya, the Democratic Republic of the Congo, Sudan, North Korea, Nigeria and Mexico – have ten per cent or more of their population in high climate hazard areas, amounting to 103.7 million people at risk.

The GPI added: “Regionally, sub-Saharan Africa has the weakest coping capacity for climate hazards, which could exacerbate climate-related violent conflicts. There are 122 million people at risk in the region.”

This is the first year since the Global Peace Index began that Yemen has been ranked amongst the five least peaceful countries.

According to the GPI: “Yemen recorded the second largest deterioration, deteriorating in all three domains last year and falling two places to be the second least peaceful country in the world. 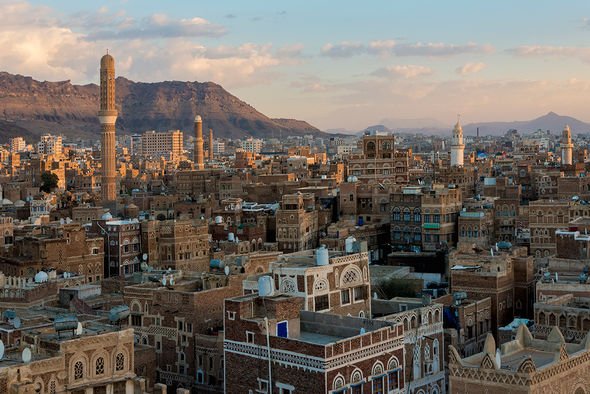 “Yemen remains the site of the world’s worst humanitarian crisis. Over 24 million people, or 80 per cent of the population, are in need of protection and assistance, while aid has been repeatedly blocked.

“Four years of military stalemate between the Houthi rebels and the Saudi-backed and US armed Yemeni government continued into 2019.

“A ceasefire in Hodeidah – a major port city that was one of the last access points for aid to more than eight million victims of famine – was negotiated in December of 2018, but neither side had withdrawn its troops by April of 2019.” Yemen also faces a high risk of tsunamis.”

Iraq is the fifth least peaceful country in the world for 2019. It improved in ten indicators and deteriorated in only four.

“The armed services personnel rates and refugees and IDPs as a percentage of the population recorded the largest improvements, and the country’s scores for the Political Terror Scale also improved substantially. The impact of terrorism also subsided,” said the GPI.

Iraq (and Somalia) also stand out as a very high risk of multiple climate hazards.

France, Italy & Spain ease lockdown – but will Britons be banned from future travel?

Would you buy a one-way ticket to Mars? Tell us your answers