Dazzling Dundee: Why the new V&A museum will give you more reasons to visit this fascinating city

Two teenagers are smoking in Dundee’s 16th century cemetery, The Howff. I ask if they’ll visit the new V&A museum and one answers ‘yes’; the other rolls her eyes.

It’s taking time to win over Dundonians and American rocker Chrissie Hynde caused a rumpus recently when she complained about ugly buildings ruining the view of the gallery.

But spotting it as you drive into town over the Tay Road Bridge is a thrill, and there’s a buzz about the place, not least because Dundee is the UK’s first and only Unesco City of Design. Built to celebrate the city’s position on the Tay, the V&A, which is free to enter, gives fantastic views of the vast river and the long road and rail bridges across it. 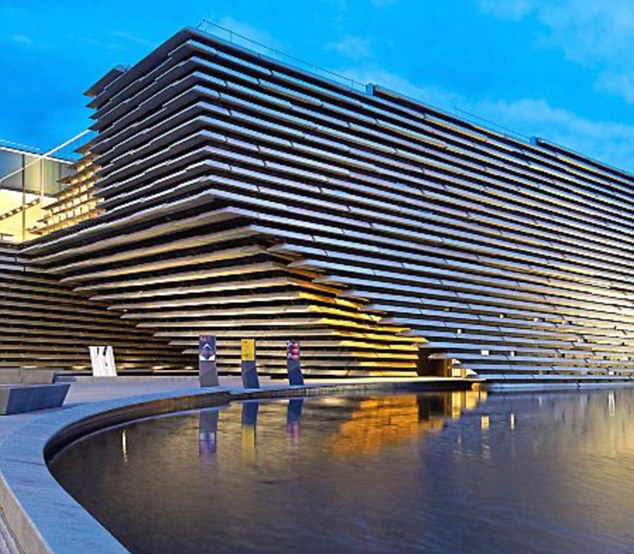 Origami style: Dundee’s new V&A museum was built to celebrate the city’s position on the Tay

Kengo Kuma, the Japanese architect behind the gallery, is also responsible for Tokyo’s Olympic Stadium. One local says his son thinks it’s Darth Vader’s house — and you can see why.

All sorts of angles travel in all sorts of directions, origami-like. Alongside the V&A sits the RRS Discovery, in which Captain Scott sailed to the South Pole in 1901. Ernest Shackleton began his Antarctic career on this expedition, and the ship was built in Dundee.

Discovery was trapped in the Antarctic ice for two years and it’s extraordinary to imagine how the men survived on a diet of penguins. The birds have become something of a symbol for Dundee.

The city was perfectly placed for sea trade and by the 1860s, the jute business was booming, with ‘juteopolis’ shaping the city skyline.

Half of the mills survive. One, Verdant Works, is a brilliantly informative museum, and you can sleep in another — the new Indigo Hotel on Constable Street.

The beds are comfortable, the poached eggs perfect, the staff warm and friendly and you’re around a ten-minute walk from the city centre.

If you want a trendy coffee or a bite to eat and your hair cut, head for youthful Exchange Street.

Dundee is 56 miles north of Edinburgh, and the great outdoors is on the doorstep. You’re only a 20-minute drive from Broughty Ferry Beach and the Cairngorms are an hour or so north. 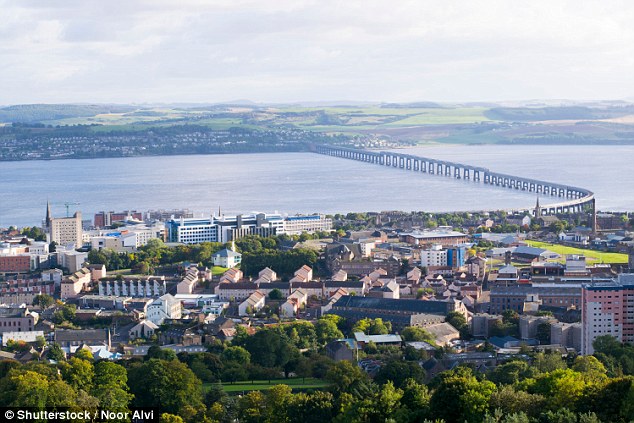 Exciting times: Dundee is the UK’s first and only Unesco City of Design

Of course, the V&A isn’t the only place to see art. The light-filled DCA (Dundee Contemporary Arts) has an exhibition of Santiago Sierra’s photography documenting his journeys to the North and South Poles — more echoes of Dundee’s past.

Beano fans should head for the McManus, which is celebrating 80 years of the comic still created in the city. And don’t leave without seeing Dante’s Dream by Rossetti in the McManus’s Victoria Gallery.

Dundee’s past is fascinating but now there’s real excitement for the future. In The Courier, a local reporter describes the ‘giddy joy’ of it all.