The workout that rules the waves! Toned celebs love to paddleboard in exotic locations, but what’s it like for a beginner in blustery Pembrokeshire?

First, there were a few sightings of Cindy Crawford, Kim Kardashian and Pippa Middleton all at it.

Then, suddenly, it morphed into the world’s fastest-growing watersport, with holidays and retreats dedicated to the phenomenon.

Yes, stand-up paddleboarding (SUP), as it is known, has reached new heights, not least because it has been hailed as the way to get a washboard stomach and rock-hard derriere. 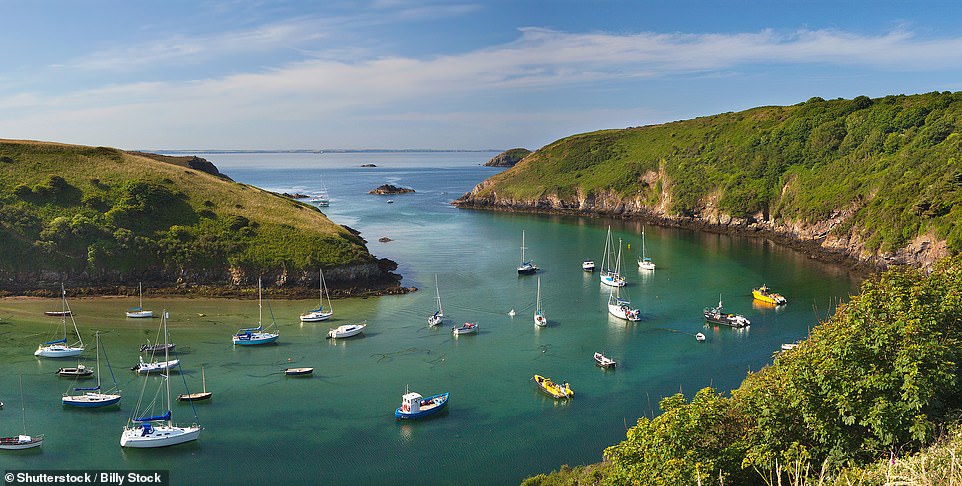 SIX FACTS TO FLOAT YOUR BOAT

2. Surfing will make its debut at the 2020 Olympics in Tokyo (now being held in 2021 becaue of Covid-19). Stand-up paddleboarding (SUP) might feature at the 2024 Paris Olympics.

3. SUP provides a full body workout. An hour-long session can help you to burn up to 700 calories.

6. Paddleboard yoga has become popular in landlocked cities, including on the River Thames in London.

Apparently, the combination of balancing and paddling is excellent for building core body strength and improving arm, leg and gluteal muscles.

Of course, it helps that the pictures of celebrities, including Nicole Scherzinger this week, are always in exotic locations on seas as flat as a pancake. I’m just not sure I cut quite the same dash in Welsh waters and dressed in a wetsuit, helmet and lifejacket.

My friends and I are giving SUP a go with TYF Adventure in Solva harbour, Pembrokeshire, in thrashing rain, rumbles of thunder and gusts of wind. 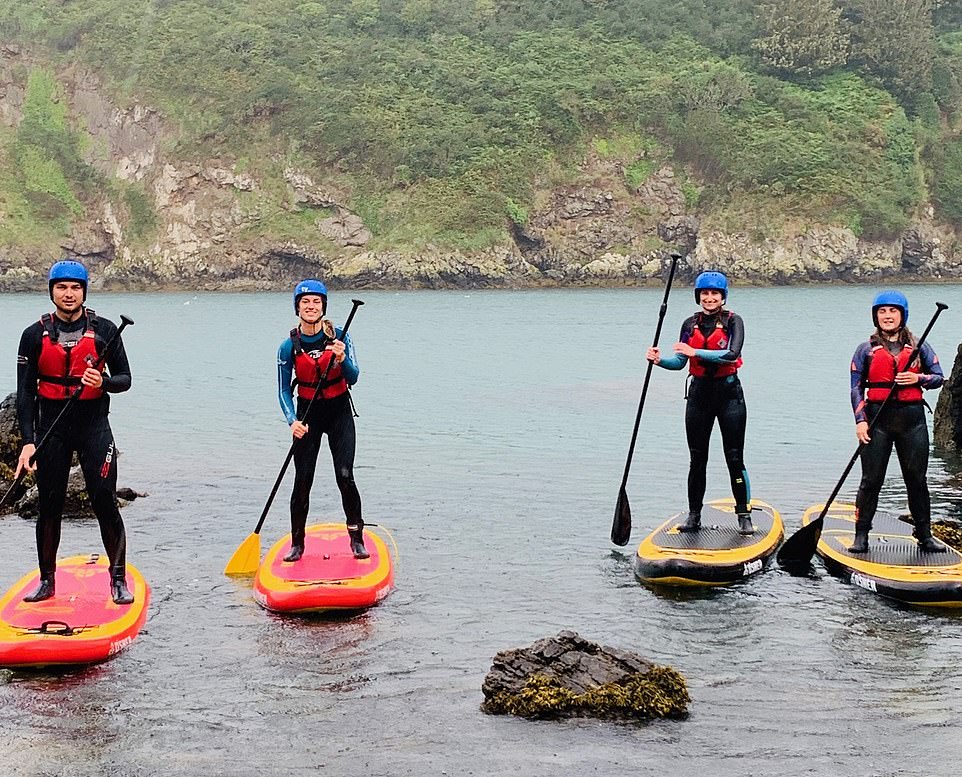 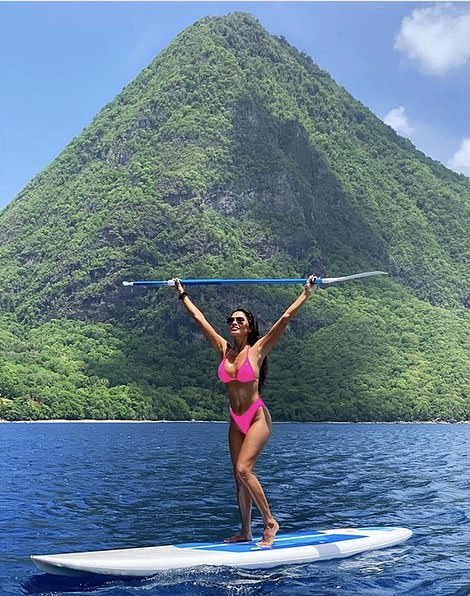 We start off on our knees to get our balance and move to our feet with relative confidence. The boards are surprisingly buoyant, far more so than a beginner’s surfboard.

Matt, our instructor, is on his fifth season at TYF.  ‘We started doing SUP sessions three years ago and it has been crazy ever since,’ he says while keeping a close eye on me as I tremble with every pull of the paddle.

‘Everyone wants to try it out. It’s really accessible and so much easier than learning how to surf. Most people can stand up almost instantly. Some find it more difficult but are able to get to their knees and still have a great time.’

Paddleboarding — standing on a floating surfboard while using a single paddle — dates back to the 1950s when Hawaiian beach boys stood on their long boards while teaching tourists to surf.

Our boards are three metres long but weigh just 7.5kg (16lb), making them easy to carry. In the middle of the board, there is a rubber foot pad with a handle. We are told to put our feet either side of it.

I work out that I can paddle two strokes on each side, then rest for 30 seconds or so, while enjoying the sodden scenery and catching my breath. We make our way through the harbour, dodging the bobbing fishing boats and seaweed.

As we join the open sea, we pass plucky swimmers dressed in nothing but trunks and bright orange tow floats before stopping on a tiny pebble beach for a rest and a quick picture.

I never feel in complete control — especially when exposed to the wind. But, even with the thunderstorm above us, it feels almost meditative.

Paddleboarding requires open shoulders, measured breaths of sea air and concentration only on the next stroke.

Call it mindfulness if you wish. I’d say it’s harder but far more invigorating than it looks.

Delta Extends Waivers for Another Month

These were the top trending travel destinations of 2019, according to Google

STR hotel projects up in Caribbean and Mexcio

Why you should visit the glorious Gower Peninsula