The footage was shared by Memphis Airport on Twitter, with the caption: “Check out this surveillance video from Gate A27 at MEM during Monday’s tornadic storm:

“That’s a jet bridge weighing several *tons* being blown into the side of A concourse.”

Luckily no one was hurt in the freak weather, confirmed the airport, posting: “Fortunately, no one was injured in this incident.”

The video, shot in black and white, shows the heavy rains blasting the airport in the early hours of the morning. 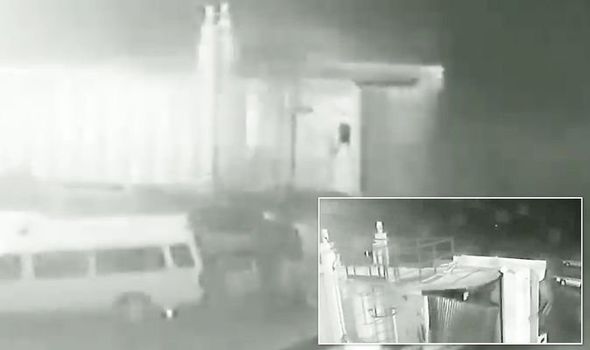 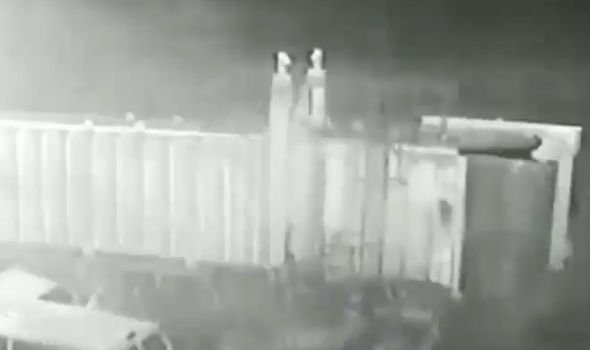 Then, suddenly, out of the darkness and cloud of rain, the huge and heavy jet bridge looms.

It comes rocketing towards the camera at a terrifying speed, despite its great weight.

The jet bridge slams in multiple vehicles parked on the tarmac as it flies across.

It slides right under the CCTC’s lens and all but disappears from view as it finally comes to a rest.

The storm shown came as a tornado blasted Southeast Memphis on Monday in the USA.

According to the National Weather Service, the storm was classified as an EF1 tornado.

It reached an estimated peak wind speed of 105mph and moved 1.4 miles, with a width of about 180m, reported The Independent. 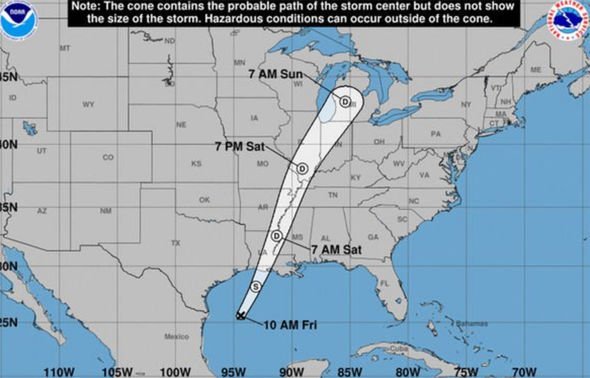 It’s not the end of bad weather striking the USA, however. Two tropical cyclones are currently developing in the Atlantic Ocean.

According to the National Oceanic and Atmospheric Administration (NOAA) one storm, named Tropical Depression 17 for the time being, could make landfall in the US state of Louisiana on Friday night or Saturday morning.

At the same time, a non-tropical low is centred a few hundred miles from the western Azores.

There are currently no storms strong enough to be categorised a hurricane, but the Atlantic Hurricane season will run until November 30, 2019. 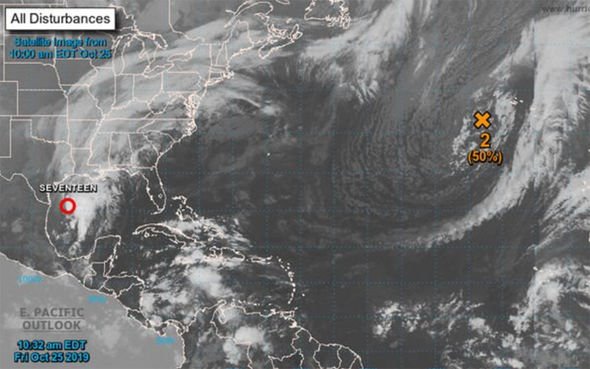 The season is the fourth consecutive year of above-average, damaging seasons, going back to 2016.

Heavy rain is expected in southeast Louisiana on Friday and Saturday, along with above-normal tides and some tornadoes.

In addition, a flash flood watch has been ousted for the Baton Rouge and New Orleans until Saturday afternoon.

According to the National Weather Service, most areas will get two to four inches.

Up to eight inches are possible in isolated areas through Saturday and some flooding is possible in low-lying areas.

Ryanair has a huge sale with flights from £19.99 including Spain and Portugal