A group of hikers were left in a state of terror after a black bear approached them during a walk. A shocking video of the incident has gone viral after being uploaded to Twitter. It is understood to have taken place in Chipinque Ecological Park in San Pedro Garza García, Mexico.

The alarming footage captured a trio of walkers on a popular hiking trail.

However, the day out has been interrupted by the terrifying presence of a very curious black bear.

The large animal pads around the three hikers as though investigating them.

Incredibly they manage to remain impressively calm in the face of the scare. 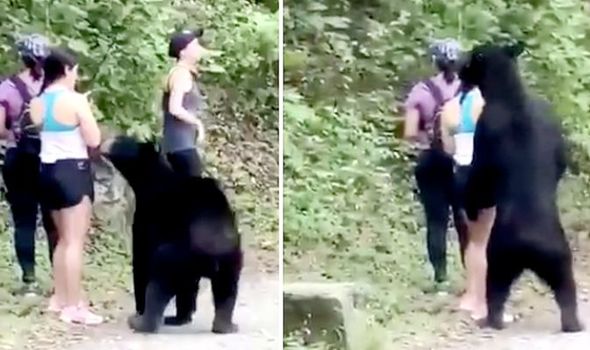 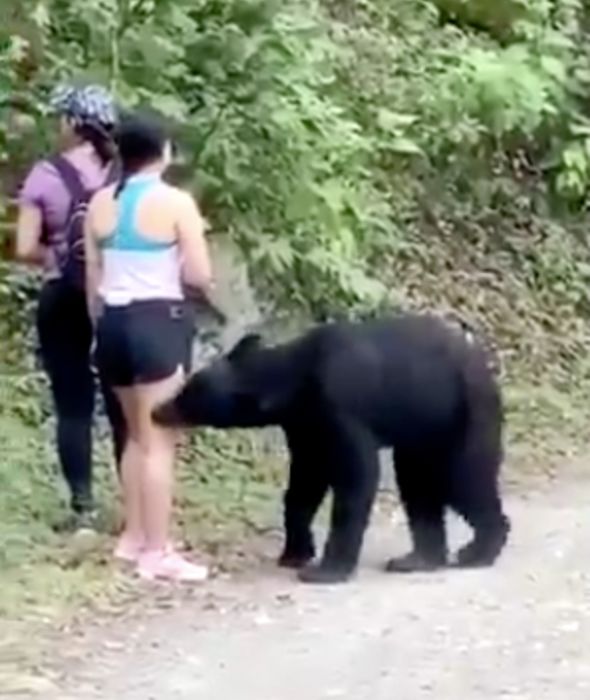 One has their back turned away while another stands little way off and manages to distance herself from the bear.

However, the third hiker clearly piques the animal’s interest.

It’s so intrigued it proceeds to rise up on its hind legs and tower to its full height directly behind her.

The bear seems to be sniffing the woman who manages to stay stock still and making no noise.

The creature then wanders off slightly before returning to the same hiker.

It presses its snout against her thigh causing her to step back while still appearing to maintain her cool.

The bear then swipes at her leg with a paw and she turns to the person filming with an expression of panic on her face.

However, thankfully, the animal appears to then lose interest in the group altogether and wanders off. 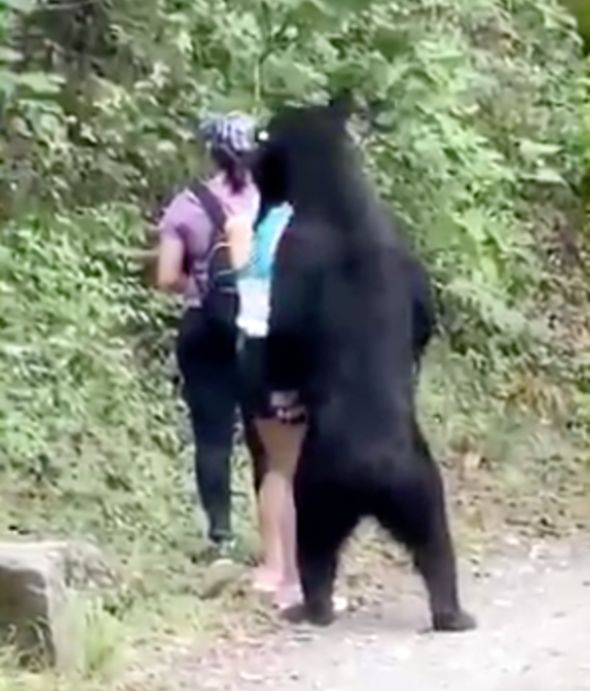 The relieved woman then speeds in the opposite direction towards the cameraman before the video comes to an end.

According to the US National Park Service, the chances of being injured by a bear are approximately one in 2.1 million.

The Twitter video was posted with the caption: “A Black bear just trying to make some friends.” 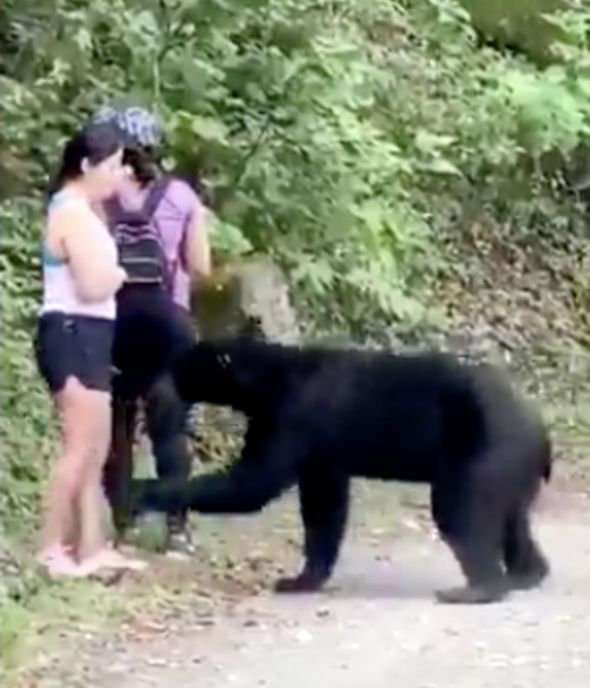 The footage has attracted millions of views since being uploaded onto social media.

Many viewers were greatly impressed with the hikers’ response to the petrifying incident.

Former NBA player Rex Chapman shared the video on his page and wrote: “Oh. my. goodness. She’s a rock. I want this girl in my foxhole.”

Holidays 2020: This travel company used coronavirus to rebrand – ‘it’s time to be brave’

How motorists feel about driving habits on UAE roads

How The Bahamas Is Preparing to Reopen for Tourism

Dubai Airshow 2019 will be ‘bigger than ever’