Holidays for many travellers are the perfect time to make happy memories with loved ones. Trips to the Caribbean, for instance, will often involve admiring the beautiful natural scenery. The sun, sea and sand is a huge draw for many holidaymakers to the islands.

The Dominican Republic is a very popular option for a plethora of tourists.

However, one couple who travelled to the holiday destination found themselves making a less-than-pleasant memory.

The pair were caught on camera experiencing what must have been a rather traumatic event.

Footage from a Dominican Republic resort shared on Instagram shows the man and woman looking out to sea. 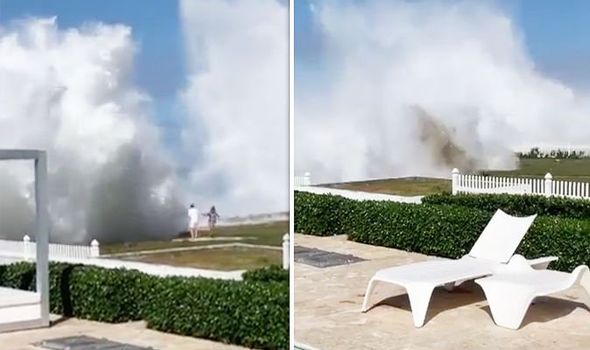 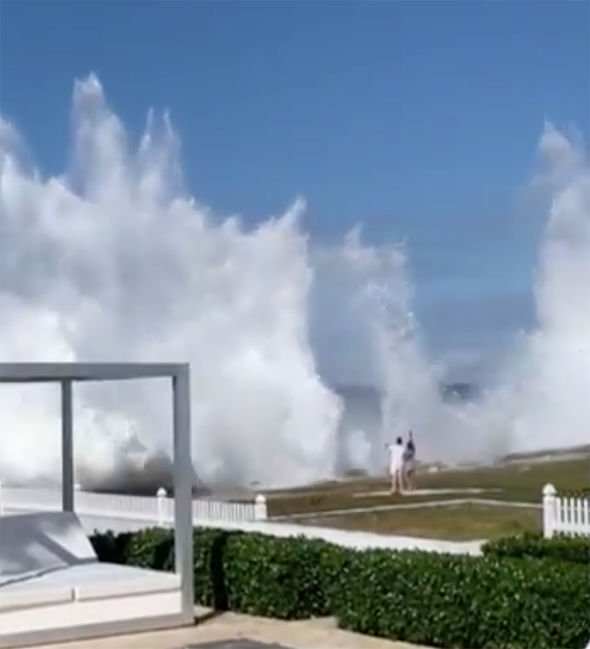 The weather is turbulent and the waves are crashing onto the shore with alarming intensity.

The violent sea sends the waves many feet into the air in an impressive display of nature’s strength.

However, the couple appear to simply be enjoying the dramatic spectacle quite passively.

Rather than moving away from the towers of seawater they continue to gaze at the scene.

Consequently, when one particularly energetic wave crashes forward – the couple are in its line of fire.

The video – which is rapidly going viral – captures the water descending with alarming force onto the couple.

The wave slams into the man and woman and sends both of them flying.

They completely disappear from view as the water engulfs them. 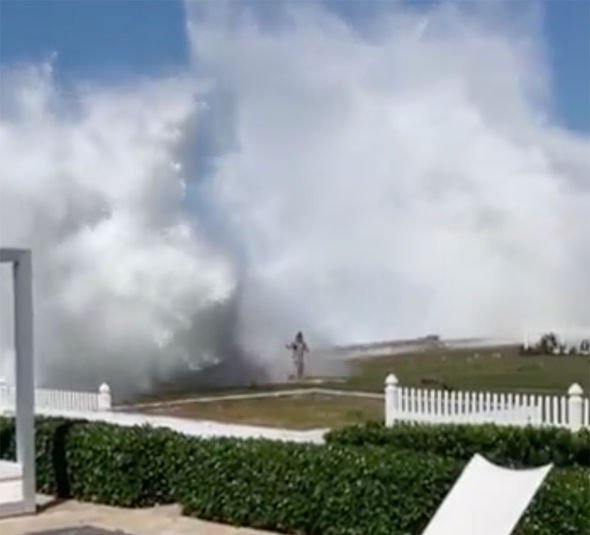 The waves slosh right up onto the pristine lawns of the seaside resort so great is their might.

Thankfully as the water recedes the couple can still be seen on the grass.

They sit in shock on the green examining themselves before getting to their feet. Unsurprisingly, they are totally soaked through and appear to move gingerly.

As another wave comes towards them the couple cling together as though to protect themselves from the water. 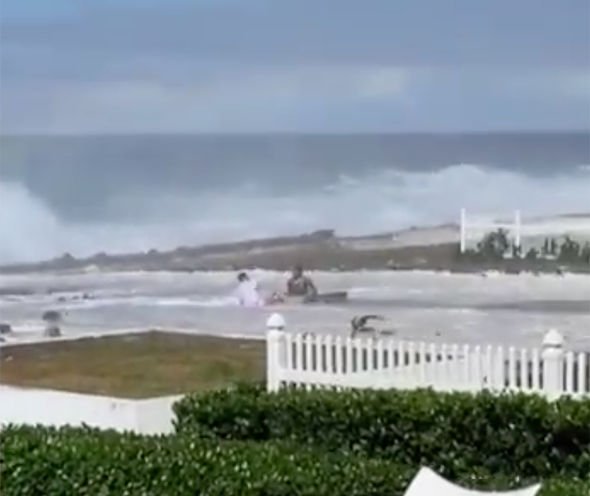 Mercifully, it falls to the ground away from them, leaving the water only coming up to their knees.

The footage comes to an end before any more of the scene can be viewed. It would appear neither of the couple were seriously injured in the alarming episode.

Impressively, the man appeared to hold onto his white bottle – believed to be beer – throughout the dramatic incident.

The video has received over 30,000 views since being posted on Monday to Instagram. “This is amazing,” one person wrote. “I just can’t believe this.”

Alexandra Shulman explores Antwerp – a mecca for the fashionista

The Whitney to Open in Boston in Spring 2019