An airport worker for VietJet Air in Vietnam was subjected to a shocking attack by three male airline passengers. The fracas erupted after the female staff member at Tho Xuan Airport refused to take a second photograph with the trio. Shocking footage of the incident is going viral after recently re-emerging, with the attack itself taking place last year. A video shows one of the men in shorts kicking the airline worker who is clad in her red uniform.

As she is pushed to the floor another female member of staff comes up to her.

However, a nearby male security officer appears to show no sense of urgency as he approaches the scene and follows one of the group.

Another of the male trio storms behind one of the desks in pursuit of another female airline worker.

He can be seen raising his arm up and pointing at her as he attempts to escape him.

She rushes off behind a security officer while the three men march forwards.

One shoves a rope barrier to the floor before lunging forwards at someone just out of shot. 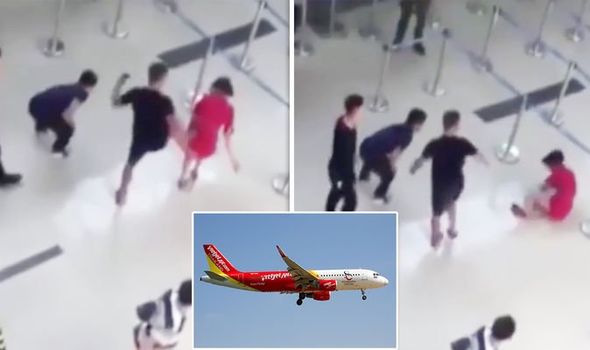 Another scene shows one of the men on the floor of the airport as officials and security officers stand over him.

The footage was filmed on a phone by a colleague of the airline worker attacked in the clip.

Following the incident in November 2018, the security guards were criticised for not stepping in to protect the female staff sooner and were fined.

The three men – who were drunk, according to witnesses – were later charged with public disorder.

They have since all been jailed and banned from flying for one year, according to VN Express.

Express.co.uk has contacted VietJet for further comment regarding the incident. 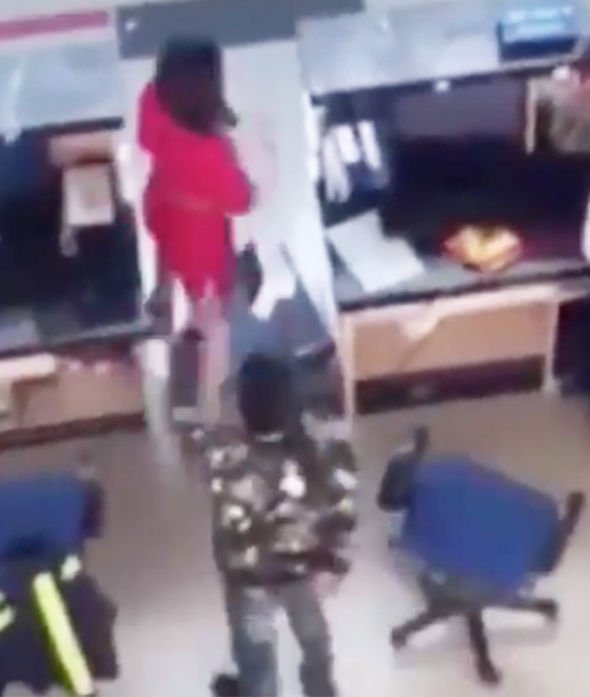 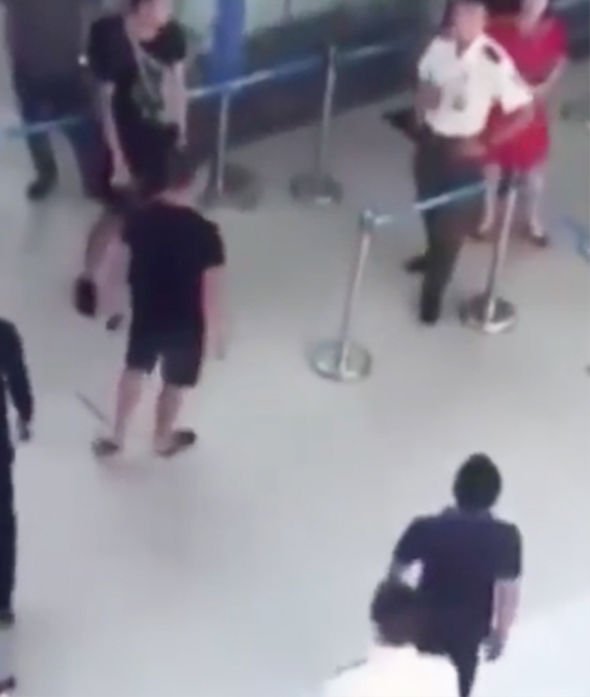 Last month, a plane passenger began displaying aggressive behaviour onboard a Jetstar flight from Sydney to Melbourne in Australia.

Shocking footage shows the man fighting with the AFP as he attempts to shake them off.

Then, in an alarming move, he appears to head-butt a policeman twice as he thrashes around.

According to Nine News, he even “threw a couple of punches” in the altercation.

Two of the officers were believed to have been injured amid the violence.

Exciting new festival for the home of Halloween ·