British Airways, one of the UK’s most popular airlines, transporting an average of 44.14 passengers globally in 2018 alone, has seen a change to its regular operations in recent weeks. Amid a global lockdown to try and get a hold on the coronaivrus (COVID-19) pandemic, the airline has grounded a huge portion of its flights, and all but cancelled its commercial itinerary, except for those offering vital flights home for passengers stranded abroad.

Yet, amongst the disruption, the airline has joined forces with those battling coronavirus and is using its services to not only help with the government repatriation effort but also to help the NHS.

The airline revealed astonishing photographs of the change to its cabins on a recent flight travelling from China to London’s Heathrow Airport.

While the cabins are as full as ever, it seems this time it is not with passengers jetting off on holiday.

Instead of its usual 300 people, every single seat in the World Traveller cabin holds a very special delivery – boxes filled to the brim with 2.5 million pieces of PPE equipment going straight to frontline workers in the UK. 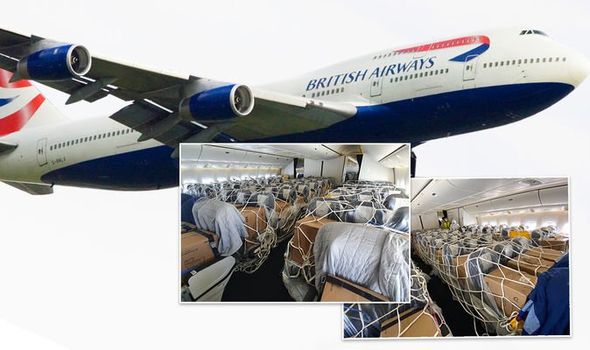 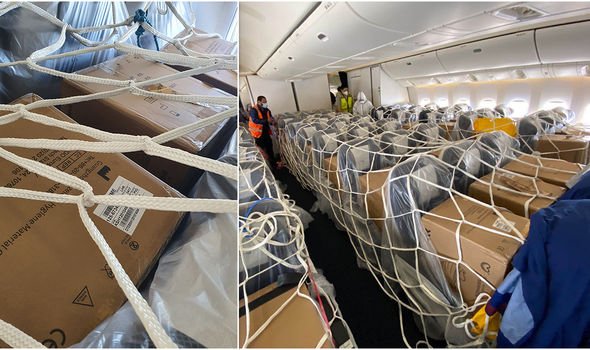 The 777 aircraft also filled its hold with packages bearing PPE from both Shanghai and Beijing on a 28-hour non-stop mission back to the UK.

Onboard were seven pilots and six crew who operated the special journey.

The flight was operated in partnership with the UK Government and IAG Cargo and touched down in the UK on the afternoon of April 9, with the PPE then being fast-tracked to hospitals across the nation.

It was the first flight in a monumental effort by the British-carrier, which is set to bring 62,000 bottles of hand sanitiser – which is around 55 tonnes – as well as other vital PPE equipment to the UK over the coming days.

Minister of State for Asia, Nigel Adams said: “I am delighted that we have been able to reopen the British Airways route from Shanghai to deliver lifesaving equipment that we have bought for the NHS.

“We have been working round the clock to bolster the NHS supplies and save lives and we are seeking further deliveries as a matter of urgency.”

Alex Cruz, British Airways’ Chairman and Chief Executive, said: “We are doing all we can to support the global response to COVID-19, whether it’s flying important medical supplies into the UK or helping to bring Britons home.

“We will continue to use all available resources to support the Government, the NHS and communities all over the world who might be in need of our help.” 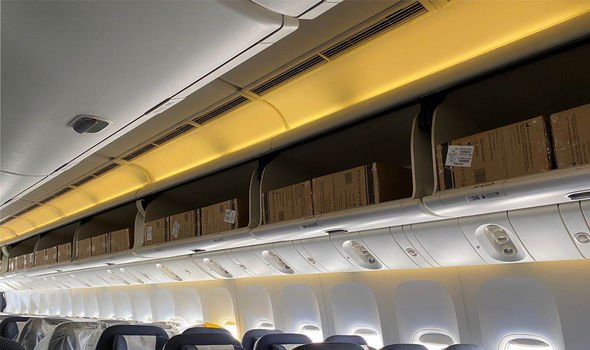 British Airways has currently grounded all of its Gatwick and London City operations, as well furloughing a massive chunk of its staff, however, some specialist flights are still operating from the Heathrow hub.

Foreign Secretary Dominic Raab named the British flag-bearing airline as one of a number who are helping the government with its £75million repatriation effort.

“The first priority is to keep as many commercial flights runnings as we can, and that’s based purely on the scale and the number of people who want to come home,” explained Raab. 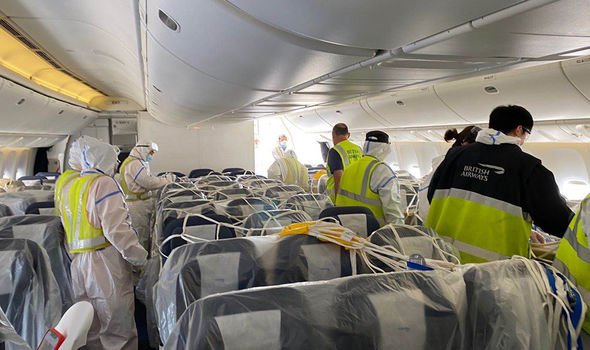 Other airlines helping in the government effort, both for repatriation and cargo deliveries were named as easyJet, Jet2, Virgin and Titan.

It is unprecedented times for the airline industry, with flights being grounded on an astronomical scale as borders shut and entire countries lockdown.

The Foreign and Commonwealth Office (FCO) is also advising against all non-essential travel out of the UK for an “indefinite period of time”.

However, while no one has the answer to when travel will resume, some experts remain hopeful.

Aito, the Association of Independent Tour Operators, said it anticipates UK travel to return in time for the summer.

A source said: “If luck is on our side, then three months hence should see things calm down on the virus front.

“It’s likely that the first travellers within the UK will venture out again to explore their own country at the traditional start of the summer season.”

Others, including Mark Hall, Director of Product at TUI UK, are predicting early Autumn departures such as September and October.

TSA Agents Are Reportedly Calling Out Amid Government Shutdown

Flights: When can UK fly to USA?