Home » Travel » Virgin’s new Airbus A350: From shy-flyer to high-flyer 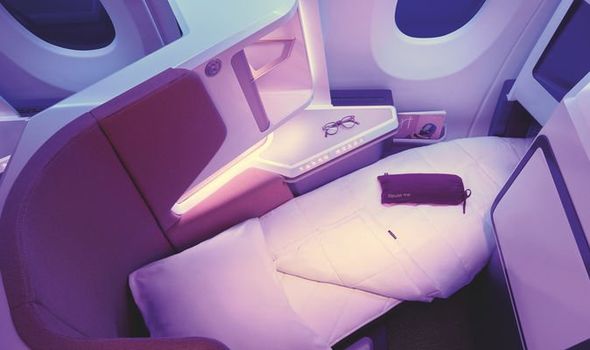 You can barely hear the twin engines, aside from a fairly gentle background humming. There are no sudden rattles or worrying bangs or shakes. There is a stillness in the air and as I’m not the most at-ease flyer, that works for me. I don’t weep or scream before flying but I do feel like texting everyone I’ve ever met to say I love them and to think well of me. Not unlike the end of the office Christmas party.

The Airbus A350, however, did something I thought not possible; it made me forget I was even on a plane heading on its inaugural flight to New York’s JFK Airport.

The reason for this sound of silence is impressive. Not only does the plane’s super sleek design mean it glides through the air, it is also 30 percent more fuel and carbon efficient than its predecessors.

The quiet extends to the ground too. Noise around airports is reduced by half compared with other similar aircraft.

The feeling of calm is enhanced by a spacious interior. A wider body allows for straighter walls and higher ceilings, so it feels roomier. If that is partly imagined, more leg room is real enough.

Economy Classic seats offer 31in but for a few quid more, Economy Delight promises an extra 3in. It all counts. The economy seats recline up to 5in, there is a headrest which moves six ways for comfort, and a bi-folding tray means a little less clutter.

The overhead lockers are deeper too. Loading them is less stressful and the likelihood of a hernia diminished.

The 11.6in in-flight entertainment screens are the biggest ever in economy, although that pales into insignificance compared to the 32in monster in the socialising area for Upper Class passengers. The Loft, as it is known, is something else and the decision to place it opposite the entrance to the plane was, I’m told, carefully considered. 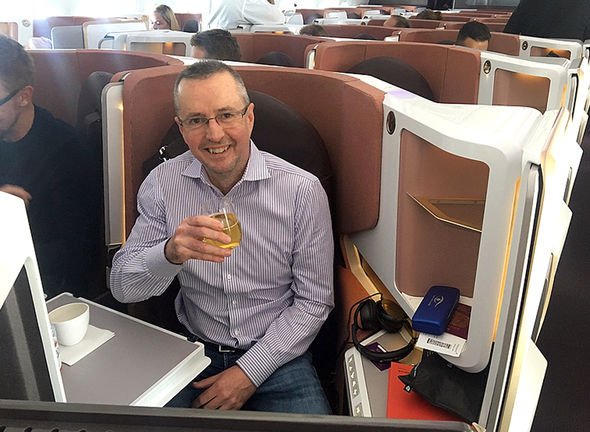 Apparently, passengers see the sofa, tables and open space and immediately feel they are in a roomier environment. Although as most people will then turn right, a glimpse of how the other one per cent live might just give them the hump.

It worked on me, though. I felt far less enclosed than on other planes.

There is a sense generally of a little extra luxury on the A350 – the European manufacturer’s equivalent of the Boeing Dreamliner – and the often criminally neglected economy seats include “woven wool blend fabrics inspired by London fashion houses”.

And that cheeky old cove Richard Branson, the airline’s founder and president, also invites you, free of charge, to join the Mile High club. Mile High tea club that is…

In Premium Economy and Upper Class the tea comes in a proper mug which in my book is indeed a touch of, well, class.

The super-duper wi-fi system promising greater connectivity didn’t work that well for me but not receiving work emails for a while was no hardship.

More importantly, the food is good and the Virgin Atlantic staff could not have been more friendly or helpful.

In fact the whole experience was great. On this evidence the A350 takes some pain out of a transatlantic flight. Or, in my case, pain and mild panic.

‘My Parkdale is gone’: how gentrification reached the one place that seemed immune