Today it’s Segways and zip wires – but in times gone by, it was wheelbarrow races and 11pm noise curfews.

Fascinating vintage images show Britain’s oldest holiday park through the years – and they highlight the startling differences between holidays of yesteryear and the modern-day getaway.

Opened in 1906, Caister-on-Sea Holiday Park in Great Yarmouth offered holidays to working families from East London and it still welcomes thousands of guests. The charming archive images here were taken between the 1930s and 1970s, with some of the earliest shots showing guests enjoying school sports-day-style activities. 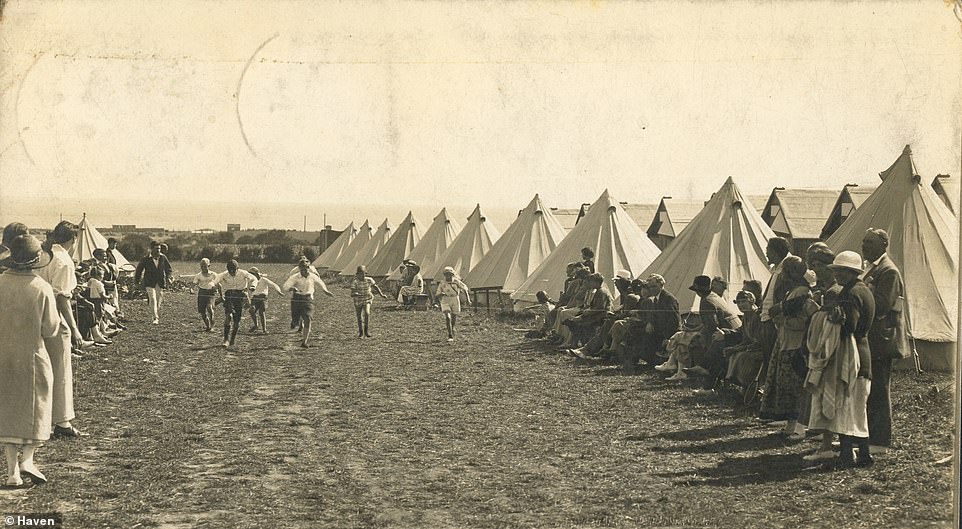 In the 1930s, the accommodation included wooden huts and tents. Pictured are youngsters taking part in an egg and spoon race between the rows of tents 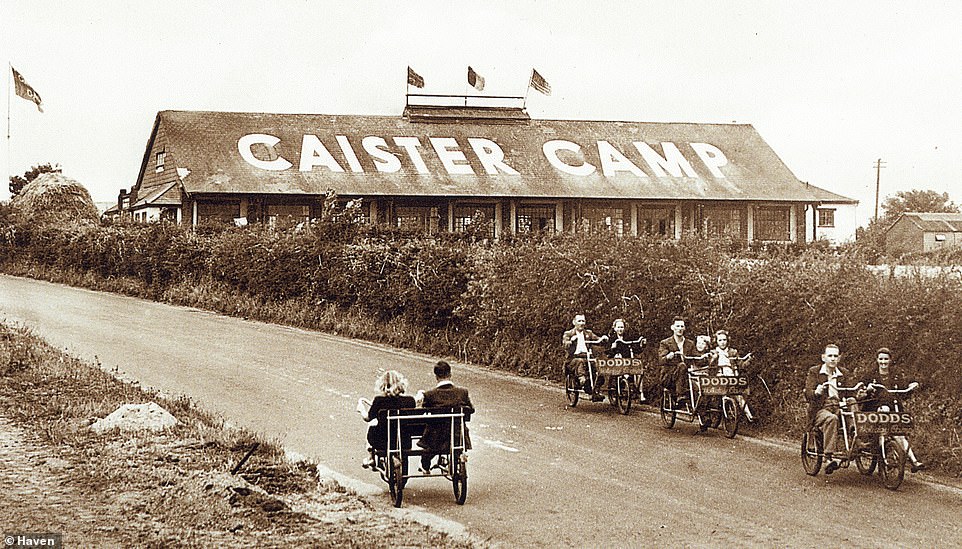 A shot of the park in the 1930s, when it was then known as Caister Camp. The park was taken over by military authorities during the Second World War 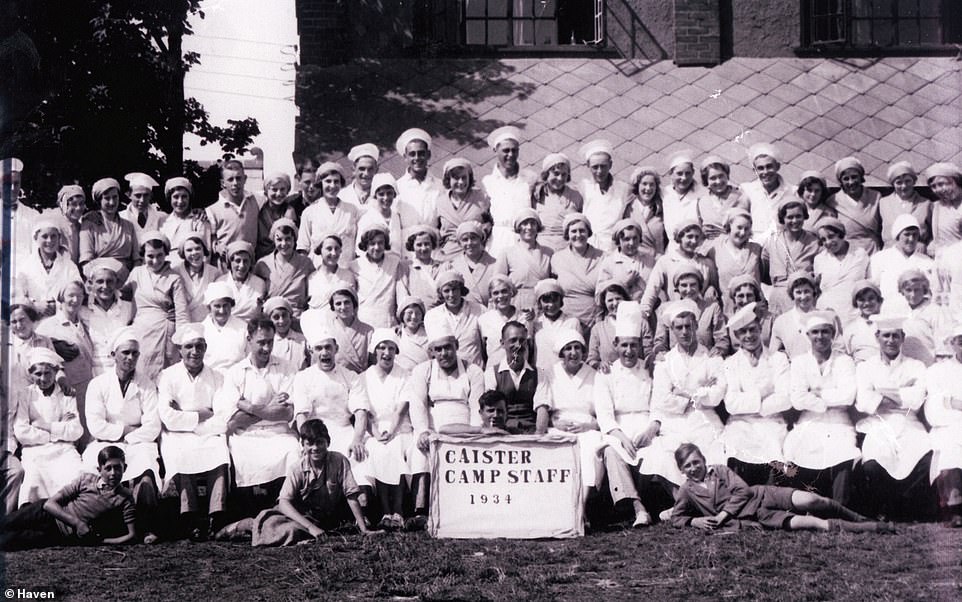 The whole of the camp staff from cooks to cleaners pose for a photograph in 1934. Just years later, the holiday camp would be used to incarcerate military prisoners of war 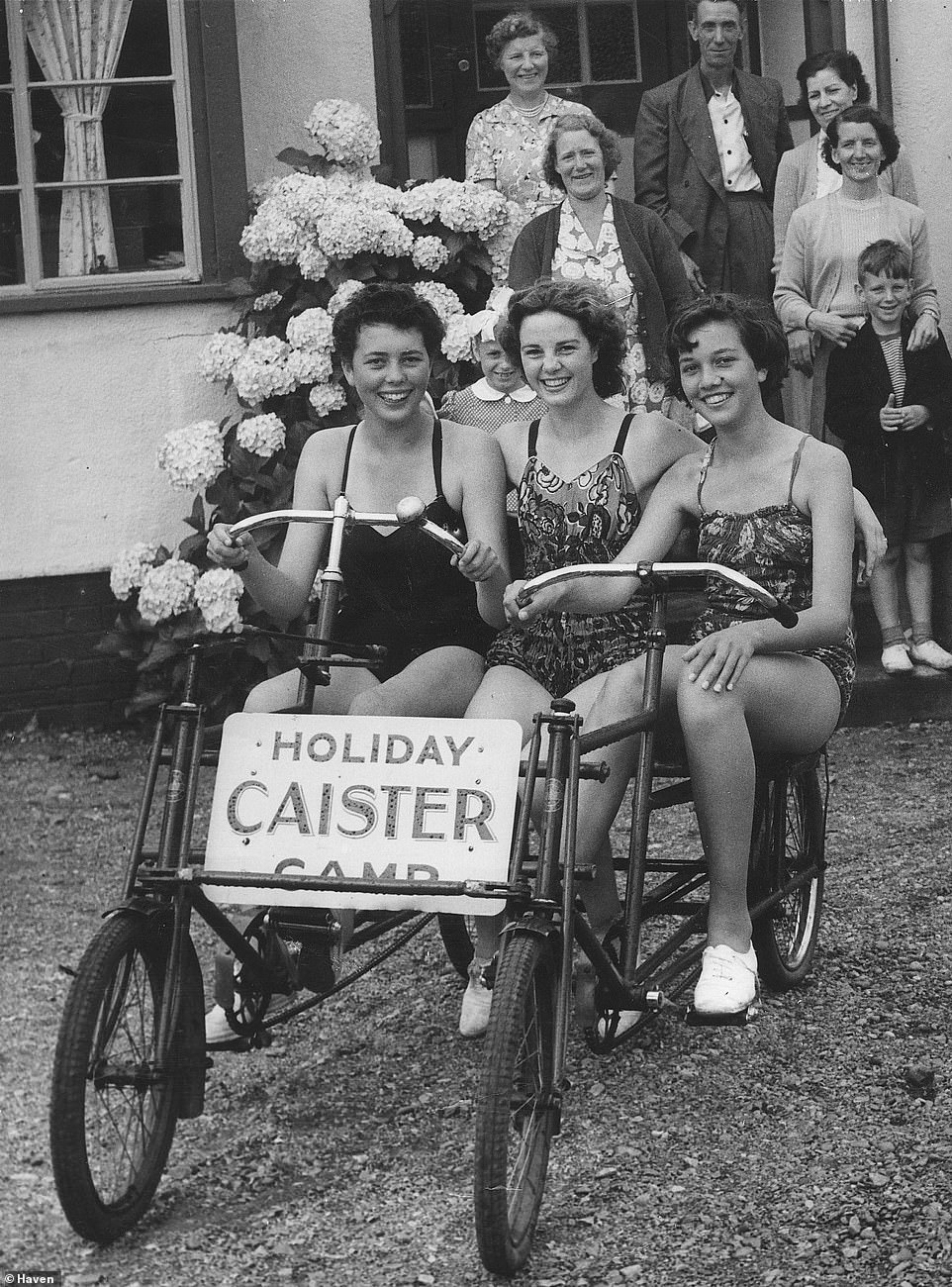 One, taken in the 1930s, shows youngsters taking part in an egg and spoon race by a row of tents, which were used as accommodation.

Another early snap shows guests trundling along on tricycles on a road outside the camp.

The holiday park was launched in 1906 as a ‘Socialist Camp’ in the (very large) garden of Labour Party member Fletcher Dodd, who wanted to offer the poor a chance to sample the delights of a seaside holiday, according to Visit Norfolk.

It consisted of just three bell tents with beds of straw – and the concept became popular very quickly.

The camp expanded, with wooden huts added to the accommodation options, but for years strict rules remained in place.

Campers had to wear camp badges, lights had to be out by 11.30pm, loud talking after 11pm was a no-no, bathers had to wear regulation costumes and babies and alcohol were banned.

Big breakfasts and dinners, however, were dished out to all.

In 1939 the camp was taken over by the military authorities to house Second World War prisoners.

It re-opened in 1946 but six years later, in November 1952, Mr Dodd died, aged 90 – though his holiday camp concept flourished.

His rules at Caister, however, fell by the wayside. The ban on alcohol, for instance, was lifted in the year of his passing.

Caister became part of the Ladbroke’s group in the 1970s, and it introduced brand new accommodation, a range of bars and cabaret entertainment.

It even welcomed sporting heroes and royalty, with the Prince of Wales visiting the park every year from 1984 to 1992. 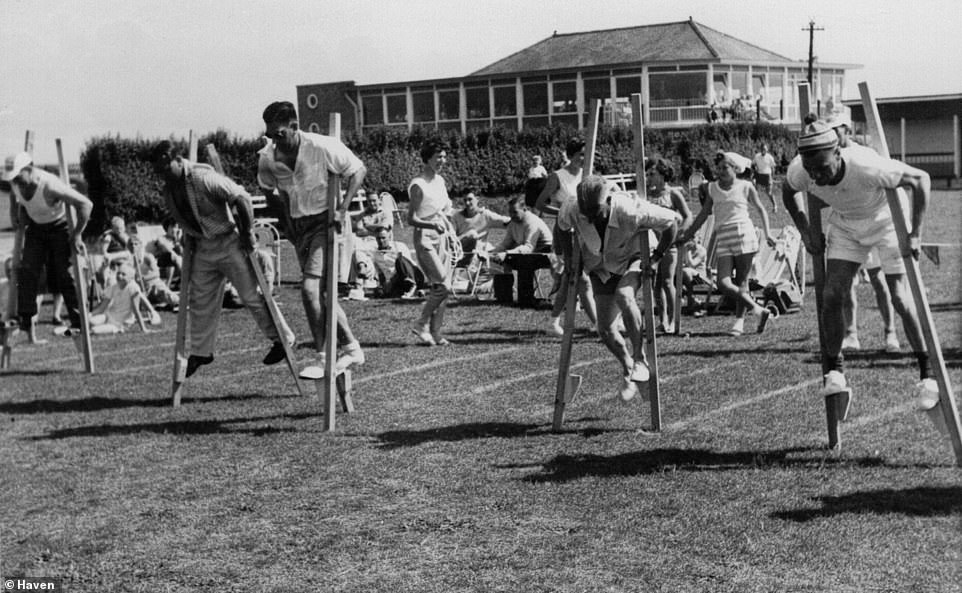 The fascinating vintage images show some of the ways that the guests were entertained. Pictured is a stilt-walking race taking place at some point in the 1950s 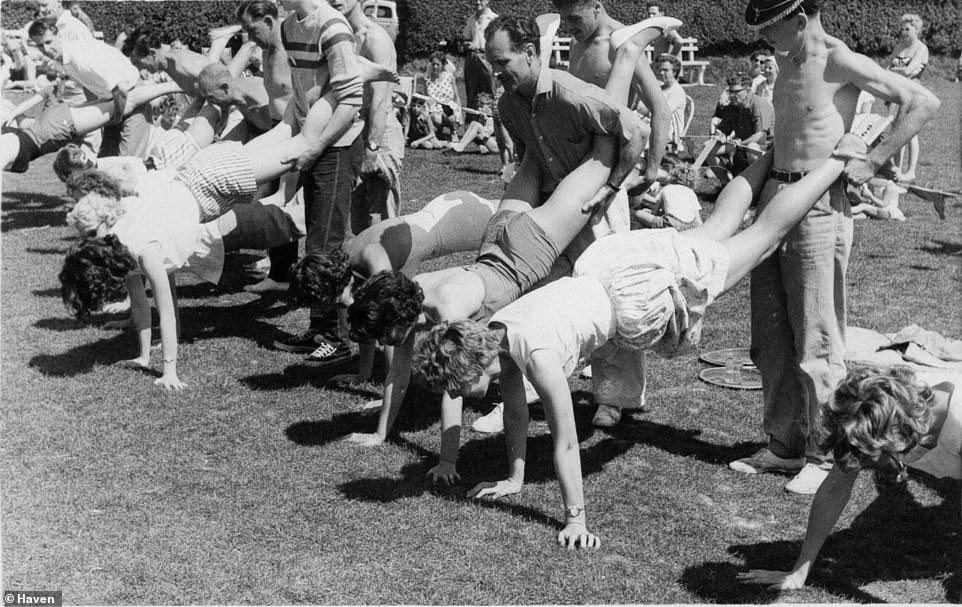 Couples prepare to take part in a wheelbarrow race in a picture dated to the 1950s. Competitive races were all part of the fun at the holiday camp 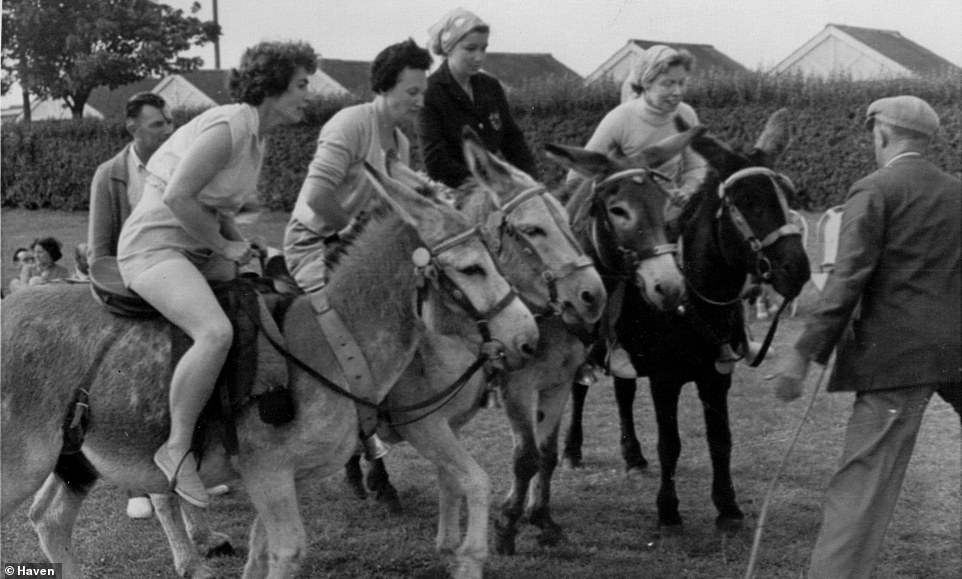 The park has passed through a succession of owners including Warner, Mecca and Rank, which introduced the Haven Holidays name.

In 2000, Rank was acquired by Bourne Leisure, which still owns the park – now officially known as Caister-on-Sea Holiday Park.

Today it offers a range of accommodation including static caravans and ‘deck houses’, with many offering amazing views of the coastline.

The entertainment of the past has been replaced with activities such as paddle boarding, canoeing, high rope courses and rides on Segways.

Haven says it also tries to encourage families to spend quality time together outdoors and learn skills such as fire-lighting and shelter building.

Last week, Haven announced it would be investing nearly £100million across multiple holiday sites in England, Scotland and Wales over the winter period. 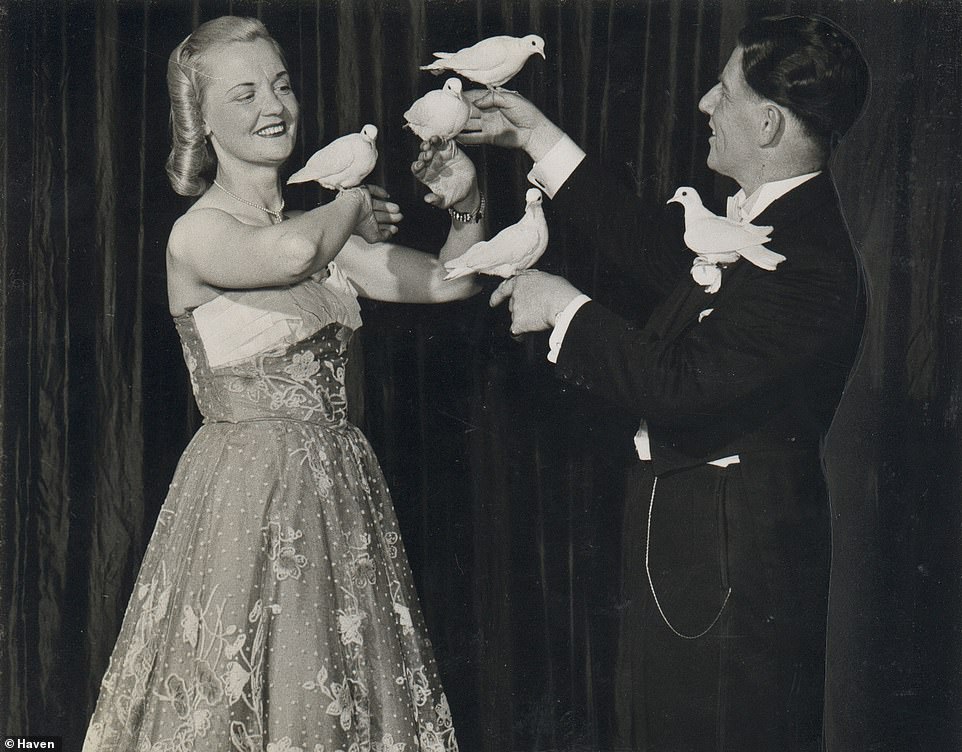 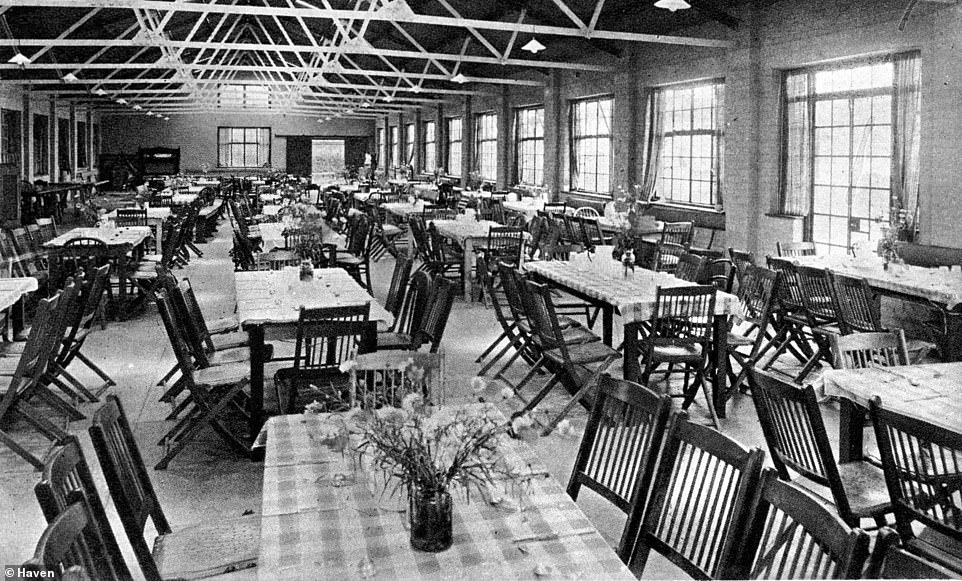 A shot from a brochure for the park from the 1970s showing the dining area. In the 70s, Caister holiday park was taken over by Ladbrokes. It is now owned by Rank Leisure and operated under the Haven Holidays brand

Part of this investment includes trialing innovative new concepts as part of a wider plan to create a vision for Haven of the future.

Gerard Tempest, guest and proposition director at Haven, said: ‘Over the last couple of years, we’ve focused heavily on understanding what our guests want to see from the Haven experience of the future and how we can bring this to life across all our parks.

‘For 2019, Haven will trial dynamic and innovative new concepts across five holiday parks for our holidaymakers and holiday home owners to experience.

‘These developments range from a huge all-action adventure village in Wales to a fun-filled water park in Norfolk, not forgetting the ultimate indoor activity area in Scotland.

‘This is the start of our journey to trial what Haven of the future looks like and ensures that we continue to give all our guests the best possible experience every time they stay with us.’

If successful, these ideas will be rolled out to our other parks, too, as part of a five-year investment plan for a Haven of the future. 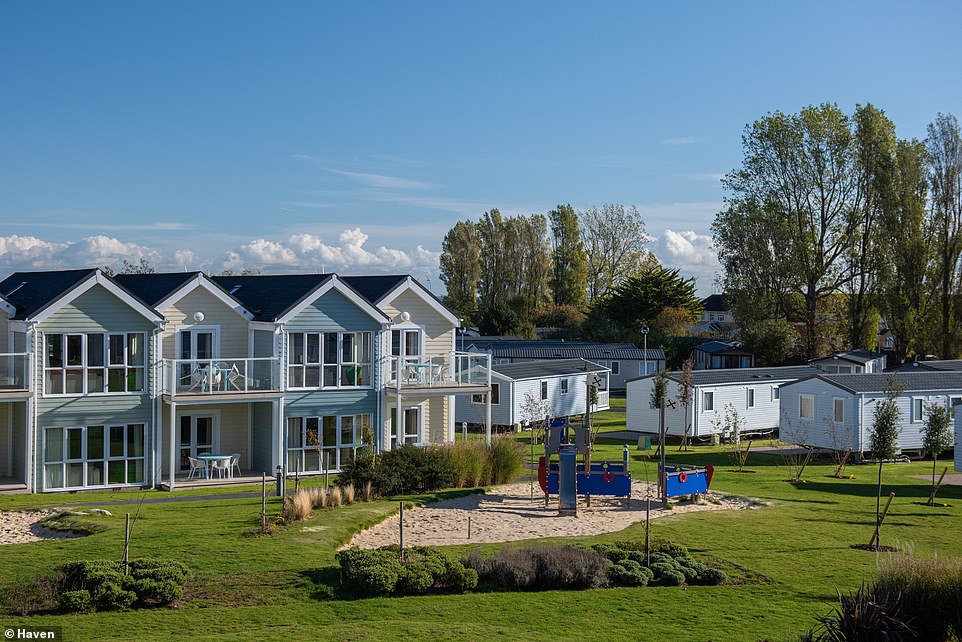 Today, Caister-on-Sea Holiday Park looks a lot different. It offers a range of accommodation including static caravans and ‘deck houses’ 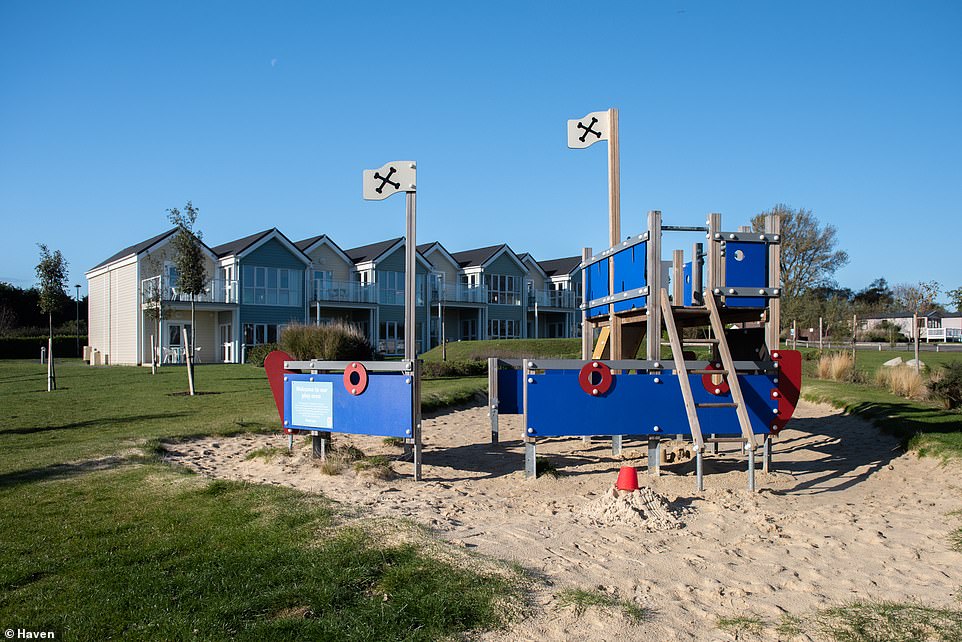 Unlike its early days when young children were banned, today the park has numerous activities that are geared towards youngsters 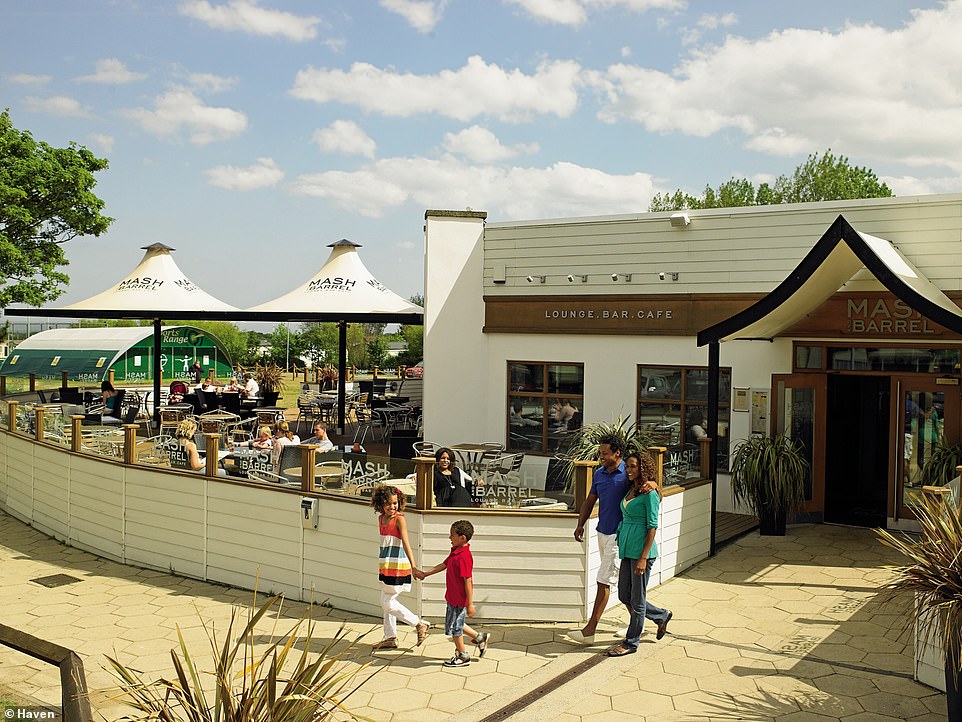 Haven is making a huge investment in several of its parks across the country. Pictured is the Mash and Barrel Restaurant at Caister today

Hotels.com Is Giving Travelers $5,000 to Go on a Vacation Based on Their Literal Dreams

Photograph of the week: Machu Picchu

Mi Save Solo 2019 – exceeding all expectations ·