The United Arab Emirates now has the world’s most powerful passport, with Singapore and Germany in second place, the U.S third and the UK fourth 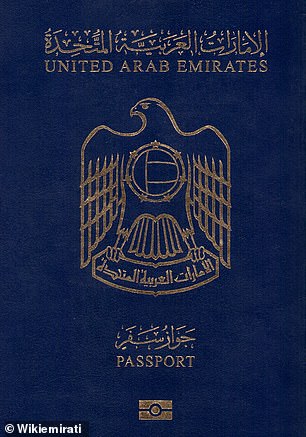 The United Arab Emirates passport, pictured, is now the world’s most powerful, according to a new ranking

The United Arab Emirates now has the world’s most powerful passport, according to a new ranking, with its citizens able to travel to the greatest number of countries visa-free.

Passport Index, which keeps track of how useable such documents are, said the Middle Eastern state grabbed the top spot after four more countries were added to its list of visa-free destinations from December 1.

It beat last year’s number one, the Singaporean passport, which is joint second with Germany, which was also in this spot in 2017. The U.S passport moves up three places from last year and is joint third and the UK remains joint fourth.

Passport Index bases its ranking on the cross-border access a holder has. It was developed by Canada-based global consultancy Arton Capital.

UAE passport holders can now travel to 167 countries either without a visa at all, or can have one issued on arrival.

It has raced up the passport ranking – last year it didn’t even feature in the top ten.

Welcoming the news, Sheikh Mohammed bin Rashid Al Maktoum, Dubai’s leader, tweeted: ‘Congratulations to the UAE and its people and big thanks to the Ministry of Foreign Affairs and International Cooperation’s teams.’

The Singaporean and German passports offer visa-free or visa-on-arrival travel to 166 countries worldwide.

Eleven countries tied for third place with their citizens able to access 165 destinations without a visa. As well as the U.S, they are Denmark, Sweden, Finland, Luxembourg, France, Italy, Netherlands, Spain, Norway and South Korea.

Rounding off the top five are the Czech Republic and Hungarian passports, which give visa-free travel to 163 countries.

In sixth place on 162 countries are Malta, Iceland and New Zealand while on 161 countries in seventh place are Australia (unmoved), Malaysia, Slovenia, Poland, Lithuania, Slovakia and Latvia. 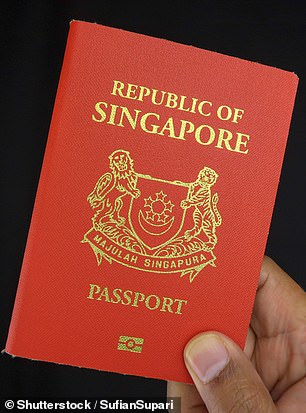 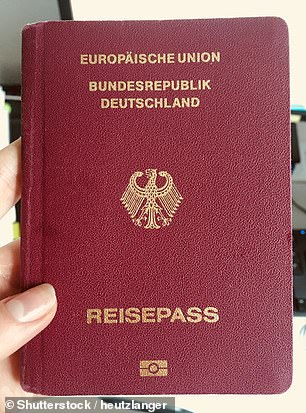 The passports of Singapore, left, and Germany, right, are the second most powerful and give access to 166 countries without the need for a visa in advance

They are followed by Estonia in eighth place, which has access to 160 countries, Romania and Bulgaria (ninth) on 158 countries, and Cyprus and Liechtenstein (10th) on 157 countries.

At the other end of the table, the least powerful passport is that issued by Afghanistan, which offers visa-free access to just 29 countries.

Other weak passports include those from Iraq (32 countries), Pakistan (35 countries), Syria (36 countries) and Somalia (38 countries).

The Passport Index ranks in real-time the passports of the United Nations’ 193 member countries and six additional territories.

In February, Henley & Partners Visa Restrictions Index declared that the Singaporean and Japanese passports are the most powerful.

It also ranked Germany second and Britain fourth, but placed the U.S fifth.

THE TOP 10 MOST POWERFUL PASSPORTS

How to safely view the latest Kilauea eruption

WHO Chief: It's 'seriously disappointing' that rich countries are ordering booster shots while other nations need vaccines