Prime Minister Boris Johnson has imposed a raft of new restrictions on parts of London and the south-east of England after the discovery of a more infections strain of the coronavirus. Speaking during a press conference on Saturday, he announced the new variant had led to spiralling infection numbers, cancelling Christmas for almost 18 million people living in the affected region. He also imposed a domestic and international travel ban following the news, but stressed: “There’s no evidence to suggest it is more lethal or causes more severe illness.”

However European countries have since announced restrictions on travel, banning flights from the UK from arriving.

The new strain could be up to 70 percent more infectious, prompting dozens of countries including Canada and Iran to close their doors to travellers.

Mr Johnson will chair an emergency response meeting on Monday to discuss international travel, in particular the flow of freight in and out of Britain after France shut its border to the United Kingdom for people and trucks.

Transport Secretary Grant Shapps said: “I’m in touch with my opposite number in France and we’re doing everything we can to get that restarted, in fact they’ve said to us they want to restart the hauliers as quickly as possible.” 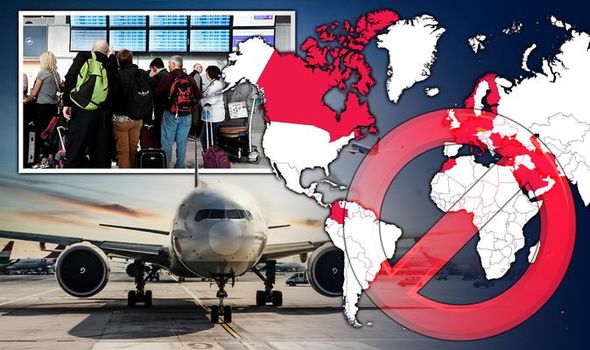 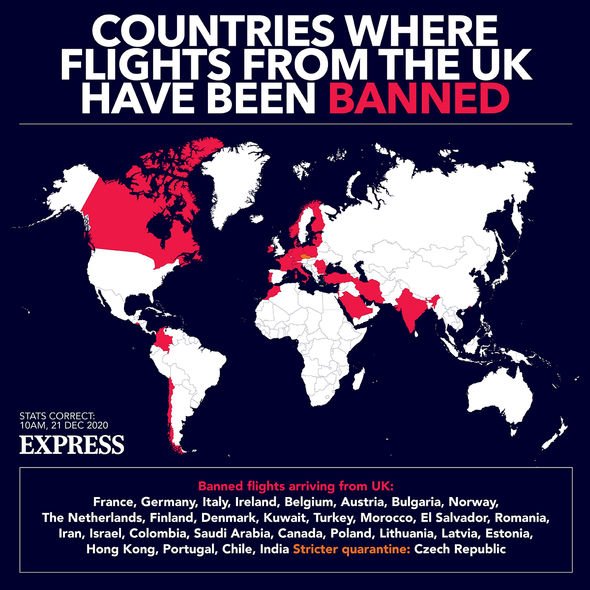 What countries are banning UK flights?

So far, the following countries have issued a travel ban for flights arriving from the UK:

The Czech Republic is enforcing stricter quarantine on UK travellers, but not issuing a full ban. 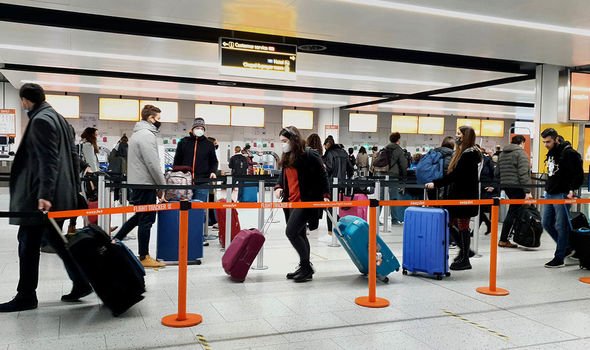 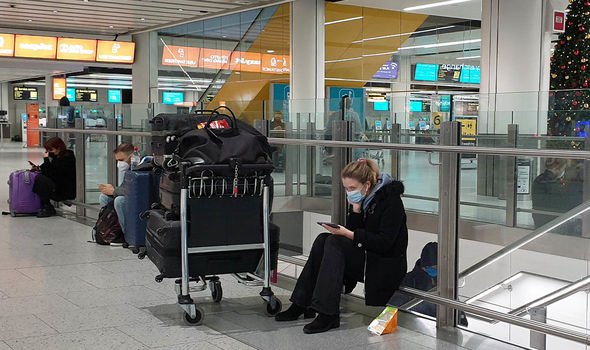 Flights from Britain to Norway will be suspended with immediate effect for a minimum of 48 hours due to concerns over a new strain of coronavirus, the Norwegian health minister said in a statement on Monday.

While Hong Kong became the first city in Asia to announce such a UK travel ban, stopping all flights from the UK from midnight.

Health Secretary Sophia Chan said on Monday there was a need to launch more vigorous and targeted measures to prevent further spreading of COVID-19 in Hong Kong.

She added: “We are now at a very critical stage. During the fourth wave, we have seen that the virus is highly transmissible and patients’ conditions are more severe than previously.”

People arriving into Hong Kong from the United Kingdom prior to Dec. 22 must quarantine for a total of 21 days, versus the previously mandated 14 days of quarantine.

Japan and South Korea said they were closely monitoring the new strain, but did not immediately cancel UK flights. 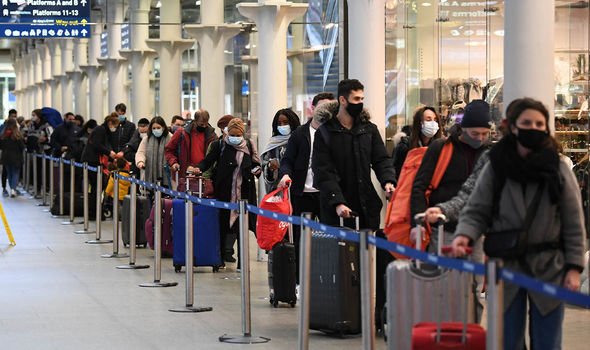 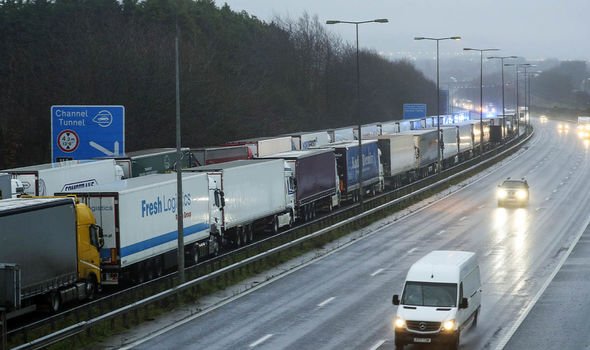 Canadian Prime Minister Justin Trudeau said “all flights from the UK will be prohibited from entering Canada” for 72 hours starting at midnight on Sunday – except from cargo flights.

He added travellers who arrived on Sunday would be subject to secondary screening and other health measures.

In Chile, the Government said non-resident foreigners who had been in the UK over the last 14 days would be banned from entering the country from midnight on Tuesday, lasting for two weeks.

While Colombia’s President Ivan Duque also said anyone who arrives in the country from Monday “who has been in the United Kingdom will enter a 14-day isolation in our country”.

Colombia also suspended all flights to the UK.

Where is best to go on holiday in June? Top last minute breaks revealed

5 must-visit restaurants for foodies in Franschhoek