Home » Travel » Travellers reveal some of the scariest and creepiest experiences

Being chased by wild dogs and ‘being stared at for two hours in a hostel’: Globetrotters reveal some of the scariest and creepiest experiences they’ve had while travelling

Travelling the world is often a dream – but sometimes it can become a nightmare.

As globetrotters have been revealing on a riveting – and sometimes blood-curdling – internet thread. 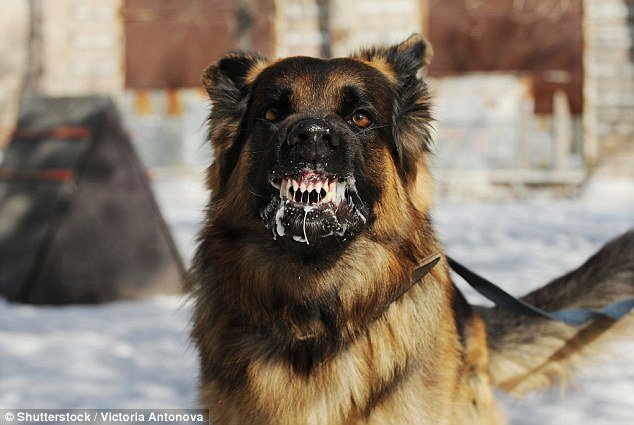 The tales of nail-biting woe were uploaded to Reddit after a user asked: ‘Travellers of Reddit, what are some of the creepiest/scariest experiences you’ve had abroad?’

Many of the answers centred around scary experiences people had when using public transport.

One traveller, ‘albs68w’, revealed one memorable experience while walking up the steps to buy a ticket at Warsaw’s central train station in Poland.

He explained: ‘All of a sudden this dude is falling down the stairs coming to rest a few stairs above where I was standing. Dude had a long screw driver sticking out of his abdomen.’

While ‘The Burkalator’ shared his experienced of being pick-pocketed on the Paris Metro.

He added: ‘I’m paranoid of losing my wallet, so I’m always checking myself. When I realised it was missing, I made a bigger scene than the pickpockets were making (they shoved me into their friend and were trying to convince people I knocked him down).

‘I stopped the train from leaving the station. One of the other passengers left to get the conductor and security. I guess that didn’t sit well with the pickpockets, so they gave me back my wallet and took off running.’

For ‘billynlex’, a lack of drink-driving laws in rural Puerto Rico meant it was a scary experience for him.

He explained: ‘Makes for some very, very scary trips when the sun goes down.’

While ‘Rhothlord’ shared her experience of traveling alone on a train in Athens.

She wrote: ‘A group of men tried to push me off the train with them at a stop. Three women started yelling at them and pulled me back.

‘It happened so fast I didn’t know until the one that spoke English explained they were trying to take me. They made sure I made it back to the hostel and told me not to wear what I was wearing ( shorts and a tank) while alone.’ 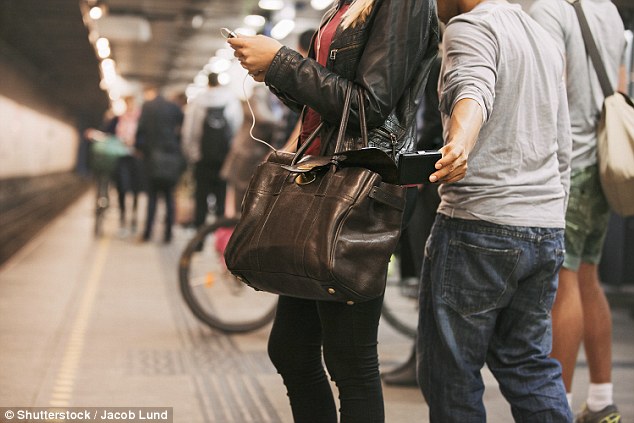 While taking a bus ride in India, ‘Anal_Mouse’ had a scary journey around the mountains.

He said: ‘Our bus rounded a corner in the mountains and another bus was on the other side of the curve.

‘Both busses skid to a stop about one foot from one another. Both drivers started laughing and poking fun at each other.

‘We saw a bus from the ’80s that fell down the mountain about 15 minutes later. Intense.’

And ‘athrix’ revealed that some unexpected turbulence on a flight to Orlando was one of the scariest experiences of his travelling life.

He said: ‘This was no ordinary turbulence. People literally flew out of their seats, luggage fell from the overhead bins, people screamed like they were going to die.

‘There were several sudden drops in elevation strong enough that people’s arms flew up in the air and my butt came out of the seat. I’ve flown quite a bit and sometimes it gets bumpy. This was the first time I seriously thought something bad was going to happen.’

The theme of other posts was guns.

‘Hewfe’ wrote: ‘Crossing at a small checkpoint was a terrible idea in hindsight. Dudes in urban camo and AK-47s demanding bribes and yelling at us in Russian, while in the middle of nowhere, was terrifying.’

While ‘Cecilia1987’ recalled a similarly scary experience while on a volunteer trip in Guatemala.

She said: ‘My friend and I were looking for a bathroom and several locals pointed us in the direction of one at the top of the mountain. We found a small building with no door and one toilet. My friend says I can go first and she’ll stand watch.

‘I start going about my business when I hear my friend saying that I should hurry up and then I hear a man’s voice shouting something in Spanish about “permiso”. Out of nowhere he barges in while I’m mid-pee pointing a very large gun at me. 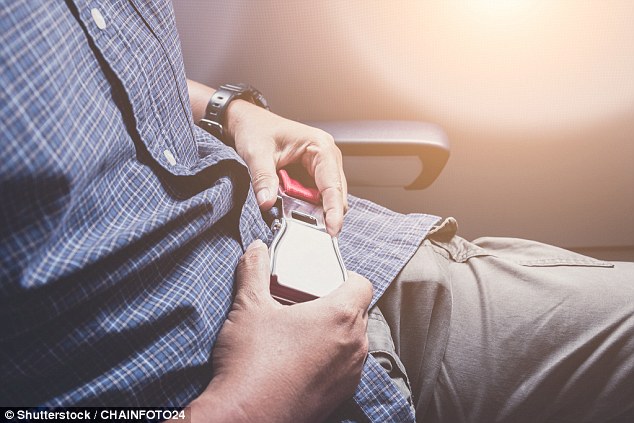 ‘He had some sort of uniform on so he may have been police but I’m not sure. I pull up my pants, completely paranoid, grab my friend, tell the man “lo siento” over and over and run as fast as I can down the hill. He was shouting after us but didn’t follow. Although nothing happened I was terrified and my poor friend still had to pee!’

While staying in Barcelona, ‘trs2848’ explained he had a very creepy experience after checking into a hostel.

He said: ‘I woke up to a man staring at me while I slept. He was looking over one of those wood dividing screens that the shared room had.

‘I pretended to still be asleep because I was afraid of what he would do if I moved or confronted him and I didn’t know if there was anyone else in the room.

‘He stared for like two hours until finally my alarm rang cause I had to to take an early train, so I put all my stuff in my bag and left the room. As I left I told the owner, but I was really in a hurry and didn’t ask what he was going to do with the guy.’

While in Romania, ‘ManCrisp’ said while walking at dusk he was approached by a suspicious car.

He explained: ‘It suddenly braked and reversed down the road and stopped beside me, telling me to get into their car as they want to show me their cool things (radios, cars, knives) they kept slowly curb crawling me and demanding I got in the car until I got back to my group whereby they sped off.

‘For the next couple of days the same car (I believe) kept driving past and stopping outside where we were staying (for 30-minute intervals several times a day) and I was staying a good hour away from the village. Creepy as all hell and I still believe it could have gone badly.’

But it’s not just humans who have caused travellers to freak out while overseas.

While ‘Ors0’ recalled a time when he was backpacking in Denali in Alaska when he got lost.

He added: ‘All around us as we were wandering was fresh bear s**t. At one point we made a decision between going left or right – left took us to the road, had we gone right I don’t think I’d be writing this.’

And ‘turnover13’ added: ‘Hiking in Huaraz Peru, had been told to watch our gear as locals (and apparently foxes) might make off with items left around the campsite. So we made sure to clean the campsite extra well, packing all our gear in the tent and inside the fly. And after a long day hiking, off to bed.

‘Middle of the night our tent starts shaking like crazy, I wake up freaking out thinking we were getting robbed, I started yelling and screaming. Part of the tent pushes in real far. I manage to get outside to start swinging and come face to face with the cow that had wandered into the tent ropes and got startled. Pretty lucky that it didn’t step down into the tent and hit us.’

The largest Ethnographic Show of the year ·