The electric locomotive, built by Skoda in Czechoslovakia in 1976, looked its age. After decades of service under communism and capitalism, it had wound up beside platform 4 at Plovdiv. But as a last hurrah, the Skoda was chosen to haul the first departure of a notable addition to the continent’s railway schedules: the 8.40am to Edirne in Turkey.

Plovdiv, the main railway junction in southern Bulgaria, sits astride the former line of the Orient Express. While the original train from Paris to Constantinople is railway history, sleeper services still connect Istanbul and Sofia via Plovdiv. But last Saturday a minor rail revolution took place: the first daytime departure across the border for decades.

In a week when the D-Day commemorations have highlighted the perils of division, Bulgarian Railways chose to create some unity. The new service allows day trips from the current European capital of culture to the former city of Adrianople, to admire the Ottoman architecture and feast on Turkish cuisine.

Elsewhere in eastern Europe, a very similar link opens up this weekend from Kosice in Slovakia across the Ukrainian border to Mukachevo. No, I hadn’t heard of it either; but Chris Woodcock, the editor of the European Rail Timetable, has.

Thanks to some new standard-gauge track removing the need to change trains, he says: “Connections at Kosice and Mukachevo will allow a range of new journey opportunities from Slovakia and the Czech Republic to destinations in Ukraine.”

Further south, Athens and Thessaloniki are now linked in under four hours, with new track slicing 60 minutes off the previous journey. If similar rail accelerations are any kind of guide, the number of daily flights between Greece’s two largest cities will soon fall from the current dozen a day each way. Good for the planet, and for the travellers who can enjoy spectacular landscapes and tantalising seascapes as they speed between the cities.

Back on platform 4 at Plovdiv, watched by two TV news crews, the successor to the Orient Express was commanded to leave by the stationmaster’s whistle. 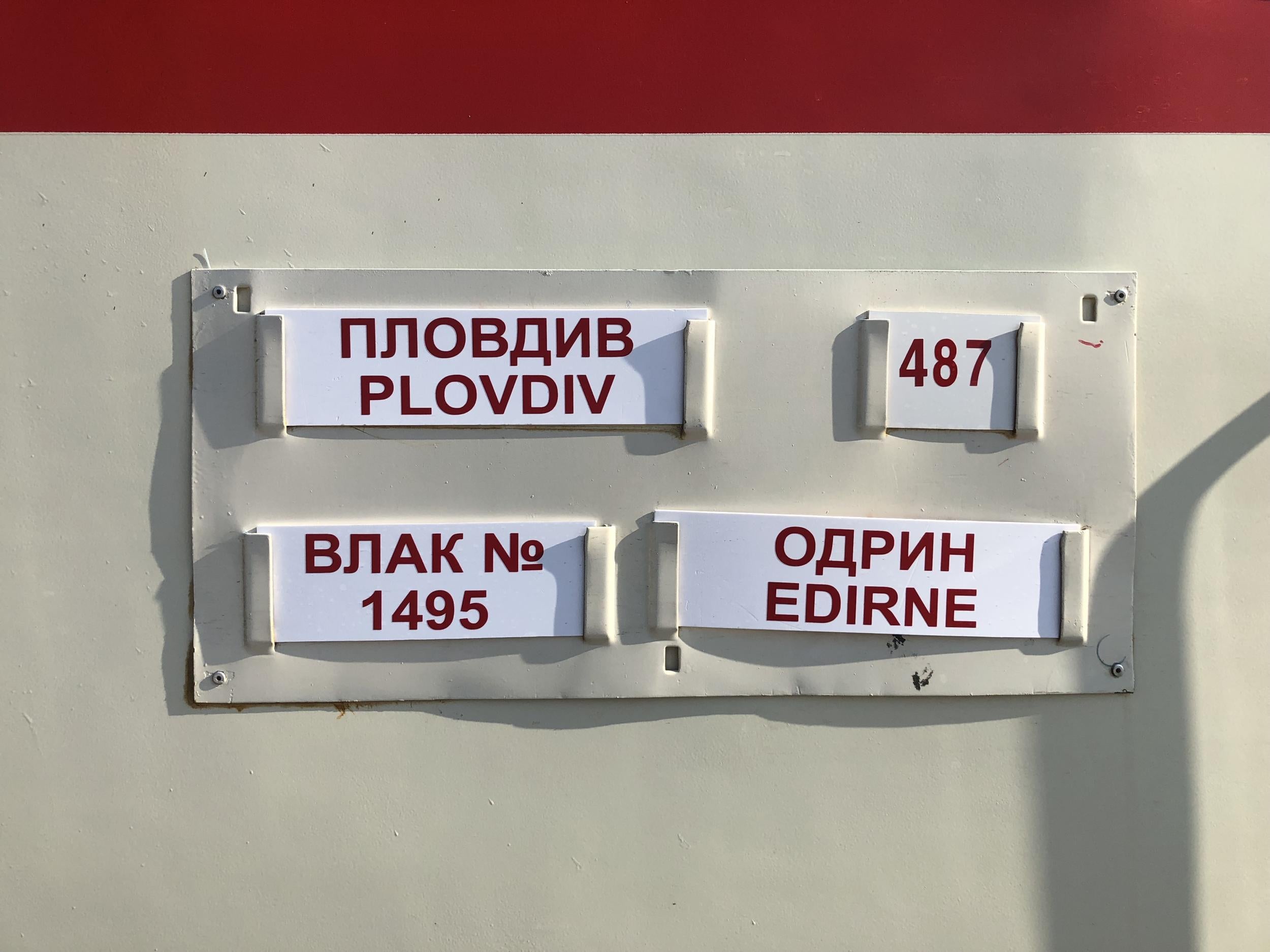 Seconds earlier, he had asked urgently if I intended to board? No, I answered regretfully: I was simply waving it off. I had been on my way to Izmir in Turkey for an even more momentous international connection: the first ferry to sail between the Turkish and Greek mainlands for decades.

The promise was a seven-hour voyage across the Aegean between Cesme (near Izmir) and Lavrion (an hour from Athens). But before I crossed the border from Bulgaria, Nicky Gardner and Susanne Kries – the editors of Europe by Rail – warned me the route was, in fact, a temporarily missing link.

While I had a ticket for the inaugural 2 June departure, they spotted that the shipping line, Aegean Seaways, had deferred the maiden voyage for a couple of weeks. One problem: I had a plane ticket out of Athens. With no chance of a ferry, I stepped aboard a train heading in the opposite direction, to the Bulgarian capital, Sofia. That was because I managed to find a cheap deal to Athens with the organisation that moves far more people across European frontiers than any other: Ryanair.

As I boarded the 6am flight to the Greek capital last Sunday morning, I wondered at the economic forces that have made planes more affordable than trains: previous generations of backpackers would never have dreamed of flying the 300 miles between Sofia and Athens.

Yet with every small step, such as the new train to Turkey, the railways are returning to their rightful role connecting Europe.

Club Med ship will be back in the water this winter: Travel Weekly