These are 10 of the best train journeys in the world

From the idyllic spoils of the Dordogne, to the picture-perfect Italian Riviera or the magic of the Pyrenees, rail holidays aren’t just about getting from A to B, they’re about the journey.

Throughout the world, these incredible networks take you through iconic locations and historic hot spots from the comfort of your seat.

Holidays by rail can suit every type of traveller – particularly with organised and affordable trips planned for you.

Rail Discoveries helps turn your travel ambitions into a reality and allows you to explore some of the world’s most iconic tracks in stunning locations.

With a host of packages including accommodation, travel, excursions, tour guides and food, you can explore new places in elegant style – making the most of top destinations including Italy, Switzerland, France and Spain.

So, now take a look at 10 of the world’s best train experiences, where the journey is all part of the adventure… 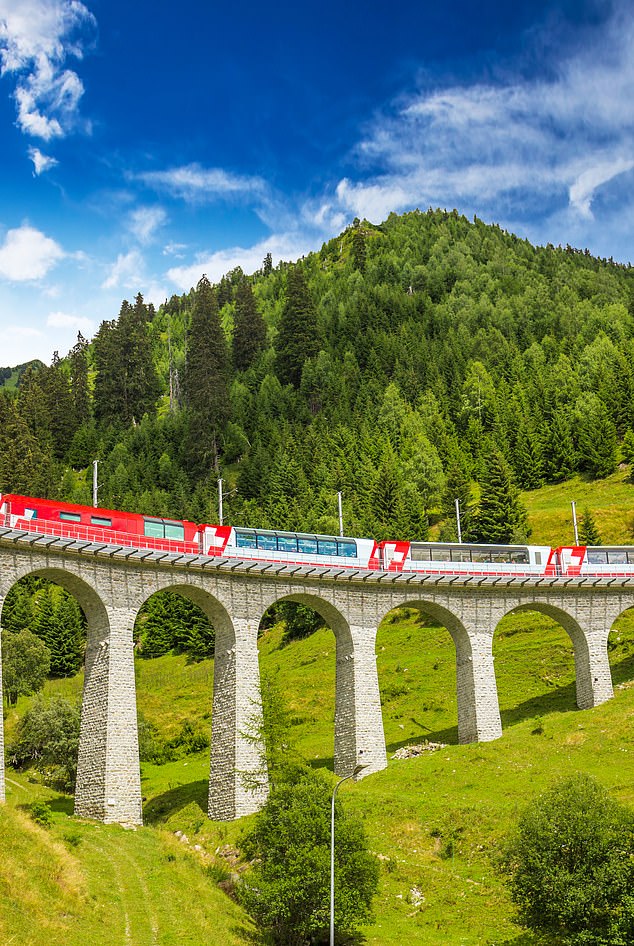 A journey on the world-famous Glacier Express is unlike any other. Aside from delivering you smoothly and comfortably from Chur to Brig, the unique Glacier Express serves up unbeatable 360-degree views of the Swiss Alps in panoramic train carts with unique seat-to-ceiling windows. 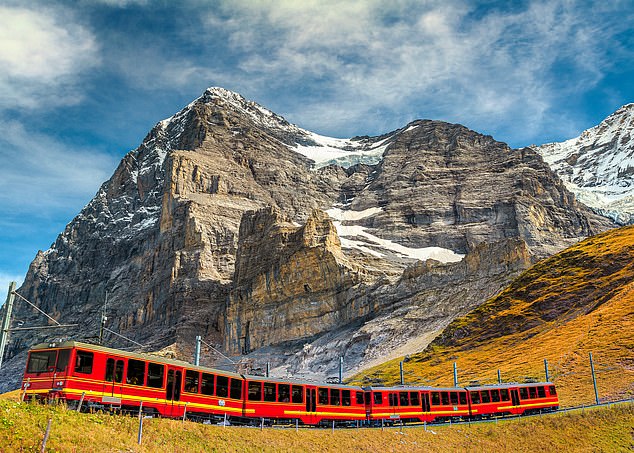 Journey to the ‘Top of Europe’ on the historic Jungfrau Express. Reaching altitudes of a mind-boggling 11,000 feet, a ride along the Jungfrau railway delivers you to the top of Jungfraujoch to Europe’s highest railway station, without needing to scale any cliff faces.

This awe-inspiring journey takes you inside the North Face of the Eiger, climbing steeply through the Mönch mountains, before pausing on a snowy platform – a whopping 3,454 meters above sea level – where you can enjoy spectacular views for miles around. 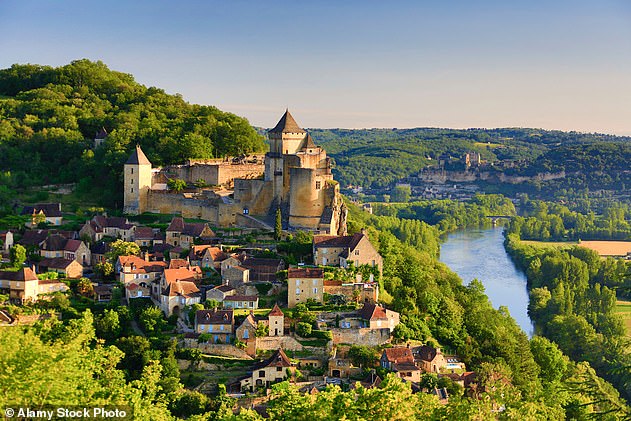 Take a trip back in time on the Truffadou Steam Train. Aboard a beautiful steam locomotive or a powerful diesel, making its way through the Dordogne Valley in rural France, this trip is a chance to experience train travel with its original simplicity and charm.

The Truffadou Steam Train, or Truffle Train, follows the Chemin de Fer Touristique du Haut-Quercy, a Victorian railway line that was painstakingly restored to an 8-mile round trip through Martel that is popular with holidaymakers of all ages.

4. Yellow Train of the Pyrenees 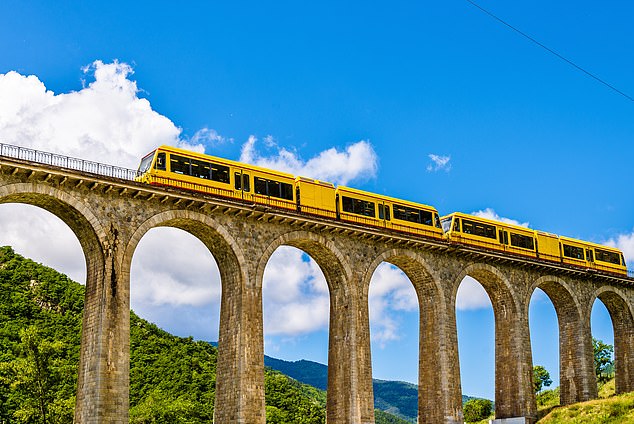 CATALONIA & LITTLE TRAINS OF THE PYRENEES

For more than a century, a gentle ride on The Yellow Train of the Pyrenees has been one of the most romantic ways to take in the French Pyrenees. Journeying from Villefranche-Vernet-Les-Bains in Catalonia, Spain to Latour-de-Carol-Enveitg in Occitanie in France, this iconic little yellow train is your passport to some of the neighbouring countries’ most breath-taking landscapes.

With Rail Discoveries, on their Catalonia & Little Trains of the Pyrenees holiday, you can explore the region further with a journey on the Núria Valley Rack Railway and a trip to the classic Catalonia town of Figueres.

5. Rail Journey along the Cinque Terre 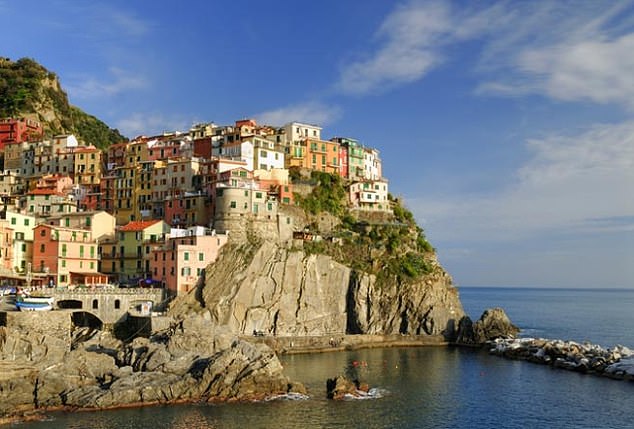 Connecting you to the five fabulous coastal towns of the Cinque Terre, a rail ride is considered the best way to discover the Italian Riviera. An effortless network through Riomaggiore, Manarola, Corniglia, Vernazza and Monterosso avoids the narrow, twisting cliff-edge roads of north-western Italy and cuts right to the heart of these exquisite fishing villages, without skimping on the views.

When booked through Rail Discoveries, an exploration of the Cinque Terre by train is just one highlight on the 9-day rail holiday, which also includes cruises to Portofino and San Fruttuoso and a guided sightseeing tour of Genoa’s Old Town.

What could be more quintessentially English than a heritage railway journey exploring the best countryside that’s right here on our doorstep? The North Yorkshire Moors Railway, first opened in 1836, is one of the most popular heritage lines in the UK as it runs directly through the North York Moors National Park to offer 24 miles of astonishing rural views.

On a scenic ‘Yorkshire by Steam’ rail holiday, organised by Rail Discoveries, you’ll also get to ride the Keighley & Worth Valley Railway through beautiful Brontë country to complete your discovery of Yorkshire by rail. 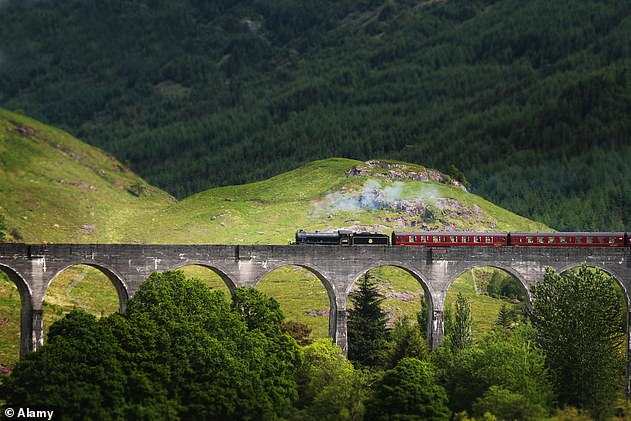 THE OUTER HEBRIDES & THE HIGHLANDS 2020

Aside from featuring in actual Harry Potter films, there’s something very magical about riding the famous Jacobite Steam Train. Carriages from the vintage steam engine were used for The Hogwarts Express, while snippets of The West Highland Line featured on Harry’s journey to the School of Witchcraft and Wizardry, including a ride across the Glenfinnan viaduct.

It’s little wonder the spellbinding locomotive was selected, since it has been enchanting rail fans for over a century. On an 8-day Rail Discoveries holiday of The Outer Hebrides & The Highlands, you’ll take an 42-mile ride encompassing the highest mountain in Britain, Ben Nevis, the shortest river, River Morar, and deepest seawater loch in Europe, Loch Nevis. Magic.

An 8-day rail holiday in The Outer Hebrides & The Highlands starts from £1,179pp with Rail Discoveries

8. Travel between the Imperial Capitals 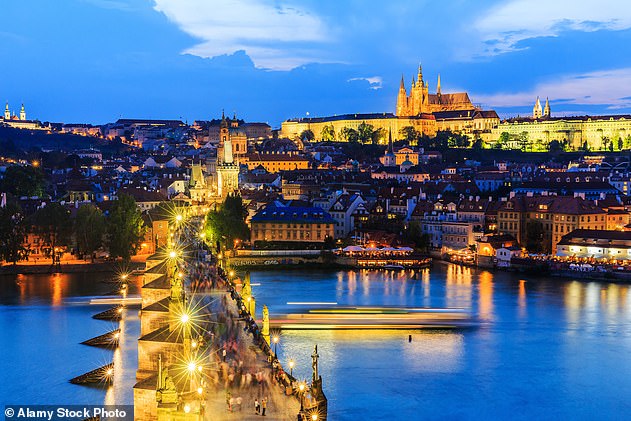 From Berlin to Prague and Vienna to Budapest, a once-in-a-lifetime rail holiday with Rail Discoveries connects you with these four fascinating imperial capitals of central Europe.

Starting in the largest city of Germany, a unique 11-Day adventure takes you on a south-easterly arc of four very different countries, concluding with an illuminating tour of Hungary’s most popular destination. It’s an unbeatable exploration of European art, history and culture with stops at world-class castles, palaces and museums, all jam-packed into an unforgettable sightseeing holiday by rail.

An 11-Day adventure in the Imperial Capital Cities starts from £1,299pp with Rail Discoveries 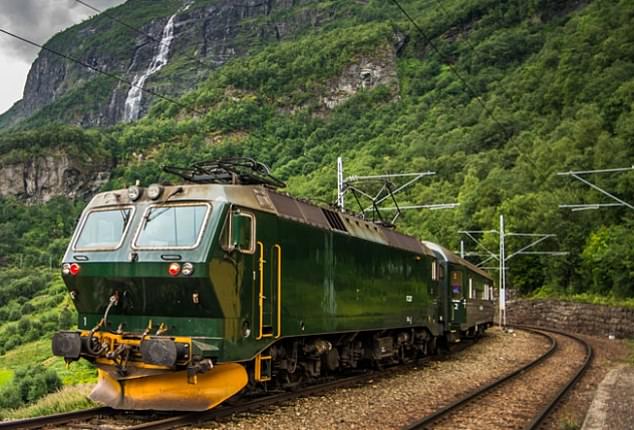 Hailed as one of the most beautiful rail journeys in the world, a ride on the Flåm Railway is a truly indelible experience. The train runs from Aurlandsfjord, a tributary of the Sognefjord, up to the high mountains at Myrdal station, intersecting the most magnificent landscapes in Fjord Norway.

Fascinatingly, the Flåm Railway is one of the steepest standard gauge railway lines in the world, making for an exhilarating ride from the seafront up to the peaks along waterfalls and mountainsides that make for a truly epic Norwegian adventure. 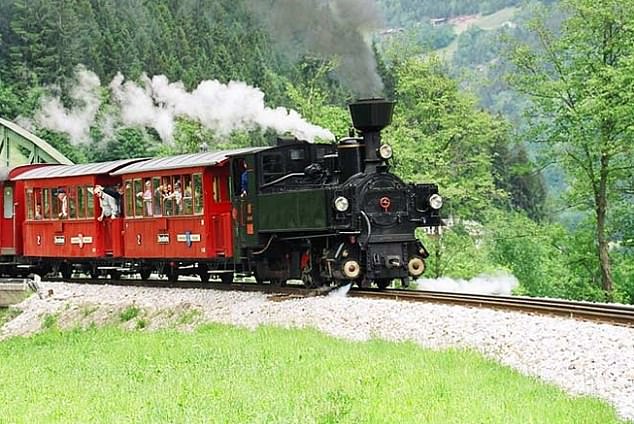 Let off steam on the Zillertalbahn Railway, Austria’s number 1 car-free way to explore the Zillertal Valley. The 118-year-old Zillertalbahn Steam Train offers the chance for a nostalgic rail journey along the narrow gauge track from Jenbach, south of Lake Achensee, to the popular destination of Mayrhofen through the province of Tyrol.

On a rail holiday with Rail Discoveries, this unique steam train experience is just part of the fun, with a guided tour of Salzburg, a cruise of Lake Konigssee and 8 nights of all-inclusive accommodation in picturesque Oberndorf.

A 9-Day Tyrolean All Inclusive rail holiday starts from £1,349pp with Rail Discoveries

Your journey begins here: Why book with Rail Discoveries?

– Whether travelling solo or in a couple, experiences are shared with a friendly group of like-minded travellers.

– Flexible and relaxed itineraries have time built in, to explore destinations at your leisure.

– All tours are fully escorted by a UK Tour Manager from start to finish.

– Excursions abroad are led by local guides with handy knowledge about the destinations on your trip.

– Great value holidays mean all excursions are built into the price of the tour, with no unexpected add-ons.

To book your holiday by rail today, click here…