Queen Elizabeth II travels across the globe, on a variety of official royal trips. While representing the crown, it is essential the monarch is dressed in a smart fashion. The Queen, 92, is usually fond of classic, formal outfits with a pop of colour. The UK’s longest-serving monarch also tends to wear a hat in an accompanying shade to her blazer jacket or dress.

Yet when she travelled to Namibia, in 1990, the hard work of her wardrobe and wider entourage nearly came unstuck.

Talking of her visit to the south African nation, he wrote: “If Namibia had little knowledge of the Commonwealth, it knew even less about royal visits, but it was keen to learn.”

He added: “There was a similar presence of mind when the desert wind at Windhoek International Airport threatened to blow away the red carpet, as the Queen’s VC10 was approaching.

“The Namibians ordered a 25-stone policeman to stand on the far end of it. 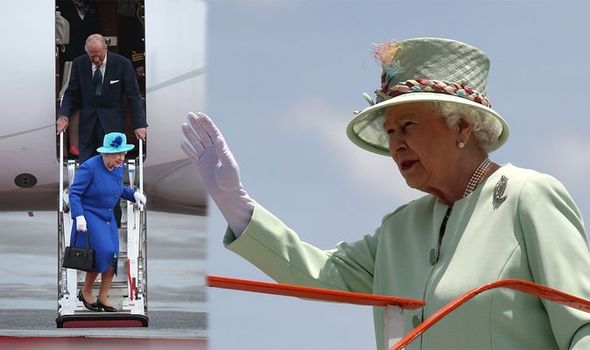 “While that solved the carpet problem, the same wind would cause alarming problems with the royal hemline as the Queen descended the aircraft steps.”

It appears the monarch, Prince Philip’s wife, was able to deal with the issue calmly, with her dignity in tact as she travelled down the stairs to disembark.

The near mishap didn’t affect the success of the visit of the UK’s longest-serving monarch either, who went on to attend a dinner the same day.

It has previously been revealed the Queen travels with a significant entourage on each and every excursion. 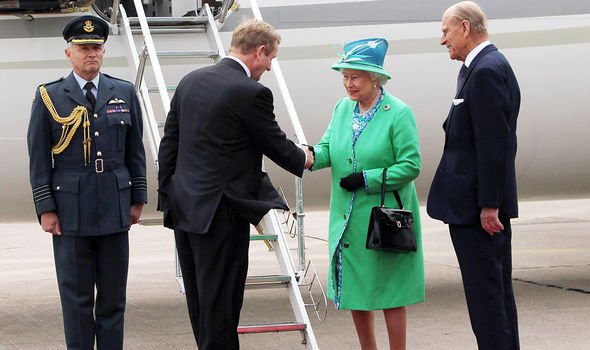 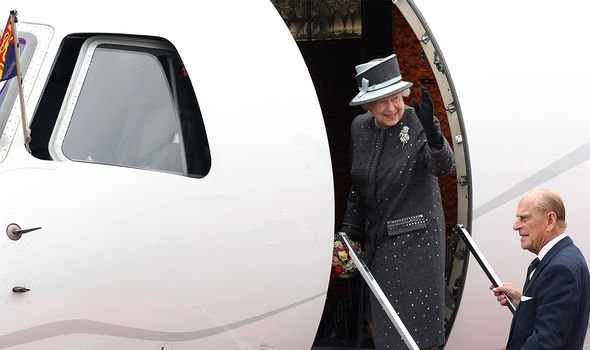 Royal writer Kitty Kelley has opened up on the Queen’s seeming less than confident side in her recent book.

The Royals details the difference in character between the monarch and her husband, the Duke of Edinburgh, 96, during their official state trips abroad.

She said during such occasions, Queen Elizabeth II appeared to feel “self conscious” about “the gaps in her education.”

Kitty wrote: “Philip chatted with anyone about anything, while Elizabeth worried constantly about what to say.”

She added how Elizabeth was said to have confided her worries about public conversation with a close friend, and quoted the chat during which the monarch is said to have stated: “Believe it or not, I lie in my bath before dinner, and think, Oh, who am I going to sit by and what do they talk about?

“I’m absolutely terrified of sitting next to people in case they talk about things I have never heard of.”

From Stilettos to Slippers ·