Home » Travel » The Most Beautiful Places In The World 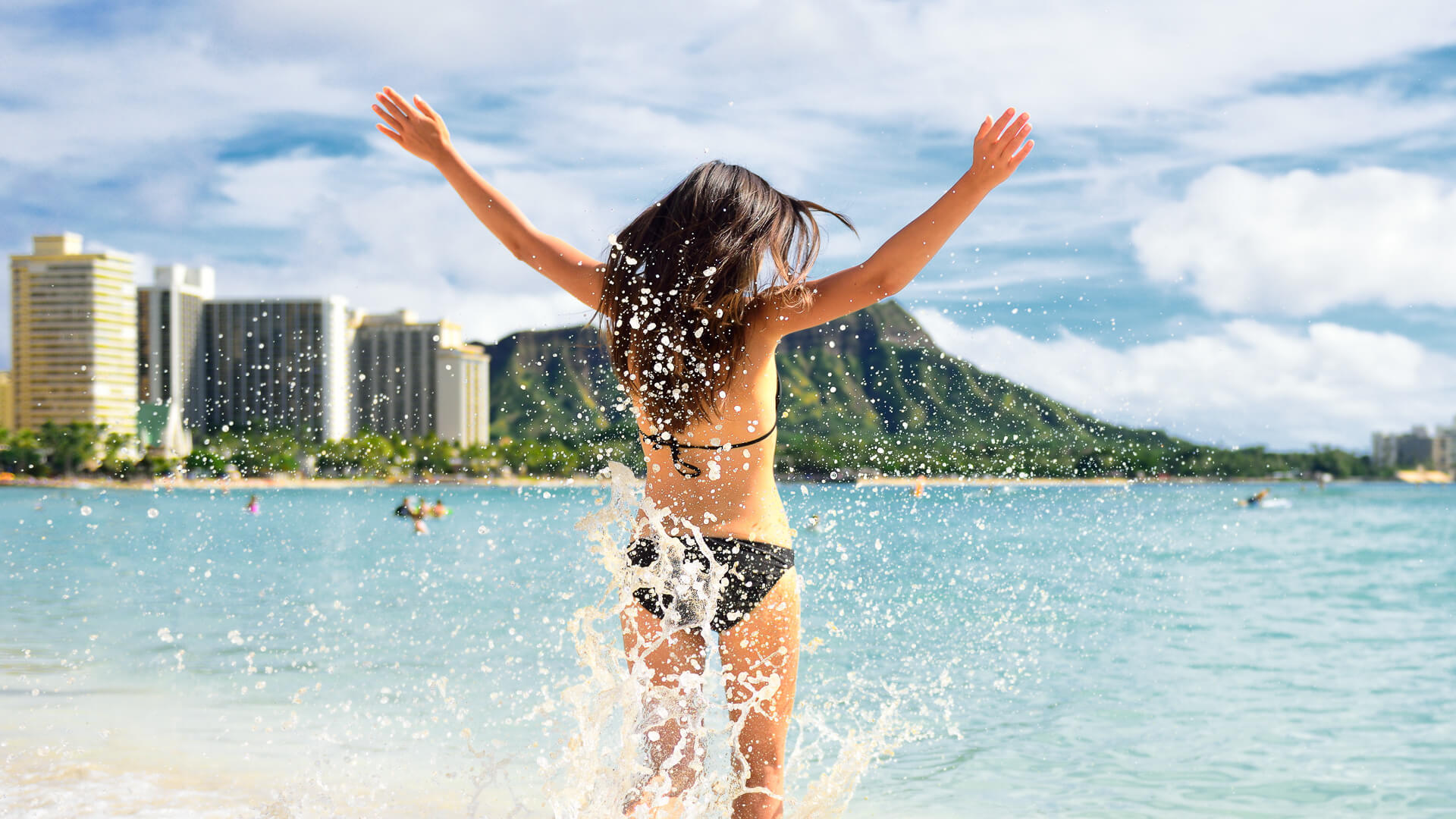 The power of wanderlust is real. Catch a glimpse of these gorgeous destinations across the globe, and you’ll start packing your bags ASAP. If you can decide where to go first, that is.

No wonder this was named one of the new natural seven wonders of the world – Igazu Falls is the world’s largest waterfall system, so there’s definitely no shortage of views here. With 275 different drops, it’s awe-inspiring from every vantage point.

Imagine staring at these sweeping views with a limoncello in your hand. Now that’s amore.

Get your cameras ready – this lakeside town is known as the “most photographed place in Europe.” Spend your vacation wandering the 16th century alpine houses, visiting an ancient salt mine, or even visiting a glacier garden.

Want to know why it’s called the Rose City? Wait until you see it practically glowing at sunset.

Country French addicts, listen up: Not only can you marvel in all the stone-facade, wood-beamed, blue-and-white decor your heart could desire, but you can also visit lavender fields, antique markets, and sip rosé at sunset every evening (with a fresh baguette and cheese, bien sur).

The British bluebell forest is the stuff fairytales are made of. The scones with jam and cream are a close second, though.

The best time to see the vibrant turquoise hue, created by sunlight reflecting off the rock floor, is July and August. But if you prefer a winter getaway, Banff is home to three world-class ski resorts.

If you love the eerie beauty of abandoned places, you need to visit this ancient Buddhist monastery. Ta Prohm temple became part of the jungle once the Khmer Empire fell in the 15th century.

The fiords are stunning any time of year, but it’s particularly worth a visit in December. The conservation area transforms into a purple wonderland each December.

If an overwater bungalow isn’t on your bucket list yet, it needs to be. At the Four Seasons, you can even reserve one with its very own plunge pool.

This Navajo canyon was completely shaped by wind and water. When shafts of light beam in, it’s total magic.

Every spring, 7 million tulip bulbs, daffodils, and hyacinths boom almost simultaneously, making this the most beautiful spring garden in the world. The bloom only lasts from March until May, so plan your trip accordingly.

The marble caves on the Chile-Argentina border change color depending on the time of year you visit. You’ll either see the Cuevas de Mármol as cerulean blue, sea foam green, or a soft gray.

If you’re dreaming of a summer in New England, head to Maine’s rugged coastline. Explore the beaches, eat loads of lobster, and visit lighthouses, like the one George Washington commissioned in 1787, the postcard-worthy Portland Head Light.

The country’s largest national park is a cascading series of waterfalls, caves, and pools that are home to an enormous wildlife population. While summer’s the most popular time to visit, the frozen cataracts are equally stunning come winter.

On the Argentine side, you’ll find steppes, grasslands, and deserts, while the Chilean holds glacial fjords and a rainforest. Whether you ski, hike, or just want to behold the incredible beauty, boundless adventure awaits.

Painted almost entirely blue and white, this Mediterranean village is a coastal decor dream. The entire town is located on a steep cliff, so you can take in the beauty (and breeze) of the Med while perusing local artisanal goods.

It’s got a party-hard reputation, but the Greek island is also home to some of the most charming buildings around, including an infamous row of 16th-century windmills.

Can’t decide which Hawaiian island to visit? Maui’s home to some of the state’s most amazing outdoor adventures, like kayaking past whales in Makena Bay, hiking or biking Haleakala National Park, and of course plenty of water sports like surfing and snorkeling. We’ll be dreaming of pineapples and coconuts.

Floating high above ancient Buddhist temples and pagodas might be the most convincing reason to forget about your fear of heights for a while.

If you’re looking for exotic adventure, add the Red City to your list. The bustling North African mecca includes over a dozen souks plus palaces, world-class gardens, and the Atlas mountain range.

The Daigo-Ji Temple attracts crowds during cherry-blossom season, but the fall foliage provide an equally-stunning backdrop for the historic buildings. One pagoda dates all the way back to 951.

When a prehistoric lake dried up, it left behind these awe-inspiring salt flats. Bright white salt formations make you feel almost as if you’re walking on clouds.

If you don’t recognize these magnificent cliffs from travel inspo accounts on your Instagram feed, you definitely will from Harry Potter and The Chamber of Secrets. The sea cliffs at the Western-most edge of Ireland tower 700 feet above sea level, and are one of the most dramatic views in the country.

This national park was used as a model for the movie Avatar, and it’s just as otherworldly in real life. It’s majestic, wild, and tranquil all at the same time thats to its towering peaks, abundant flora, and running brooks.

If you want to truly feel like you’re living in Outlander, head to Skye. You’ll find some of the most dramatic, wild, and atmospheric scenery in the country-with plenty of standing stones to up the mystical feel.

It’s rare that we’d consider a city as, if not more, beautiful than anything in nature, but if any city gets our vote, it’s Paris. From the Seine, to the pastel sunsets behind the Eiffel Tower, to the Champs-Élysées all lit up at night-Paris, je t’aime.

Rise of the Solo Traveller ·