It’s not too late to ski with Santa… and there are bargains galore: The best last-minute deals to the Alps

Ski conditions across Europe are remarkably good for the time of year and there are still some last-minute bargains to be had.

A mighty storm last weekend dumped a metre of snow at altitude across the northern Alps, and there’s more on its way in the days to come. In lower resorts the precipitation fell initially as rain, but now the mountains are uniformly white.

So if you have yet to order the turkey and fancy a quick dash to the Alps over the holiday period, here’s where to go.

Prices are per person based on two people sharing a twin or double room and include flights, transfers and half-board accommodation unless otherwise stated. 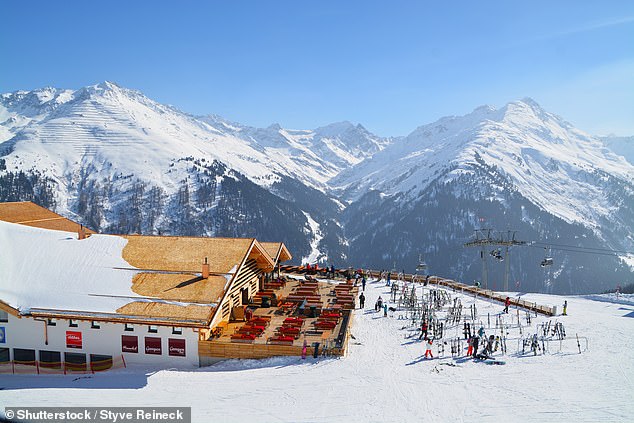 The big chill: St Anton is a premier ski destination

The ski area here, now including Stuben, Zurs and Lech, is the largest in Austria. After a tricky start, St Anton now has 45cm in the valley and a substantial 150cm up on the 2,809m Valluga.

Further snowfalls are expected on Sunday, but then much milder air from the south-west will see temperatures rise well above freezing. However, winter is expected to return in time for Christmas. 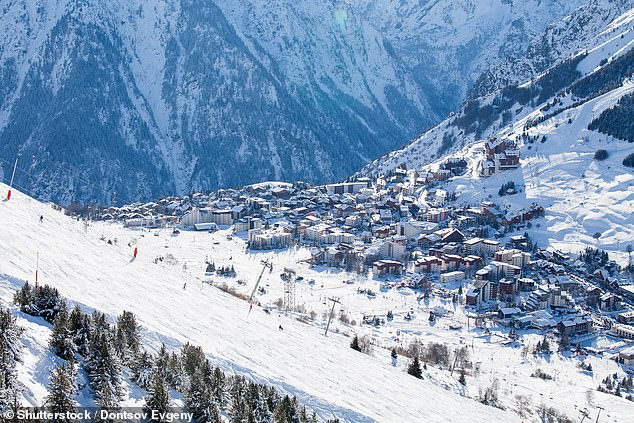 The top lift lies at a mighty 3,600m, making it a safe bet for early and late ski holidays. This week there’s 35cm in the village and 75cm up on the glacier, with more snow expected to fall over the weekend followed by yet more mid-week.

You can expect to see some sunshine over Christmas itself between further snowfalls.

This is the heart of the Three Valleys, a central base from which you can explore its own substantial skiing before venturing further afield to Courchevel in one direction and Val Thorens and Les Menuires in the other. The whole region has plenty of snow with 45cm in the village and 125cm up on 2,738m La Saulire and the link to Courchevel.

It’s set to snow for much of next week and into the weekend, with the chance of the sun making a brief appearance on Christmas Day.

Made up of two villages with considerable rustic charm, Gressoney is at the centre of the giant Monterosa ski area that appeals to all level of expertise.

There’s a 5cm white blanket in the villages and 120cm of settled cover at the top of the pistes, with a further half metre expected in the days to come. The forecast is for a mixture of sunshine and snow on Christmas Day. 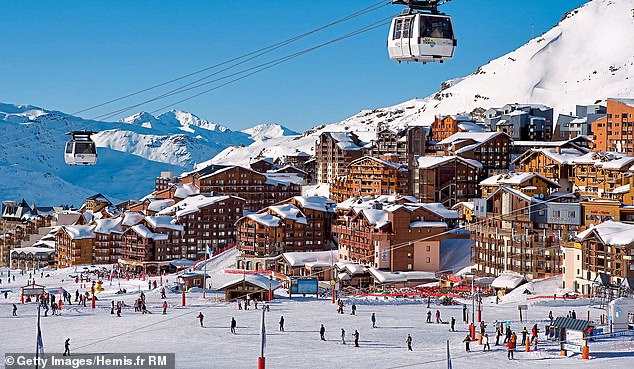 This is the highest resort in the Three Valleys and consistently wins awards for its high standard of accommodation and restaurants. It’s always one of the first resorts to open and the last to close at the start of May.

There’s now 122cm in the village and 140cm at the top of the lift system on the 3,195m Cime de Caron and it looks set to snow from this Sunday until Christmas.

The deal: Arriving self-drive on December 29 in a one-bedroom apartment sleeping up to five people in residence Le Machu Pichu with Erna Low (020 3797 8901, ernalow.co.uk); £1,819 (save 20 per cent). Price includes Eurotunnel Flexiplus crossings for one vehicle.

This high resort close to the Italian frontier traditionally has the best early snow cover in Europe and this year is no exception. However, for the first couple of weeks of the season, which started in November, the snowline was at 2,100m.

While most of the runs were in excellent condition, skiers had to use the lift to return to the village.

It now has 80cm in the village and 140cm at the top of the lift system. More snow is forecast for today and throughout next week leading up to Christmas. Temperatures at this altitude should remain well below zero.

Cruise chef reveals how clean the onboard kitchens really are

24 hours in Bratislava: A perfect day in Slovakia's Christmas capital

Air France picks a woman CEO, a rarity in the airline world