The closure of the glittering Thai bay made famous by the movie The Beach has been extended for another two years to allow a full recovery of its corals and wildlife, an official said Thursday, drawing a sharp rebuke from the tourism industry.

Maya Bay, ringed by cliffs on Ko Phi Phi Ley island and surrounded by azure waters, was made famous when it featured in the 2000 film starring Leonardo DiCaprio.

It was shut last June by Thai authorities due to worries the white-sand paradise was suffering from the pressure of thousands of day-trippers arriving by boat. 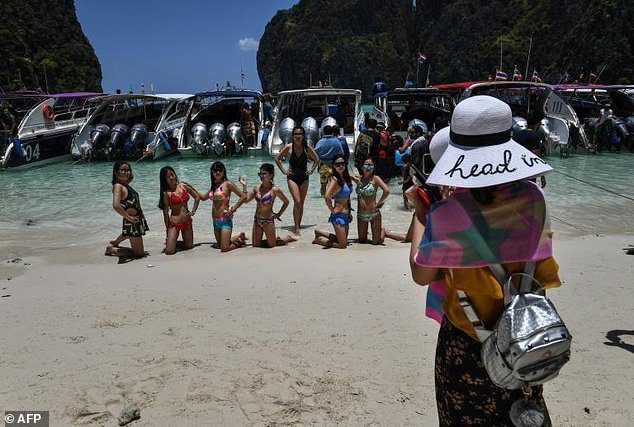 Tourists pose in Maya Bay before a row of boats in April 2018, shortly before the beach was ruled off-limits in a bid to protect the environment 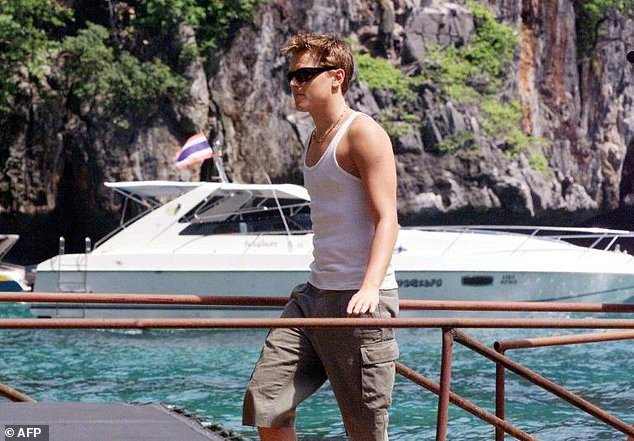 Authorities had initially said the beach – a massive draw for Thailand’s more than 38 million tourists – was going to be closed for four months, but the re-opening was repeatedly postponed.

Thon Thamrongnawasawat, advisor to the Department of National Parks, told AFP on Thursday the ban on visitors will be extended until mid-2021.

‘The resolution of the Department of Parks yesterday is to extend the closure of Maya Bay for another two years to allow its ecology to fully recover,’ he said. 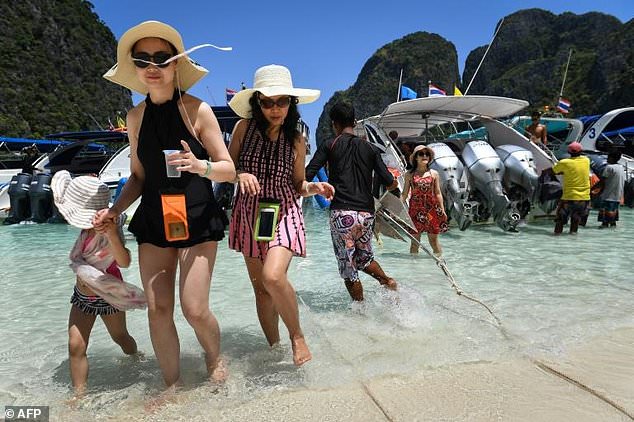 After it is re-opened, measures such as limiting the number of daily visitors and banning boats from parking within the bay’s waters will be enacted, Thon said.

Before Maya Bay’s closure, up to 5,000 tourists visited daily, causing trees and smaller vegetation to be uprooted, creeping soil erosion, and severe damage to the corals in the bay.

A majority of the visitors were ferried there from tourist hotspot Krabi province by local longtail boatmen or tour operators who touted the movie-famous bay as a key attraction for day trips.

‘Maya Bay is the heart of our tourism,’ said Wattana Rerngsamut, chairman of Krabi Provincial Tourism Association, which represents some 200 tourism and hotel operators. 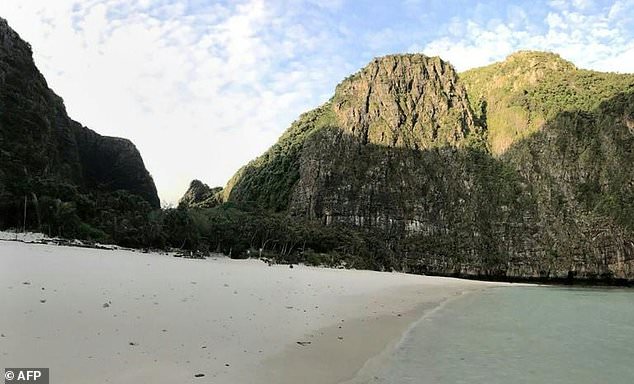 Calling the two-year extension ‘unfair’, Wattana said the Department of National Parks should conduct public hearings so they can find ‘common ground… so that local people can earn a living’.

Chinese visitors, making up a quarter of Thailand’s tourists, have ‘plunged 50 percent (in Krabi)’, he added.

Thailand experienced a three-month slowdown in tourism last year, most noticeably since July when a ferry sank and killed 47 Chinese visitors off nearby Phuket.

Since the tragedy, the government has rolled out inducements aimed at regaining trust and making travel easier – including exempting Chinese visitors from paying a visa-on-arrival fee.

Less than a year after its closure, blacktip reef sharks have been sighted swimming in Maya Bay, with conservationists saying their return signals signs of a recovery to the ecology.

New After Dark Events Coming to Disneyland in 2020

Summer holiday: Will we be able to holiday in UK this summer?