Passengers on Aer Lingus Flight E1 931 “took out their phones to make calls” during a bumpy flight to Belfast amid Storm Brendan. The flight departed London Heathrow and was diverted to Belfast International Airport as they battled high winds due to the storm.

Dwaine Vance, a passenger on board, took to social media to share details of “the scary flight.”

In a Facebook post, Mr Vance said: “I have been a passenger on planes for many years, and I’m used to the occasional windy day and bumpy ride during flights.

“Traveled from Heathrow to Belfast and after two failed attempts at landing at City Airport we have reached Aldergrove airport.”

Mr Vance praised the talent and skills of the Aer Lingus pilot, calling the landing “nothing short of miraculous.” 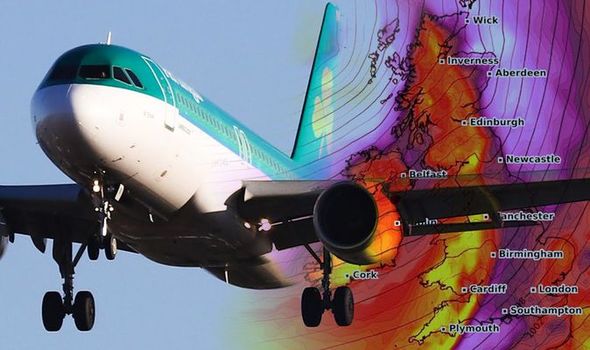 “You know it was a scary flight when people take out their phones to make calls, and people are openingly sobbing on the flight. I for one, was petrified,” he said.

“Thankfully we landed safely, albeit at the wrong airport.”

The flight was captured by FlightTracker.com circling Belfast City Airport multiple times before landing at the international airport instead.

DON’T MISS
Ryanair cheap flights 2020: These are best deals on offer now – where will you go?
Meghan Markle uses this bizarre Hollywood health tip to beat illness when flying
Hand luggage: Save space and beat airline rules with this unlikely packing technique

“The aircraft landed safely at 12:52 and guests were provided surface transport back to Belfast City Airport. Aer Lingus apologises for the inconvenience to guests.”

Britain has been battered by Storm Brendan, resulting in flights grounded, ferries cancelled and trees downed.

“The whole of the western side of the UK was included in the warning area but the West of Scotland has borne the brunt of the highest winds.” 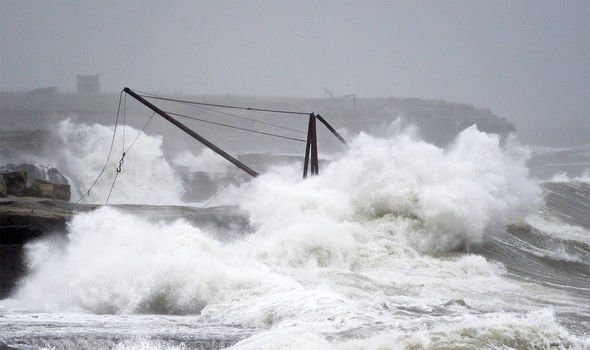 Scotland is expected to continue to be hit with high winds of 60mph to 70mph from Storm Brenden.

Nicola Maxey, of the Meteorological Office, said: “In the wake of Storm Brendan, we have another low-pressure system arriving from the South-west.

“We are looking at wind speeds of 40-50mph inland and 60mph in coastal areas. On very exposed coasts and hills, winds could reach 70m 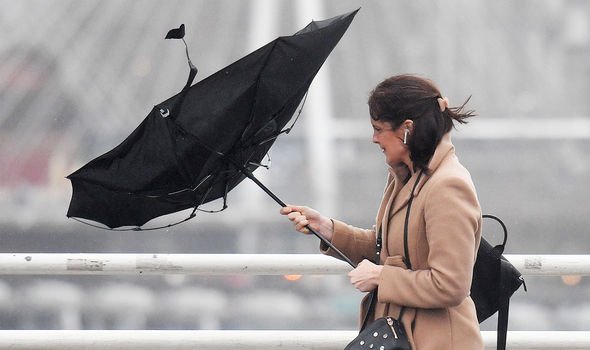 There were also 60 continuing flood alerts covering the Midlands and southern England.

Rain is expected to move eastwards across the country on Thursday, which is likely to be heaviest in the West, followed by showers.

Frost could return on Thursday night as temperatures dip. By Friday, daytime temperatures are forecast to plunge to a maximum of 9C (48F) in the South by day and 6-7C in northern areas.

The settled weather is set to last into next week bringing the chance of frosts, the Met Office added.

Tourism and the 2019 Australian Budget ·

15 Trips in 2 Years: How One Family Maximizes the Southwest Companion Pass