Spain was issued a travel warning by the UK Foreign and Commonwealth Office (FCO) this week. Storm Gloria has battered Spain with heavy rain, high winds and snow. More than 30 provinces were placed on alert by the Spanish meteorological agency AEMET.

Much of Girona is currently under an orange ‘major risk’ warning for rainfall, while other nearby regions like Barcelona and Huesca are under yellow rainfall warnings.

The Pyrenees mountain range is currently under a yellow risk for avalanches.

Parts of Seville, Cadiz and Andevalo are also under yellow rain warnings while Guadalhorce is under an orange ‘major risk’ warning.

At least eight people have died so far, four people are missing and over 200,000 people have been left without power. 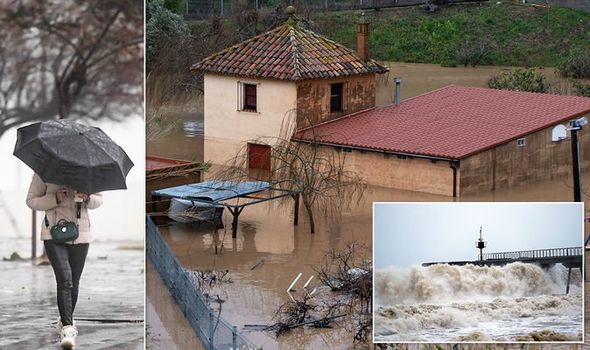 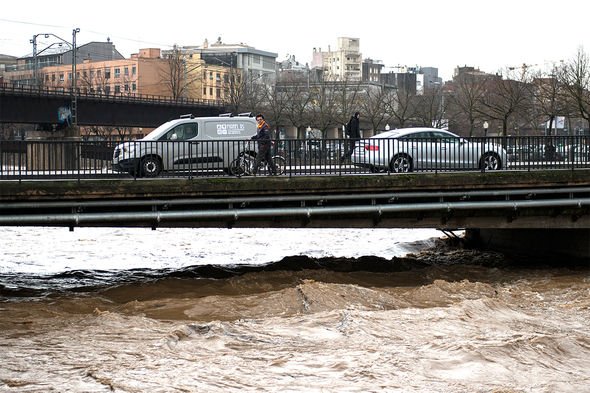 The country’s Mediterranean coast and the Balearic Islands were particularly affected by the weather front.

Some waves have reached heights of up to 44 feet while winds of up to 71mph (115kph) hour were reported in the province of Valencia, according to AEMET.

Storm Gloria was described as the worst storm since 2003 “and likely of this century”, according to the head of Barcelona’s beach services, Dani Palacios.

The FCO updated its travel warning to Spain on Tuesday – and the advice is still very much in place.

“The Balearics, Almeria, Granada and Jaen are also on high alert.

“High winds and snowfall may cause road closures and disruption to transport services. 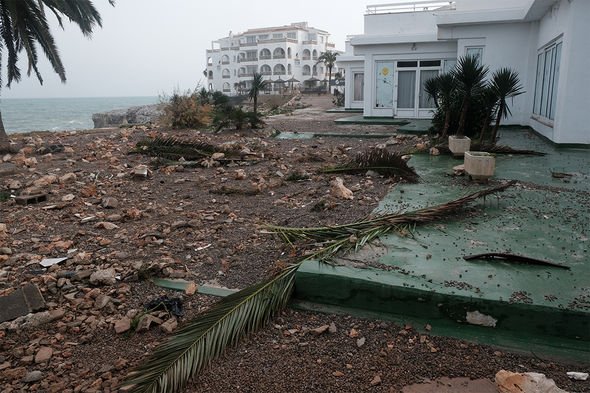 “If you’re in the area you should exercise caution and follow the advice of the local authorities.”

Shocking footage has emerged this week of the alarming extent of Storm Gloria.

The holiday hotspot of Tossa De Mar in Spain near Barcelona has seen streets blanketed with unbelievable amounts of seafoam. 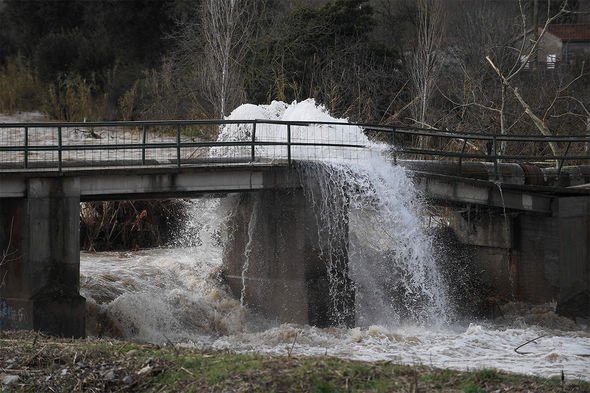 Huge waves inundated promenades and seafoam even reached into homes in the popular tourist town.

Massive waves crashed ashore in the Catalonia destination as a result of the lethal Storm Gloria bringing with them a deluge of seafoam, or marine foam, which is caused by the agitation of organic matter in seawater.

The marine matter stuck to the walls of buildings as it engulfed the coastal town on Monday.

According to AccuWeather radar maps, rain and snow are forecast to continue across many regions under warning today.