A shocked plane passenger has told of her outrage after finding she’d been booked into a non-existent seat on a budget airline.

Satwika Ika revealed on Facebook how her flight on September 16 from Palembang to Jakarta with the Indonesian low cost carrier Lion Air was a complete nightmare.

She said her ticket – costing £24.11 (473.100 IDR) – was marked for 35F but when she boarded the flight she discovered that the row numbers stopped at 34 and a toilet was installed where her seat was meant to be located. 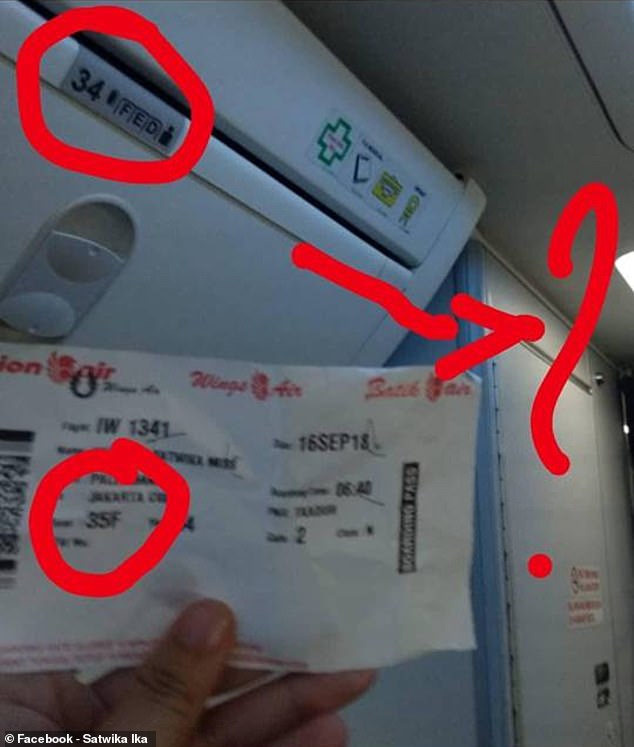 Satwika Ika revealed on Facebook how her flight on September 16 from Palembang to Jakarta with the Indonesian low cost carrier Lion Air was a complete nightmare. She was allocated a seat in row 35, but this photo shows how that would be right where the toilet is 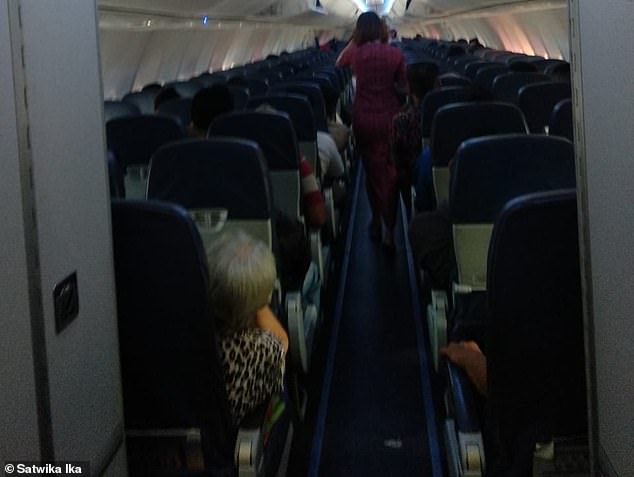 When everyone was on board, Satwika was eventually directed to a free seat in the middle of the plane, pictured

Adding to the ordeal, she said the flight attendants she consulted to resolve the issue were ‘rude’ and ‘lacked manners’.

She said that she was told the mix-up was because a larger plane had been swapped out for a smaller model.

She said that she wasn’t the only one that had been assigned an imaginary seat, as a family travelling with a young child were also searching for seats in row 35. 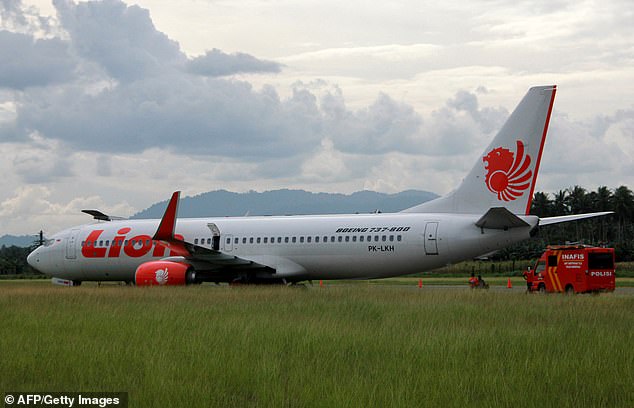 After Satwika’s social media post spread, Lion Air issued an apology and said that the error was due to a change to a smaller aircraft

Finally, when everyone was on board, Satwika was directed to a free seat in the middle of the plane.

To date, Satwika’s public post – which includes a photograph of the non-existent seat on her flight and an explanation around the ordeal – has been shared more than 10,000 times on Facebook, with thousands of readers detailing their own flying woes. 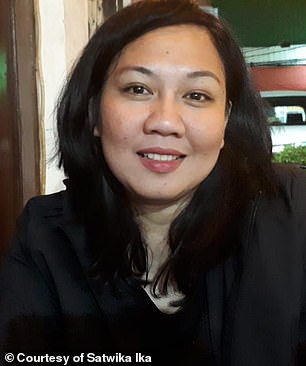 Lion Air has since apologised to Satwika (pictured)

After her social media post spread, the airline issued an apology.

Lion Air’s corporate communications officer, Danang Mandala Prihantoro, wrote that the flight should have been initially operated by a Boeing 737-900ER with a capacity of 215 seats spread over 39 rows.

Due to aircraft rotations that could have potentially caused a flight delay, Lion Air used a Boeing 737-800NG with 189 seats and 34 rows instead.

Satwika acknowledged the apology, but she told MailOnline Travel that the airline didn’t mention anything about the ‘impolite behaviour of their two flight attendants’.