Virgin Atlantic customers were hit with a sick bug while on board a flight transporting passengers from a cruise ship in Barbados today. Emergency services surrounded the plane after flight VS610 landed at Gatwick at 5.25am. All customers were then taken for a four-hour screening process, with two promptly transferred to hospital. Images quickly surfaced on Twitter, taken by passengers who were kept in a separate area of the West Sussex transport hub, showing the events which unfolded.

One showed passengers queued up in a long line while staff, wearing face masks and hi vis jackets, walked past them.

Another captured passengers playing on their phones, and reading newspapers, as they waited to be screened.

It showed them seated on blue chairs in a separate area.

Meanwhile, emergency services vehicles were seen surrounding the shuttle buses which passengers had used to transport them from the plane to the terminal.

A Virgin Atlantic spokesperson confirmed to Express.co.uk those on board had endured a four-hour screening process. 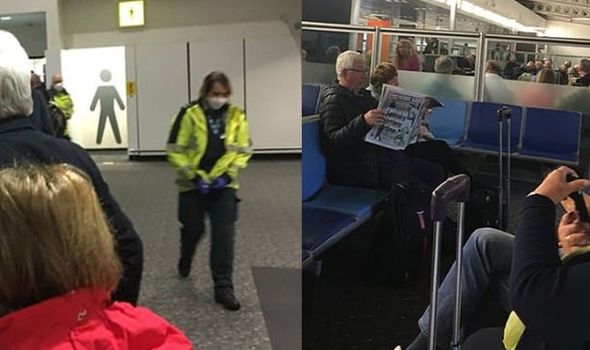 They said it was “to ensure that the medical authorities could undertake thorough checks and effectively adhere to standard health and safety procedures.”

The spokesperson added: “A number of customers onboard the VS610, which landed at London Gatwick this morning (March 6th) from Barbados, reported feeling unwell.

“As a precaution the plane was met by the relevant authorities who made the decision to screen everyone onboard, in line with standard health and safety procedures.

“The wellbeing of our customers and crew is always our priority, and we are supporting those affected.

“Customers have now left the aircraft and can continue their journeys as normal.” 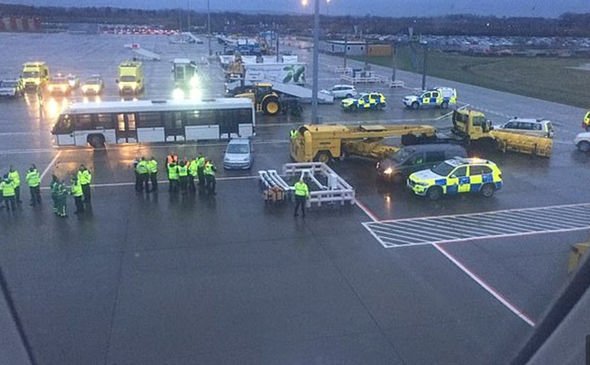 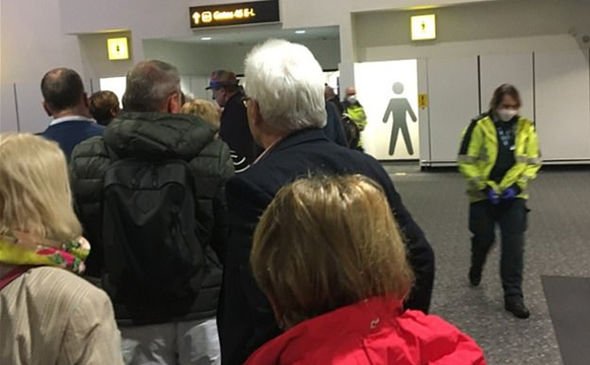 Passenger Trevor Wilson wrote on Twitter: “This flight was exclusively cruise passengers from the MSC Preziosa.

“The illness seems to have originated on board ship not the plane. Five members of cabin crew became sick on flight.”

He added that the sickness was “mainly a bad chesty cough, possibly chest infection”.

“It affected customers and crew. Not sure if exact numbers but I’ve heard it affected 50, 80 and over 100.”

Dubai holidays: Food mistakes to avoid in the UAE or risk being ‘highly offensive’

Victory Cruise Lines' Ocean Victory to Debut in Alaska in 2021