Home » Travel » See what these ancient wonders would look like today 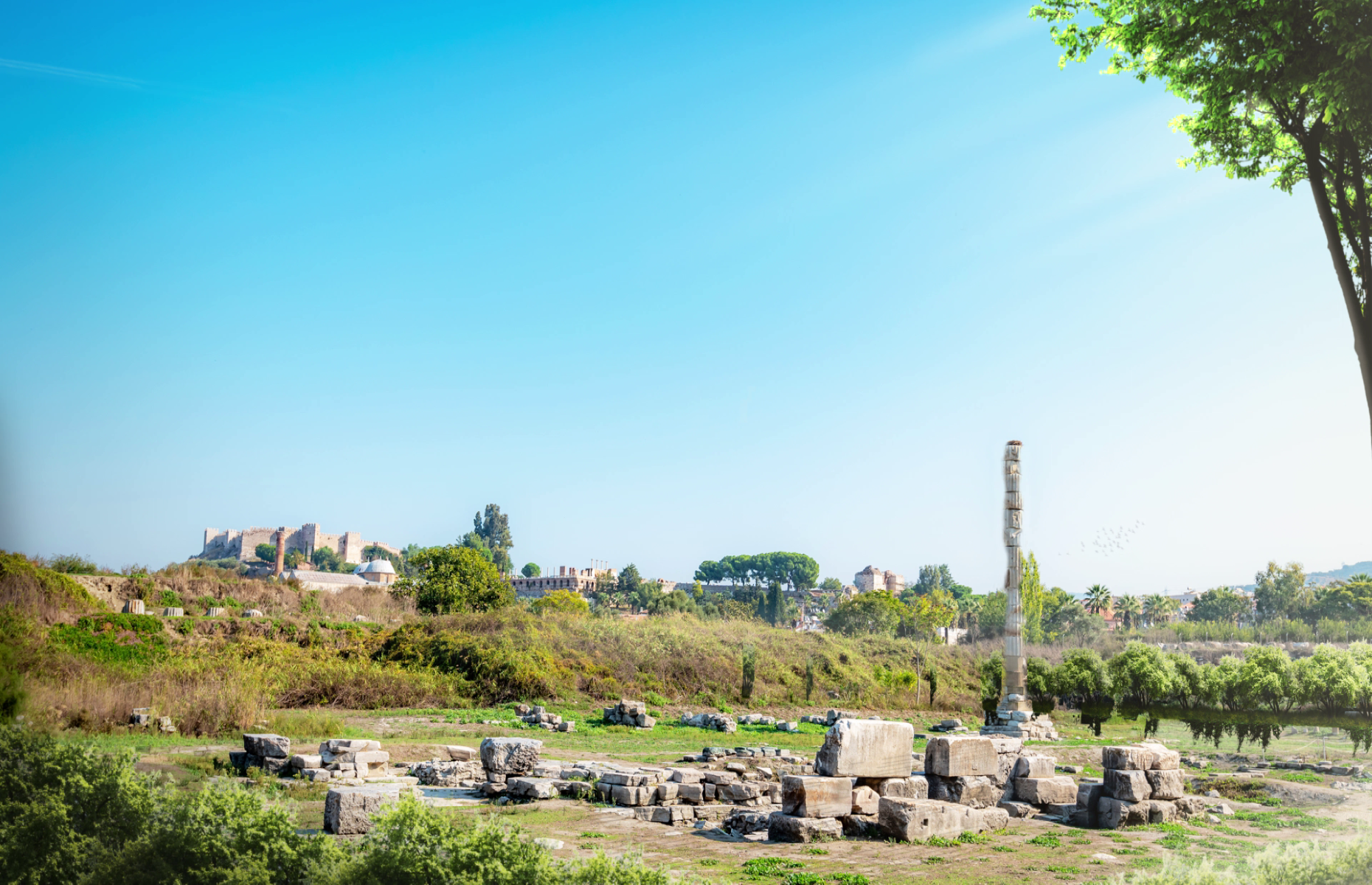 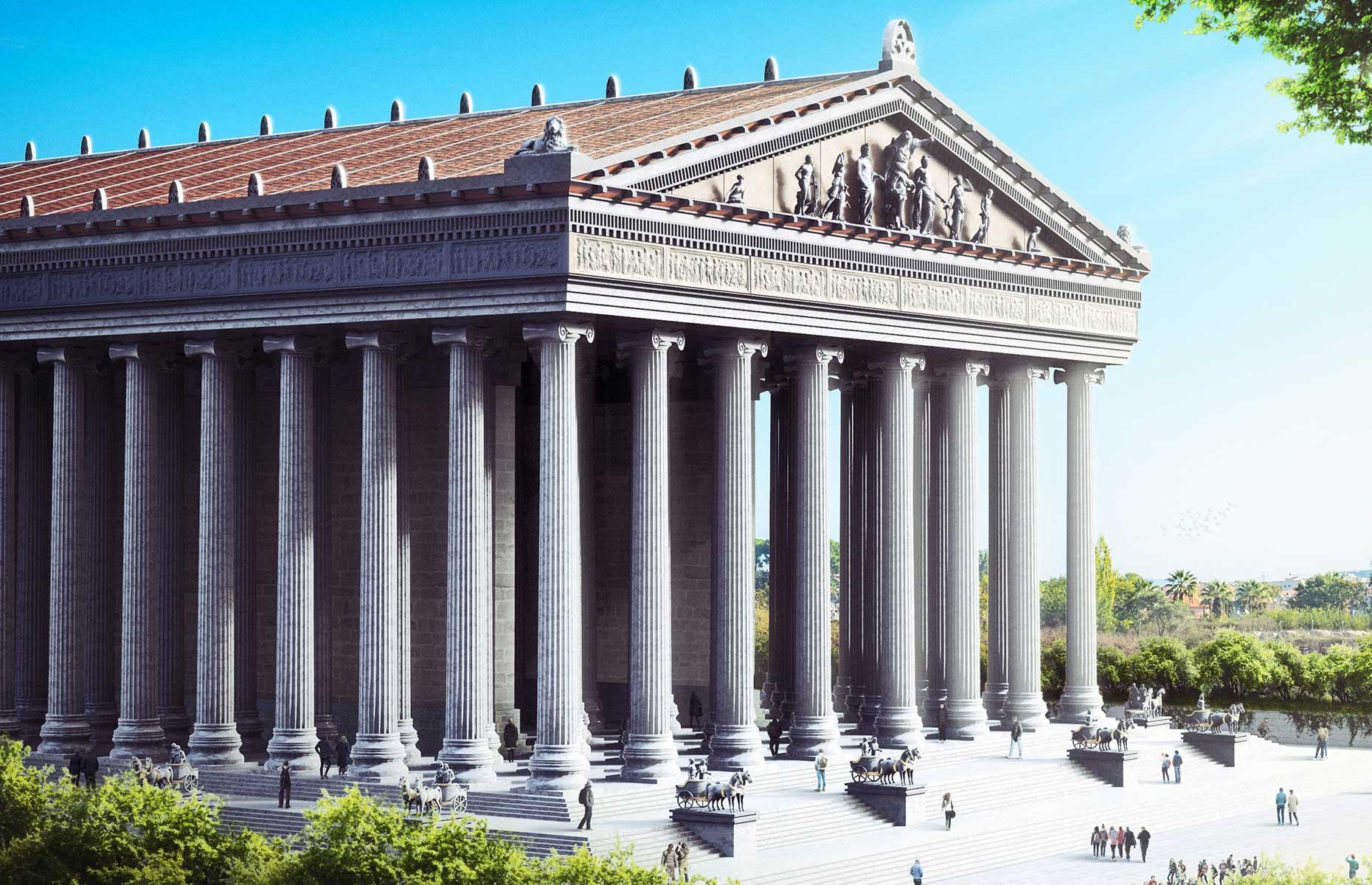 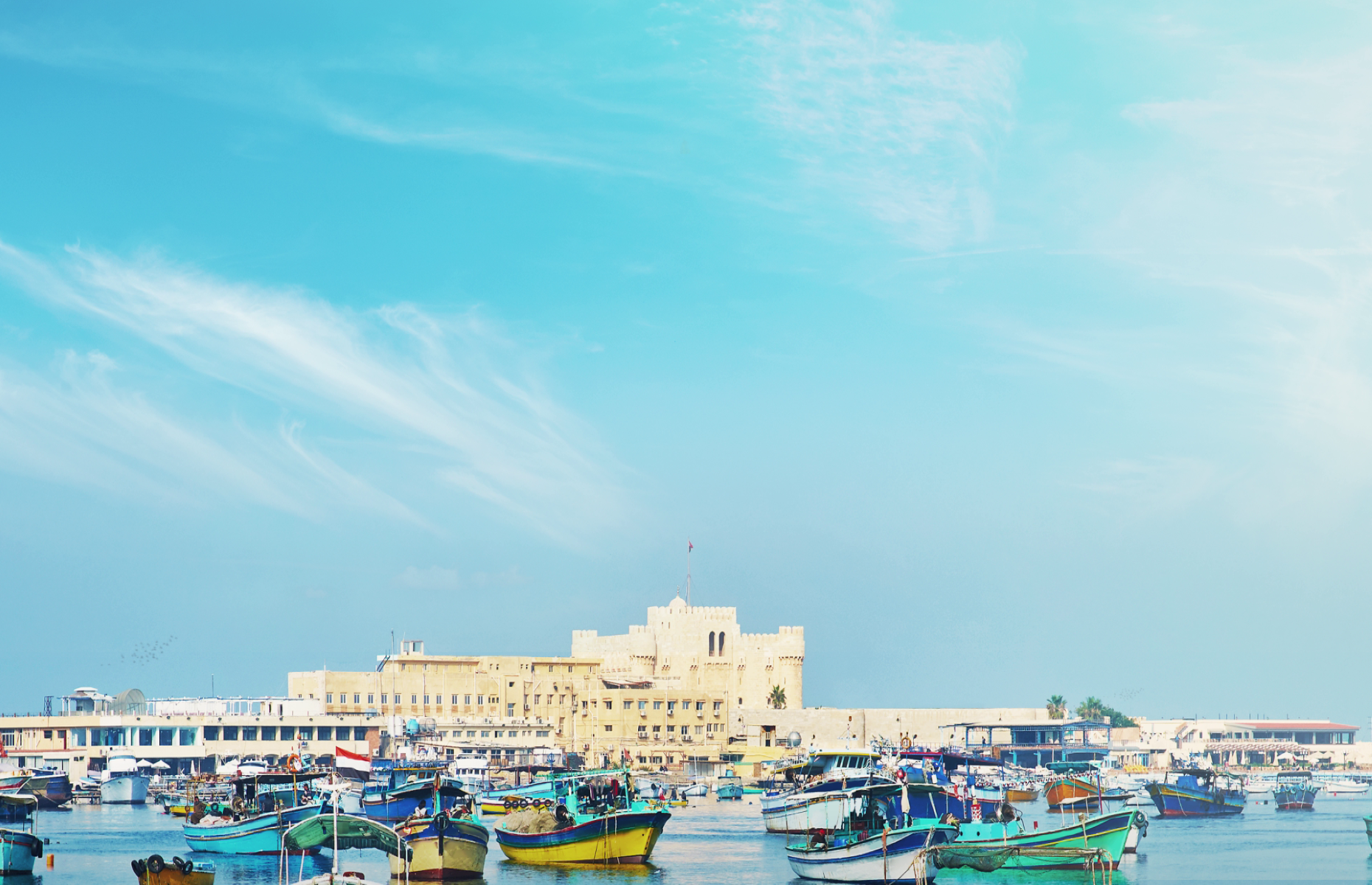 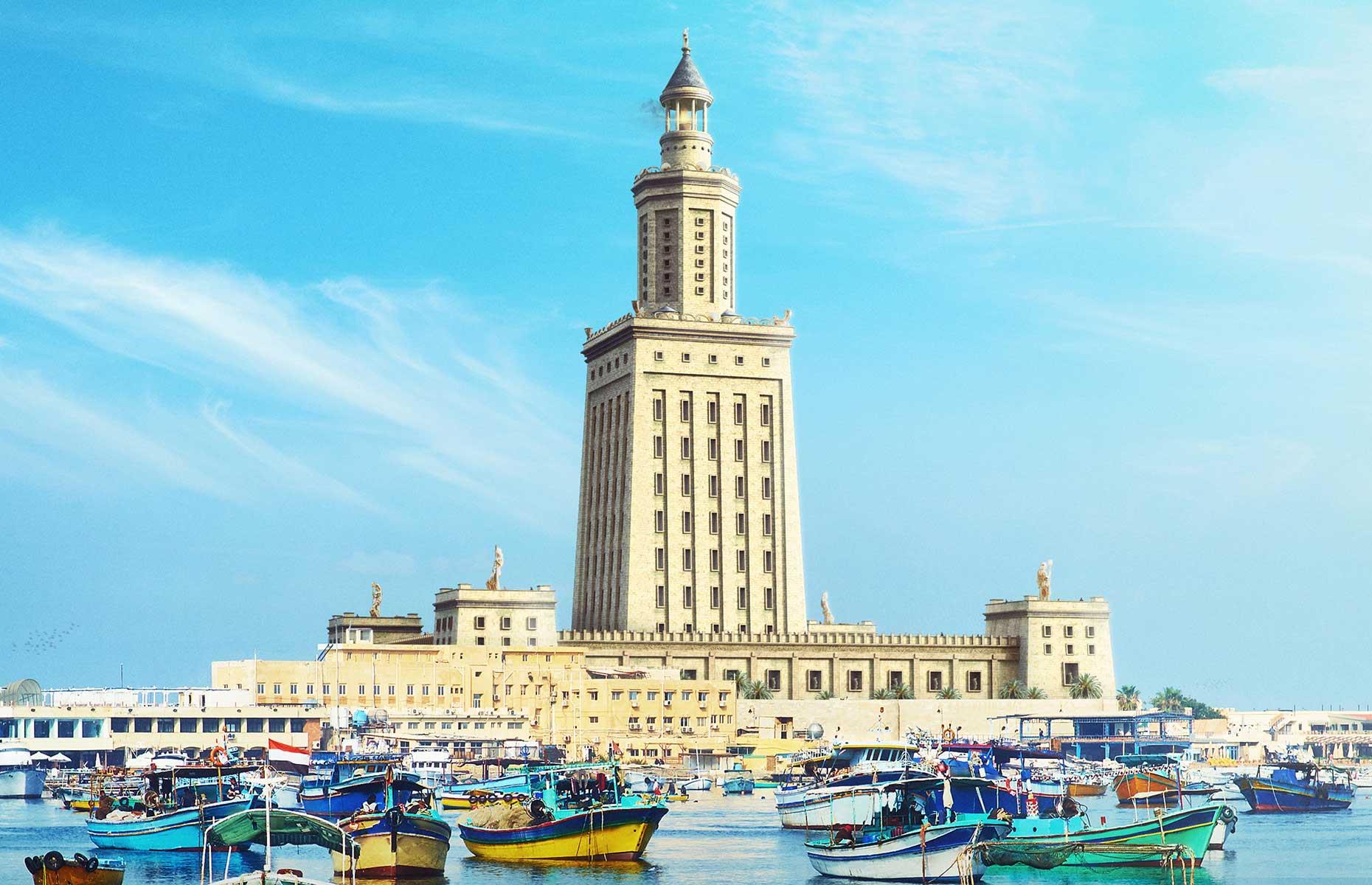 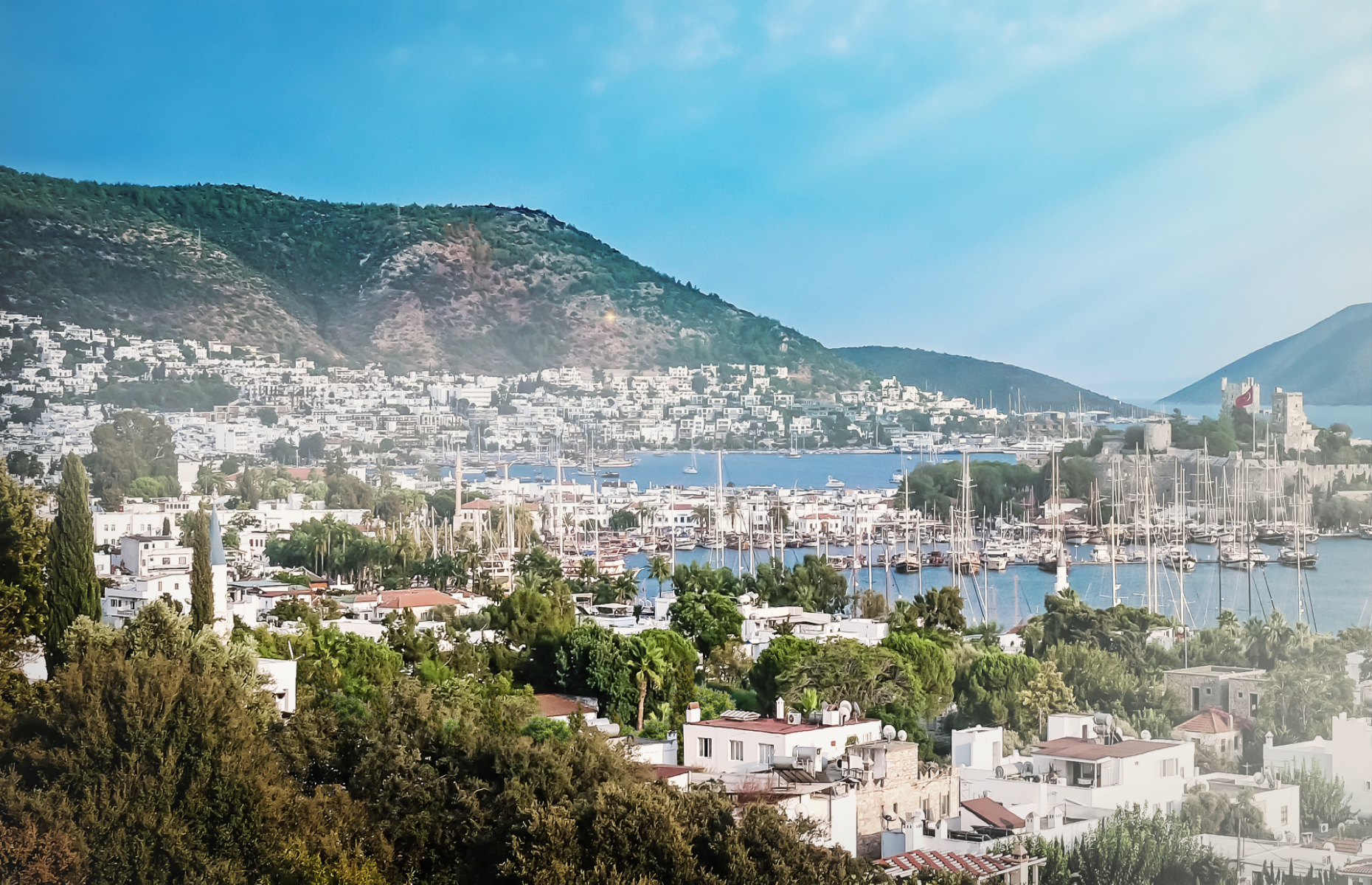 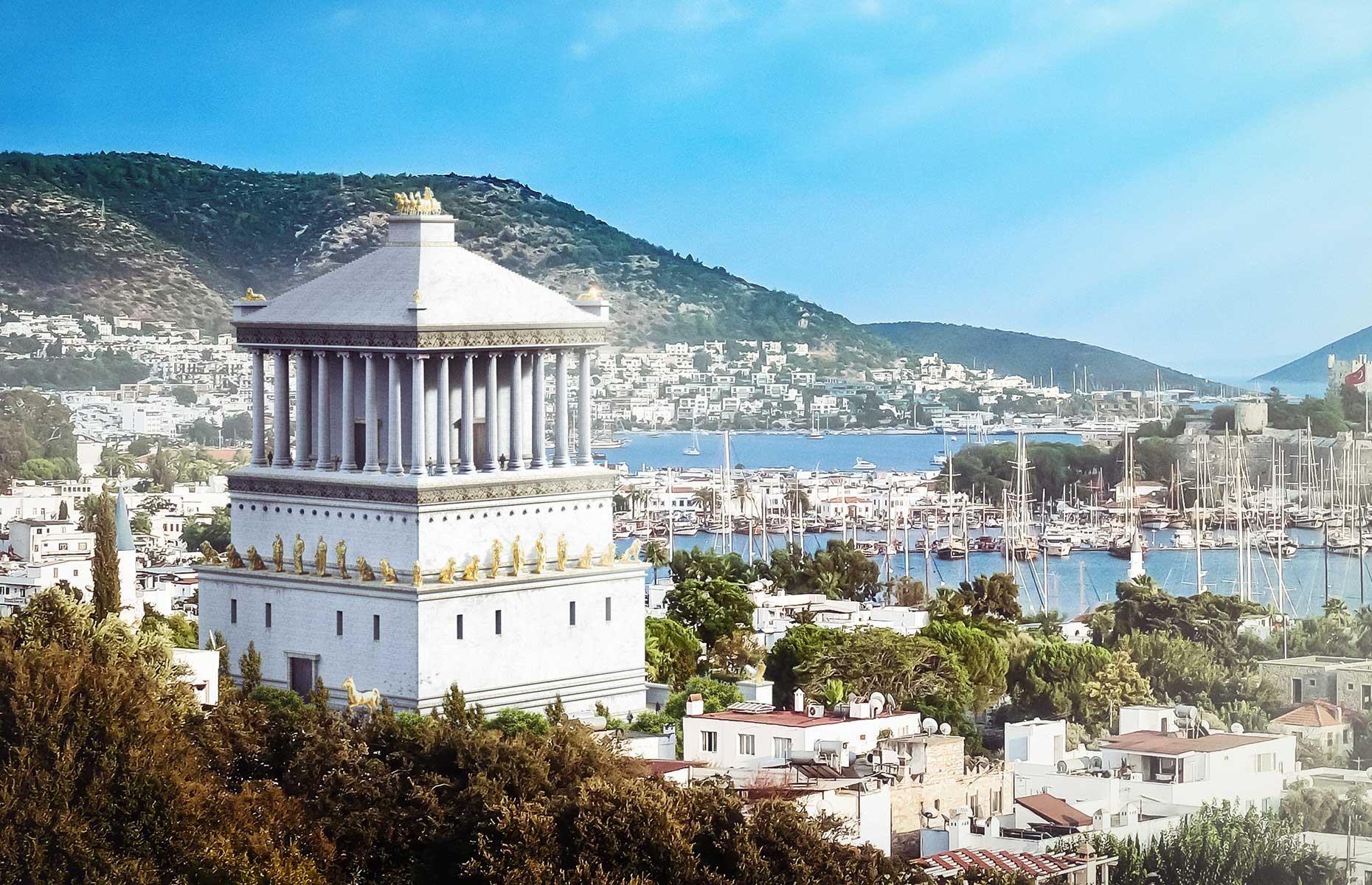 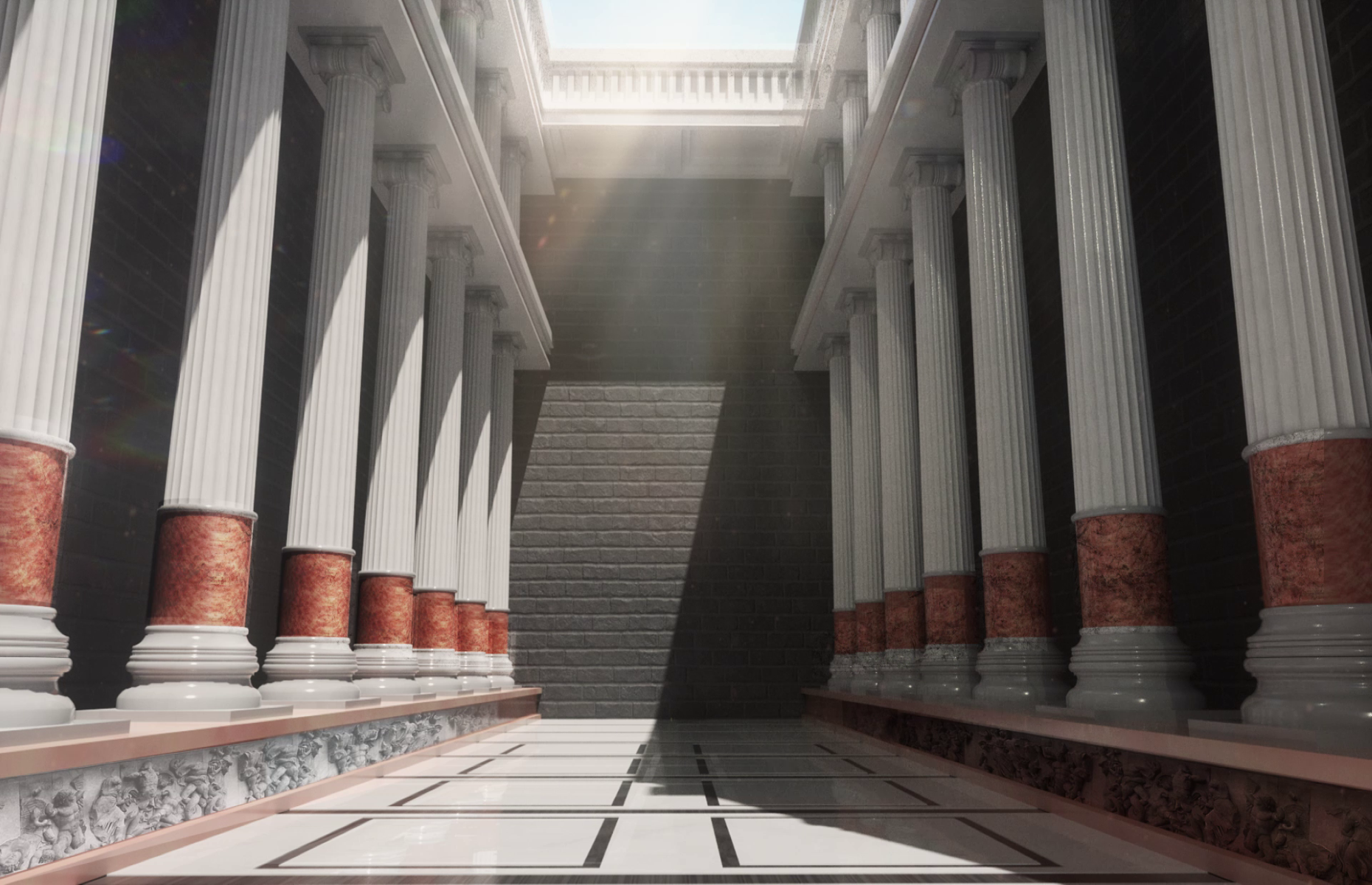 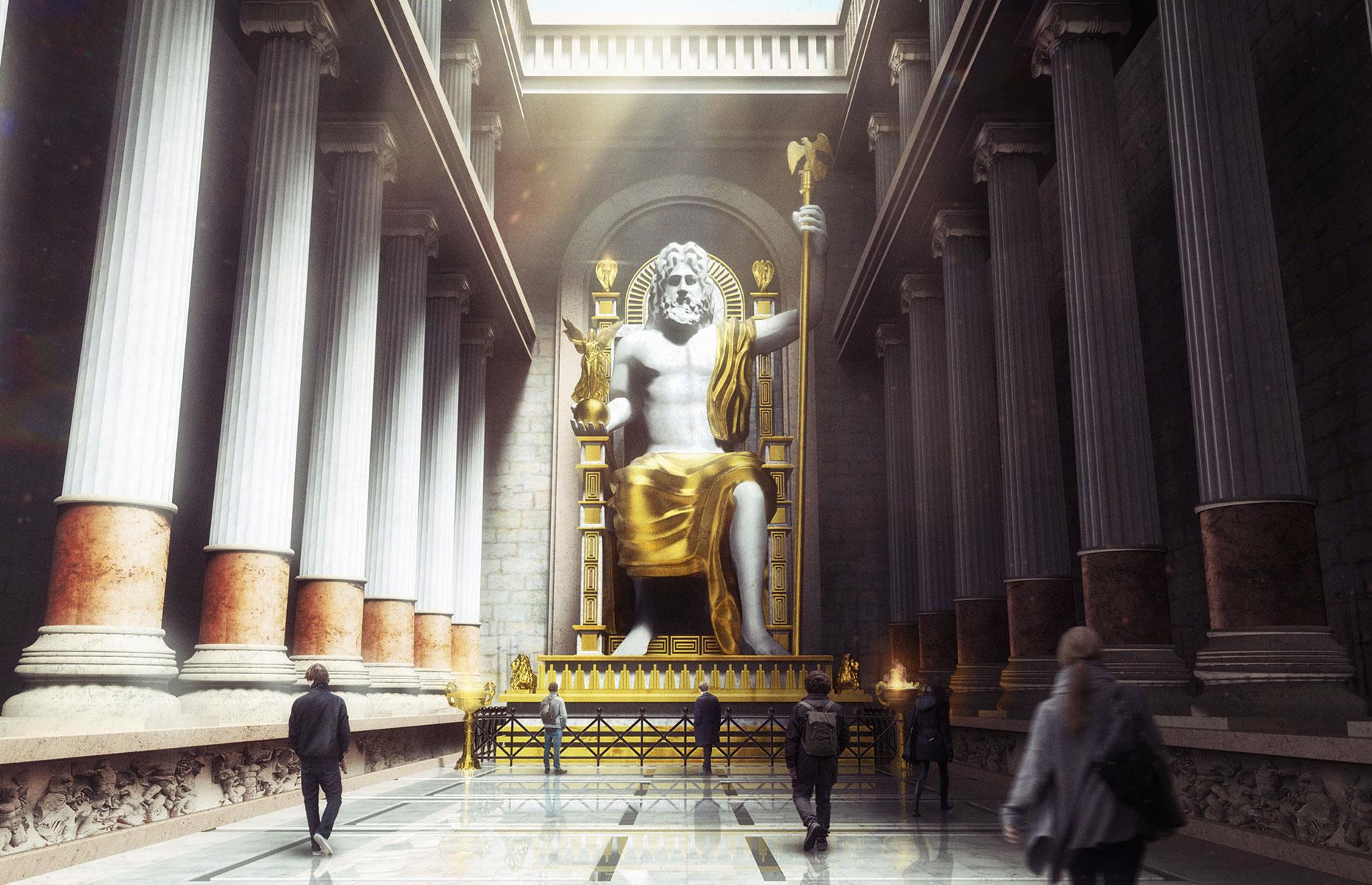 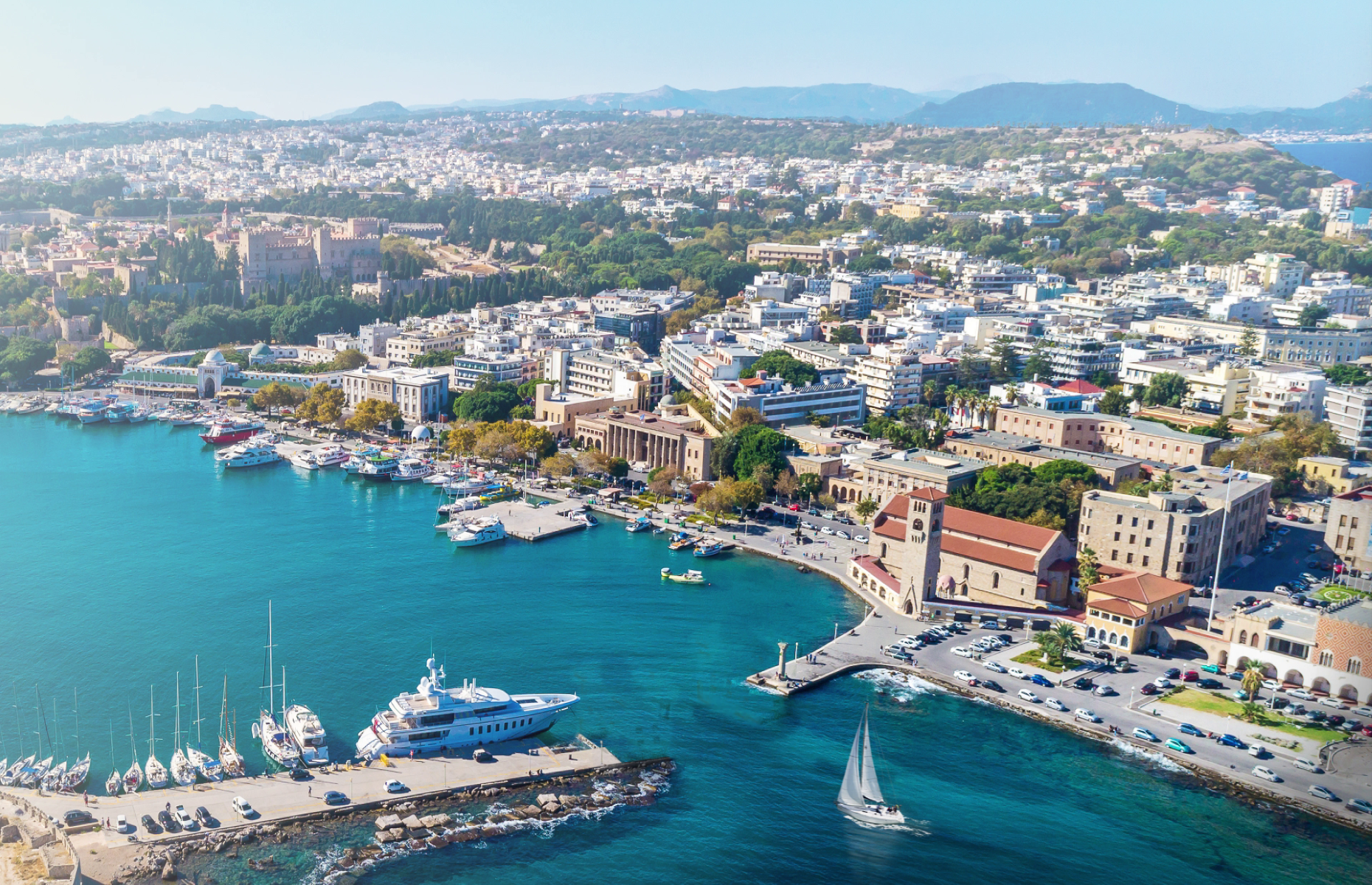 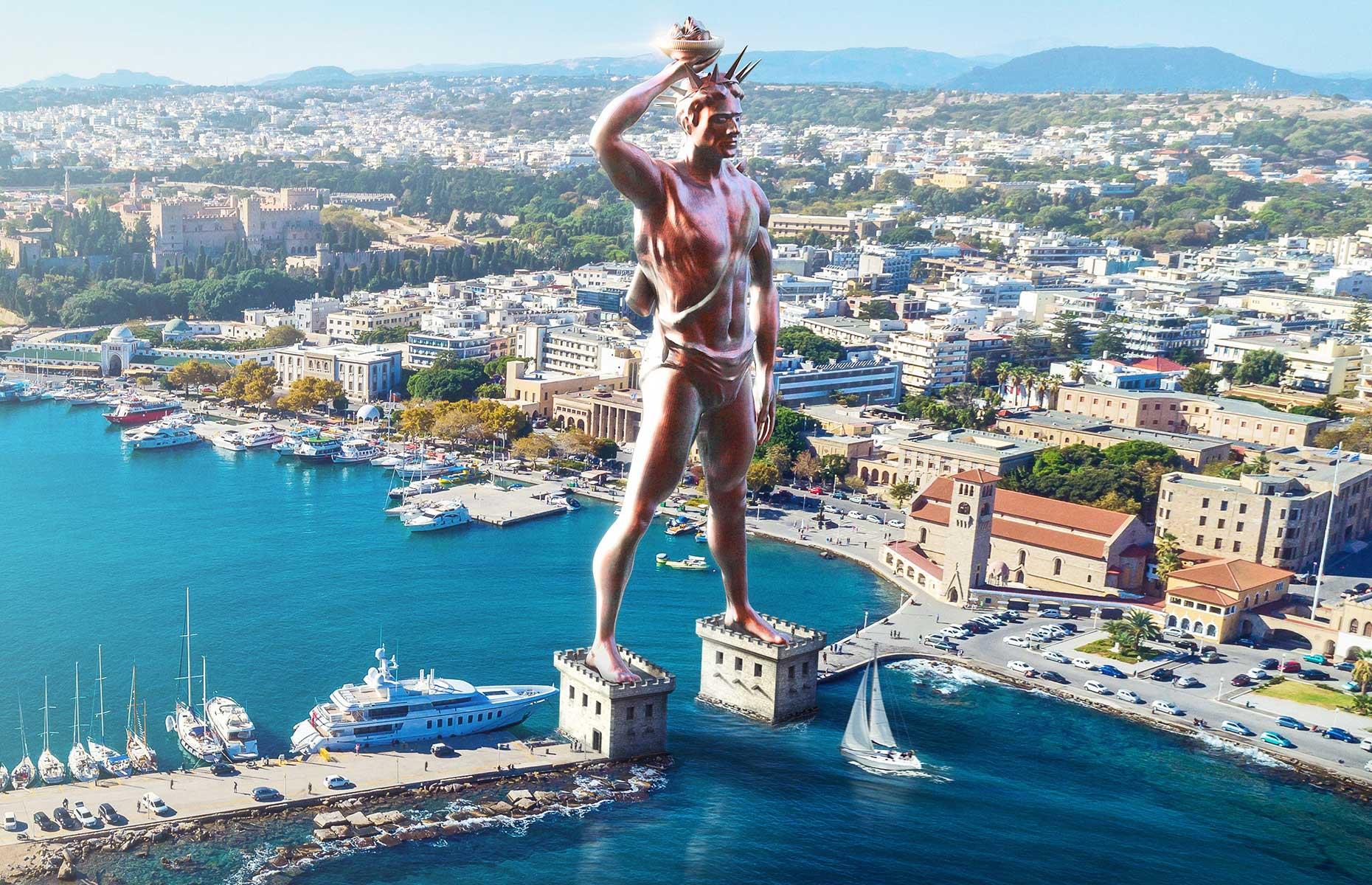 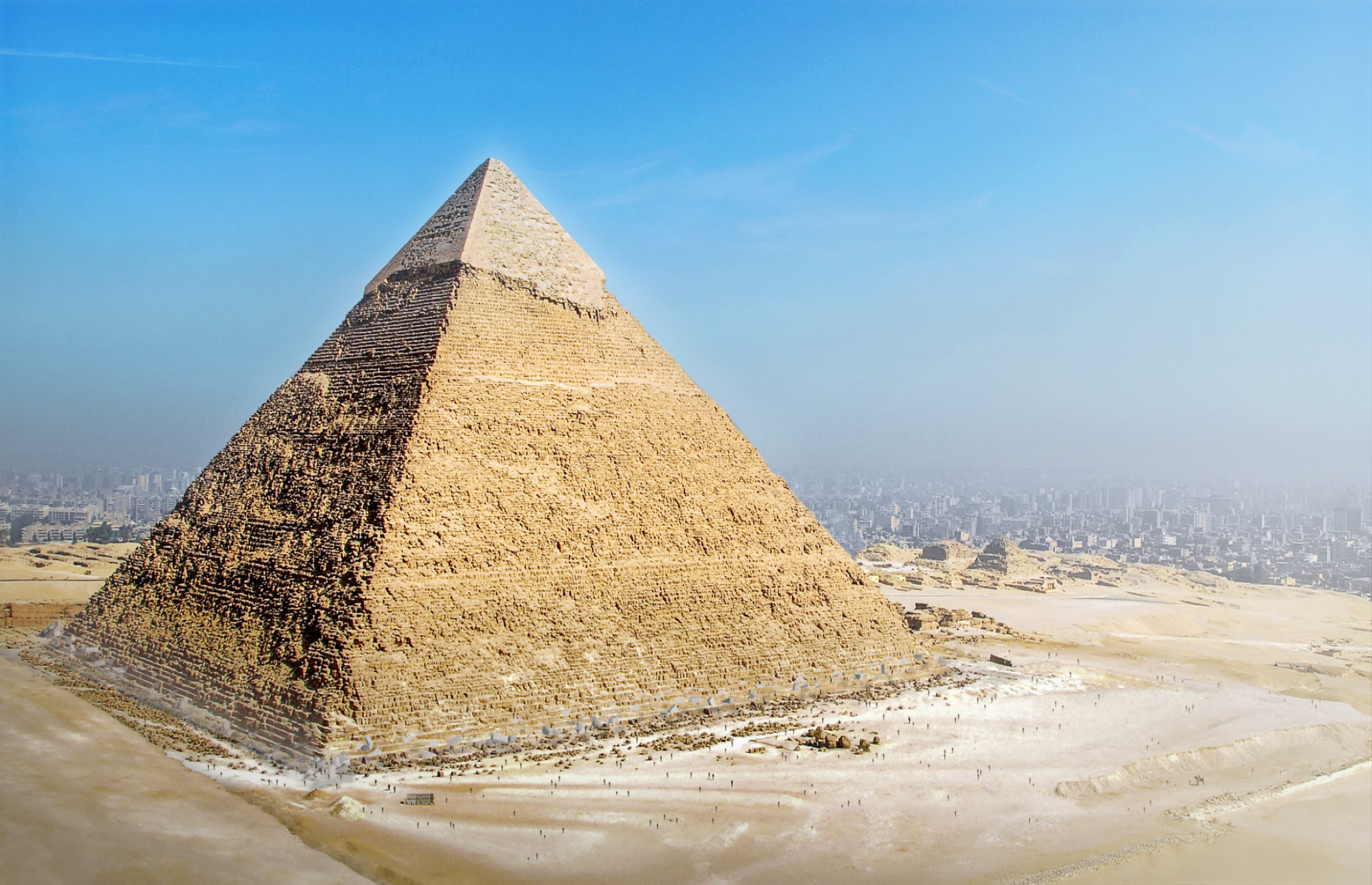 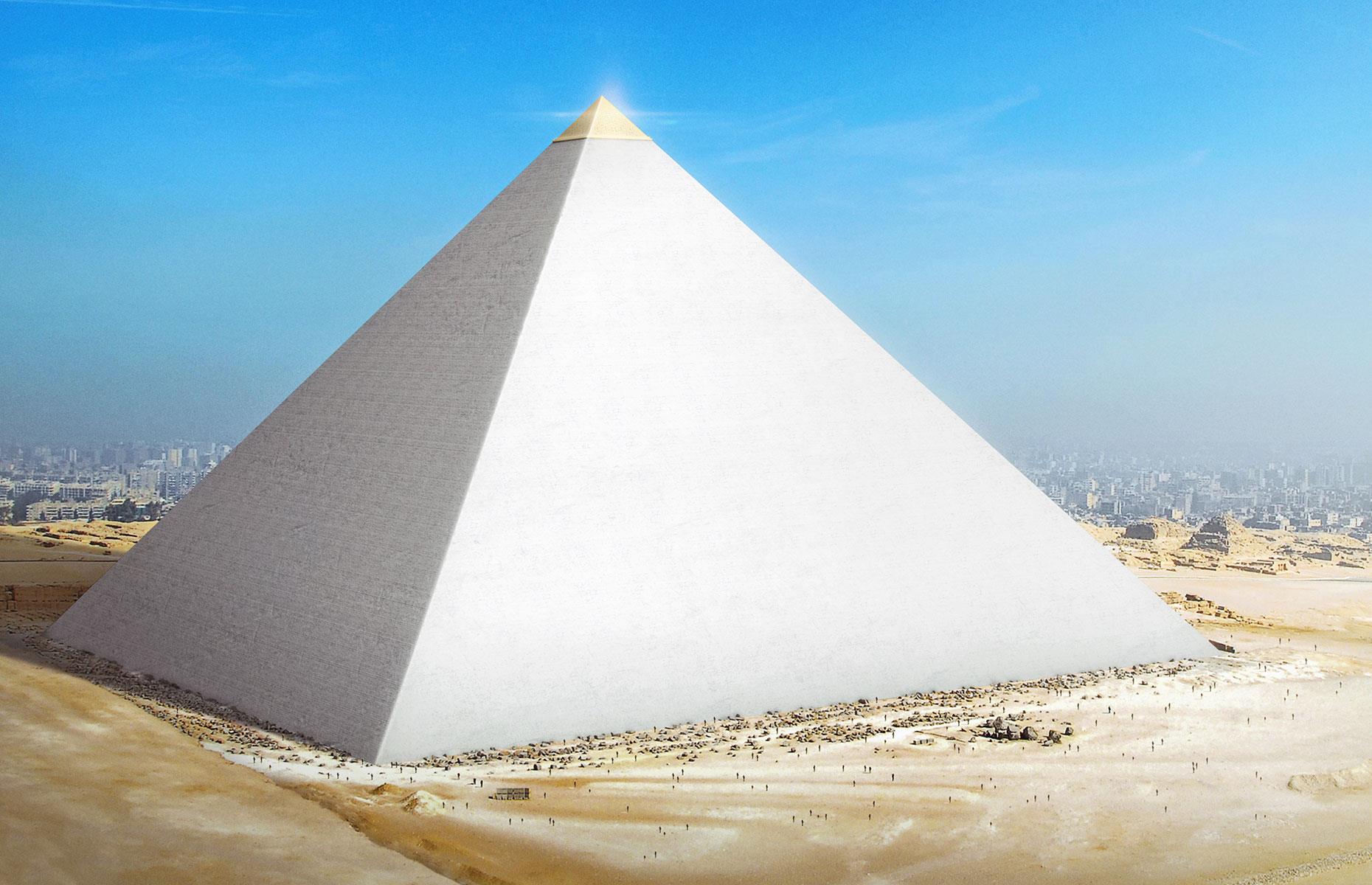 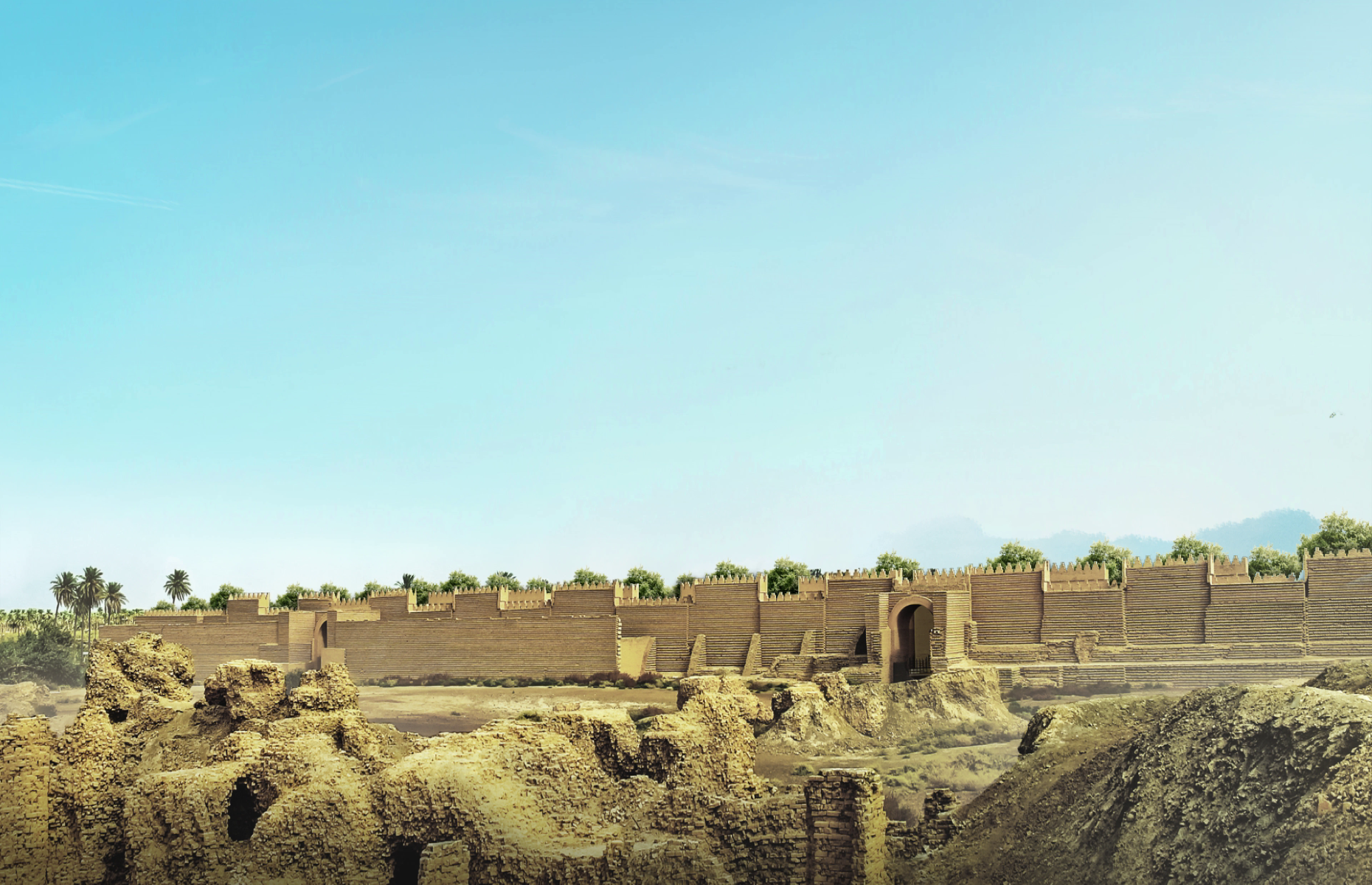 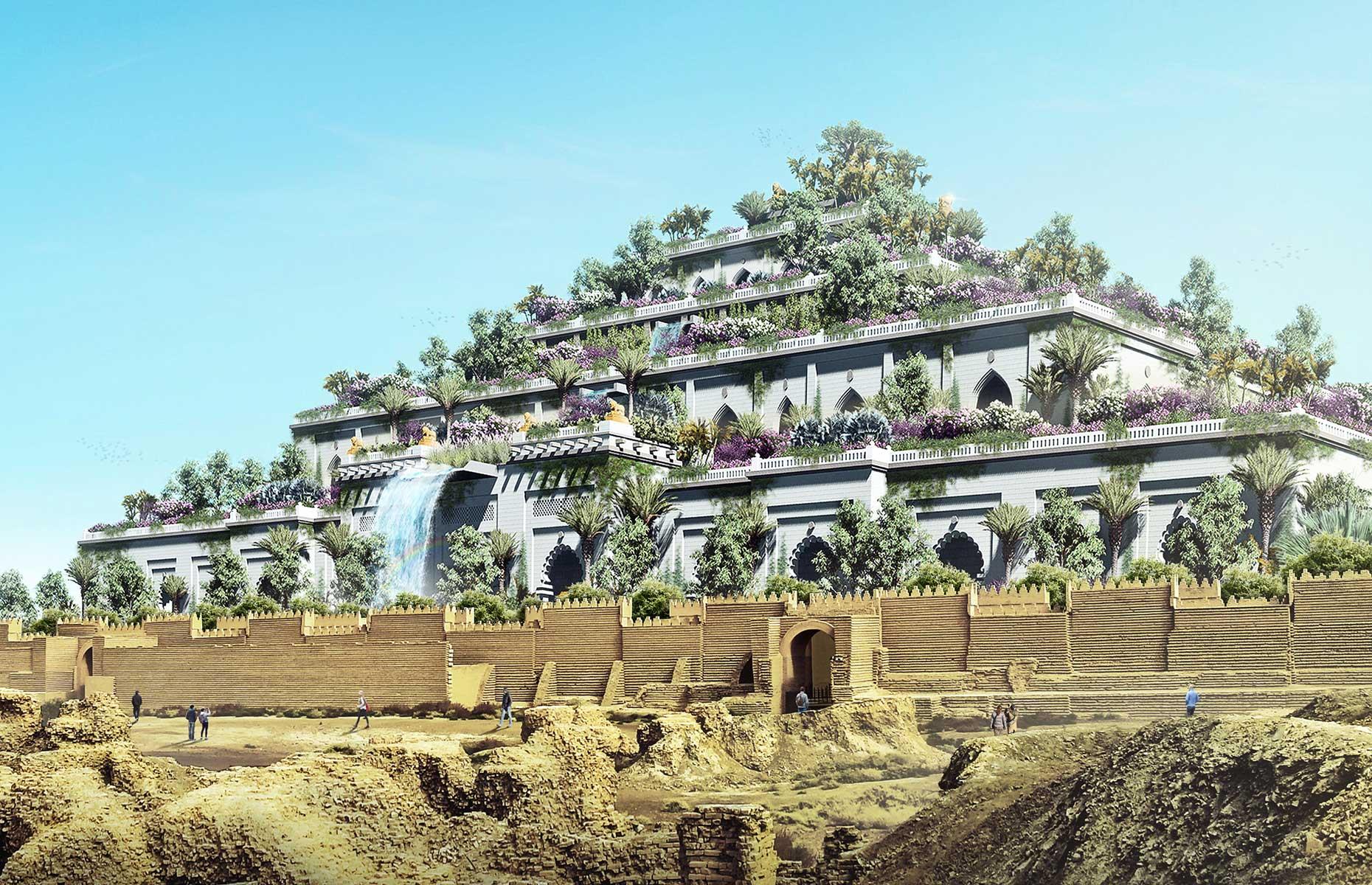 Ancient marvels brought back to life

If you were a tourist in ancient times there would be some big sights on your travel wish list: the Seven Wonders of the Ancient World. From the Lighthouse of Alexandria to the Hanging Gardens of Babylon these feats of engineering were built by the Greeks and Egyptians thousands of years ago. Only one of the seven – the Great Pyramid of Giza – remains broadly intact. So here, with the help of Budget Direct and NeoMam Studios we’ve reimagined what these incredible places would look like if they were tourist attractions today.

The ruins: Temple of Artemis at Ephesus, Turkey

Described by Roman author Pliny the Elder as “The most wonderful monument of Grecian magnificence”, this temple certainly earned its title as an ancient wonder. Built in the 6th century BC, on the western coast of what is now Turkey, it was dedicated to Artemis, the Greek goddess of hunting and nature. According Pliny, the temple was 425 feet (129m) in length and 225 (68m) wide – that’s nearly double the size of the Parthenon in Athens.

The reconstruction: Temple of Artemis at Ephesus, Turkey

The temple caused quite a stir during its life as it was attacked several times. It was first razed to the ground in 356 BC in a deliberate fire by notorious Greek arsonist Herostratus, who set alight the temple’s wooden beams in search of fame. After being rebuilt, it was destroyed once again in AD 262 during a raid by the Goths, an East Germanic tribe. Today only the foundations and a single column remain.

The ruins: Lighthouse of Alexandria, Egypt

The reconstruction: Lighthouse of Alexandria, Egypt

Likely the second tallest human-built structure in the ancient world, after the pyramids of Giza, the light stood for around 1,600 years. Three earthquakes between AD 956 and 1333 badly damaged the lighthouse. Then in 1477, the Citadel of Qaitbay (or the Fort of Qaitbay) was built on its ruins. In 1994 archaeologists discovered what are believed to be remains of the lighthouse on the seafloor of the Eastern Harbour. Now read 60 photos of worldwide wonders we’ve only just discovered.

The ruins: Mausoleum at Halicarnassus, Turkey

This grand tomb was built between 353 and 350 BC for Mausolus, the governor of Caira in southwest Asia Minor, now known as Bodrum, Turkey. The structure, planned by Mausolus himself, was so impressive his name became the origin of the modern word Mausoleum.

The reconstruction: Mausoleum at Halicarnassus, Turkey

According to the Roman author Pliny the Elder, the monument was built using lavish white and gold marble from Athens and red marble from Turkey, mounted on a rectangular podium. An impressive 36-column colonnade led to a 24-step pyramid-like roof, where there was a huge marble statue of Mausolus riding a chariot disguised as the Greek hero Hercules. Destroyed by a series of earthquakes between the 11th and 15th century AD, the stones that were left would have been recycled for other buildings. Check 22 new secrets of ancient wonders revealed for more fascinating facts.

The ruins: Statue of Zeus at Olympia, Greece

The 39-foot (12m) gold- and ivory-plated statue was created around 436 BC by the Greek sculptor Phidias and placed in the Temple of Zeus at Olympia in western Greece. The statue had a huge influence on Roman and Greek art, inspiring everything from pottery to coins.

The reconstruction: Statue of Zeus at Olympia, Greece

The artwork depicted Zeus sitting on a cedarwood throne adorned with gold, ivory, ebony and precious stones. In his left hand was a scepter with an eagle perched atop, while in his right is a statue of Nike (the Greek goddess of victory). The temple wowed the ancient world for a thousand years and became a must-see for anyone attending the ancient Olympic Games. Nobody knows exactly how the statue met its end. The Temple of Zeus was destroyed in AD 426, and the statue may have disappeared then, or during a fire when it was moved to Constantinople (Istanbul) 50 years or so later.

The ruins: Colossus of Rhodes, Greece

This mighty statue wasn’t called the Colossus of Rhodes for nothing. Taking 12 years to build between c.294-282 BC, the bronze sculpture of the Greek sun-god Helios stood in Rhodes harbor at a whopping 105 feet (32m). It was created by artist Chares of Lyndus to celebrate the unsuccessful besiege of Rhodes by the then ruler of Cyprus in 305 BC.

The reconstruction: Colossus of Rhodes, Greece

The statue was destroyed by an earthquake just over half a century later in c.225 or 226 BC and was left in a state of disrepair for another 800 years. It was melted down and sold for scrap metal during the 7th century, after Arabian forces conquered the island. It took roughly 900 camels to carry all the metal away.

The oldest – and the only wonder still substantially in existence today – is the Great Pyramid, also known as the Pyramid of Khufu. It’s one of three pyramids, Khufu, Khafre and Menkaure, erected on the west bank of the Nile near Giza in northern Egypt. Completed in around 2570 BC, it was constructed as a tomb for the Fourth dynasty Egyptian pharaoh Khufu, probably taking about 20,000 workers and 20 years to build.

Approximately 2.3 million blocks of limestone, each probably weighing between 2.5 to 15 tons were cut, transported and crafted to create a structure that likely weighs 5.7 million tons. Over the years it’s been the victim of erosion, shrinking from 481 feet (147m) originally, to 451 feet (138m) today. As reimagined here, it would once have been entirely covered by highly polished white stones that formed a sleek surface. Some of these casing stones are now on display, including one at the National Museum of Scotland.

Probably the most mysterious of all the wonders on the list, the fabled ancient gardens are believed to have been situated near the royal palace in Babylon, just south of modern-day Baghdad, Iraq. The gardens are thought to have been built by Emperor Nebuchadnezzar during his reign sometime between 605-561 BC, for his wife Amytis – apparently she missed the scenery of her homeland in Persia. However, because manuscripts from the time make no mention of the gardens, some believe they could just be a myth.

Later, Classical writers describe the Hanging Gardens as being built using stone (a rare commodity for the area) and looking like a tiered mountain. Exotic plants and trees overhung the walls, hence the “hanging”. To keep the plants alive in the desert, water was possibly pumped through the building using an early irrigation system from either a well or the nearby Euphrates River.

Munich Airport sets new passenger record in first half of 2019 ·