Saga cruise ship with 89 passengers suffering from diarrhoea, vomiting and fever is due to dock in Southampton – days after it was turned away from Gibraltar

A UK cruise ship is due to dock in Southampton with at least 89 passengers on board who are suffering from diarrhoea, vomiting and fever.

They are believed to have been struck down with norovirus.

The ship, Saga’s Spirit of Discovery, is due back in the UK on Wednesday morning. On Saturday, authorities in Gibraltar turned down a berthing request by the ship, which has been cruising around Italy and Spain. 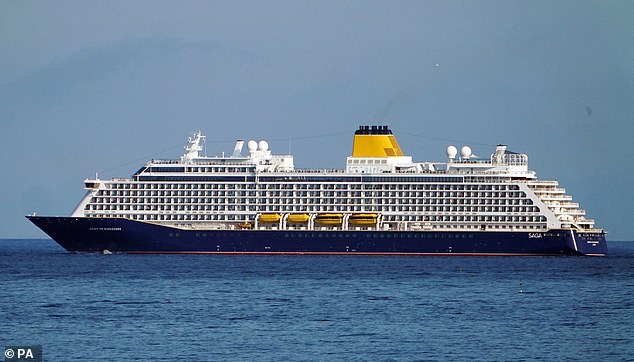 Saga’s Spirit of Discovery cruise ship, pictured, which is due to dock in Southampton with at least 89 people on board suffering from diarrhoea, vomiting and fever

The vessel, which has 868 passengers and 513 crew on board, was told to continue its journey back to Southampton without stopping.

A Gibraltar spokesman confirmed: ‘As it neared Gibraltar, the cruise ship, Spirit of Discovery, reported that, on board, it had 89 cases of suspected norovirus (diarrhoea, vomiting and fever).

‘However, given the current situation, the vessel has been asked to continue to its next port of call, Southampton, without berthing at Gibraltar.’

A Gibraltar government spokesperson stressed that these symptoms are not those of coronavirus.

Norovirus is one of the most common stomach infections in the UK and it is referred to as winter vomiting bug.

Usually, it clears up by itself within 24 to 48 hours. But it can very serious for already frail patients, and can lead to dehydration. 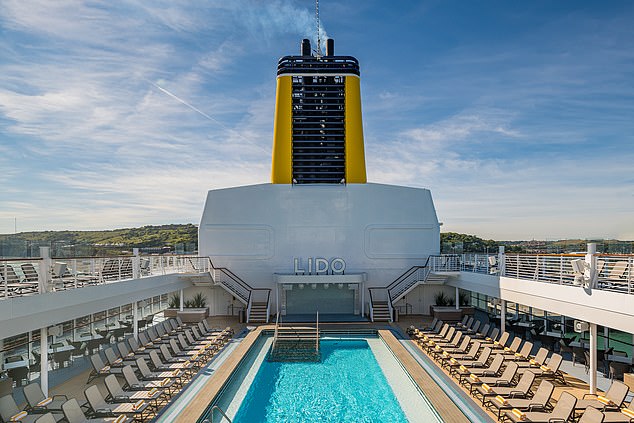 On Saturday, authorities in Gibraltar turned down a berthing request by the Spirit of Discovery, pictured, which has been cruising around Italy and Spain

It’s transmitted from person to person by coughing, sneezing and close contact, and can also be caught from touching the same surfaces or food as someone who has it.

A spokesman for Saga Cruises said: ‘We have a number of individuals suffering from a gastrointestinal illness on-board Spirit of Discovery, following her recent cruise to Italy.

‘Due to the possibility that this could be caused by the winter vomiting bug, the second most frequently reported illness after the common cold, the Port of Gibraltar took the decision not to allow passengers to leave the ship.

‘As a result she continued with her journey back to Southampton, which was our next port of call concluding this cruise.

‘Our high hygiene standards and well-practised procedures mean that the illness has remained contained. The health of our customers is of paramount importance to us and we shall continue to take all appropriate steps to ensure their well-being.’

Inside Maldives video that broke TikTok

Should you recline your seat on a plane?