The UK’s 10 most wonderful winter walks, from a journey through Kent’s mysterious marshland to a meander around Perthshire with plenty of pit stops

Writer and keen walker Tom Chesshyre has hiked more than 2,000 miles in many different countries.

But some of his favourite walks are in the UK.

Here he shares some of those routes… 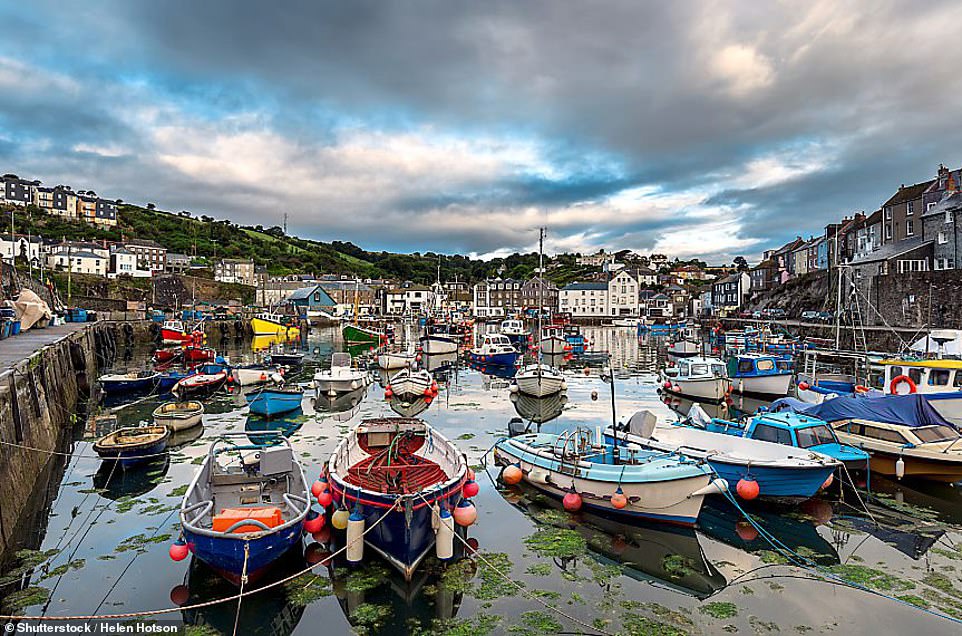 The South West Coast Path runs for 630 miles from Minehead in Somerset to Poole Harbour in Dorset. The harbour at Mevagissey in Cornwall (above)

The South West Coast Path runs for 630 miles from Minehead in Somerset to Poole Harbour in Dorset, making it the country’s longest National Trail (southwestcoastpath.org.uk).

You can’t beat the sweeping clifftop scenery and beautiful beaches between the Cornish villages of Mevagissey and Gorran Haven. Stop at the Rising Sun Inn in Portmellon for a glass of something cold. The round trip is seven miles.

This walk follows about 11 miles of the 61-mile Weavers’ Way footpath between Great Yarmouth and Cromer (norfolk.gov.uk/weaversway). The path passes two fine National Trust properties – Blickling Hall and Felbrigg Hall (nationaltrust.org.uk). Stop at one or both to make a day of it.

Poem In October by Dylan Thomas describes his ‘birthday walk’ from Laugharne to St John’s Hill in Carmarthenshire, with the ‘mussel-pooled and the heron Priested shore’ below. It is about a four-mile round trip (dylanthomasbirthdaywalk.co.uk). Afterwards, reward yourself with a pint in Dylan’s favourite watering hole, Brown’s Hotel (browns.wales).

This one also has a literary connection: it’s the old stomping ground of the Reverend Francis Kilvert, whose humorous 19th Century diaries about his work as a curate here has a cult following. It is a nine-mile round trip – the Roast Ox Inn at Painscastle is the perfect pit-stop (roastox.co.uk).

Rutland is England’s smallest county and much of it is taken up by Rutland Water, one of the largest artificial lakes in Europe. In the middle of the lake is a peninsula with the village of Hambleton in the centre. A countryside walk around the wonderfully remote setting, starting and finishing in the village, is about four miles. A pint can be enjoyed at The Finch’s Arms when you return (finchsarms.co.uk).

Rob Roy is buried in the churchyard in the little village of Balquhidder next to Loch Voil. From his grave, it is a joy to walk along the water’s edge all the way to Inverlochlarig, about eight miles (or further if you feel like it), with the hills rising all around you. The Monachyle Mhor hotel, by the loch, makes a good stopping off point for refreshments (monachylemhor.net). 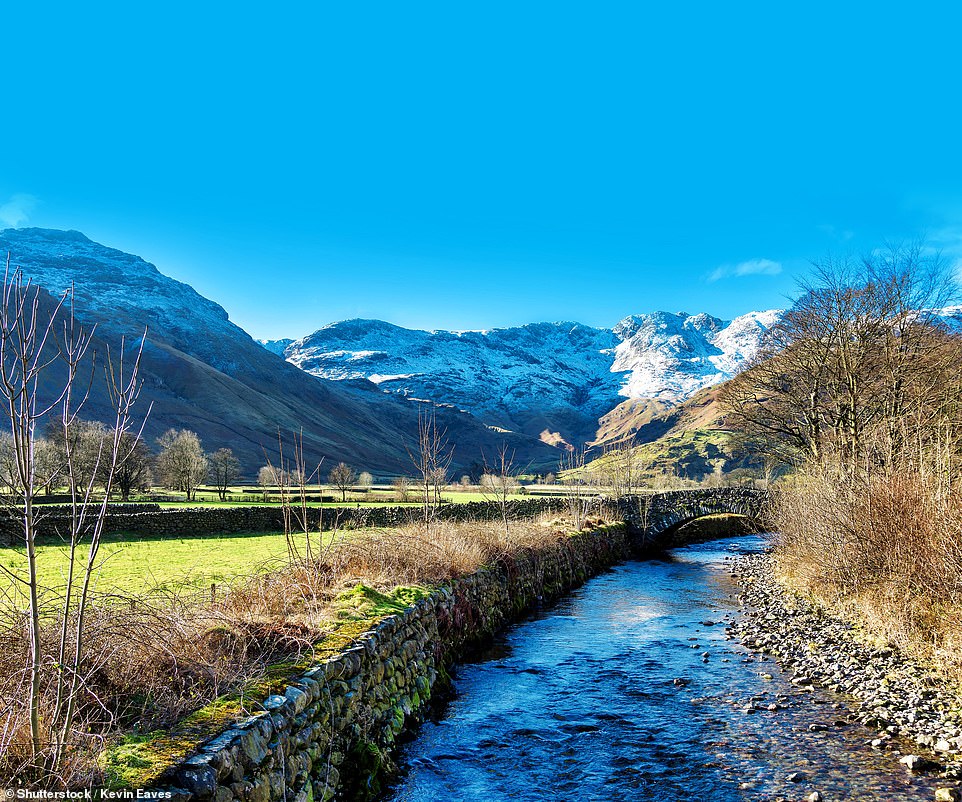 Sublime: Langdale Valley in Cumbria, pictured, has breathtaking views of the mountains

Hadrian’s Wall Path is another official National Trail that runs for 83 miles along the Unesco World Heritage Site (nationaltrail.co.uk/hadrians-wall-path). Visit the old forts, stop at cosy pubs and go as far as you feel like – the website has a good distance calculator. Don’t miss the stretch after Haltwhistle heading east to Newcastle.

From the Old Rectory Hotel in Martinhoe (oldrectoryhotel.co.uk) it is about a three-mile walk along the North Devon coastline – another part of the South West Coast Path and within Exmoor National Park – to Heddon Valley. The views are awesome and at the end there is a terrific pub, the Hunter’s Inn (thehuntersinnexmoor.co.uk). Pit stop: The Daily Mail’s Tom Chesshyre recommends rewarding yourself with a drink at Wainrights Inn in Cumbria

It is a ten-mile walk from Wainrights Inn (langdale.co.uk) taking in a big loop around this sublime valley in the Lake District. Pass an old quarry and head across isolated heathland before curving back. Wainrights makes a good target thanks to its great food and crackling fires.

10. Gravesend to the Isle of Grain, Kent

Who couldn’t have a soft spot for this 20-mile walk through the mysterious marshland that Charles Dickens describes in Great Expectations? This walk came at the end of my 350-mile hike following the course of the Thames from its source in Gloucestershire. This is old smuggler land and the estuary views are atmospheric.

A look inside WestJet’s first-ever airport lounge in Calgary

Woman Banned From Disney for Life Due to Fight Over Cigarettes