An unexpected sight brought by the coronavirus pandemic that has spread worldwide? Parking lots filled with unused rental cars. 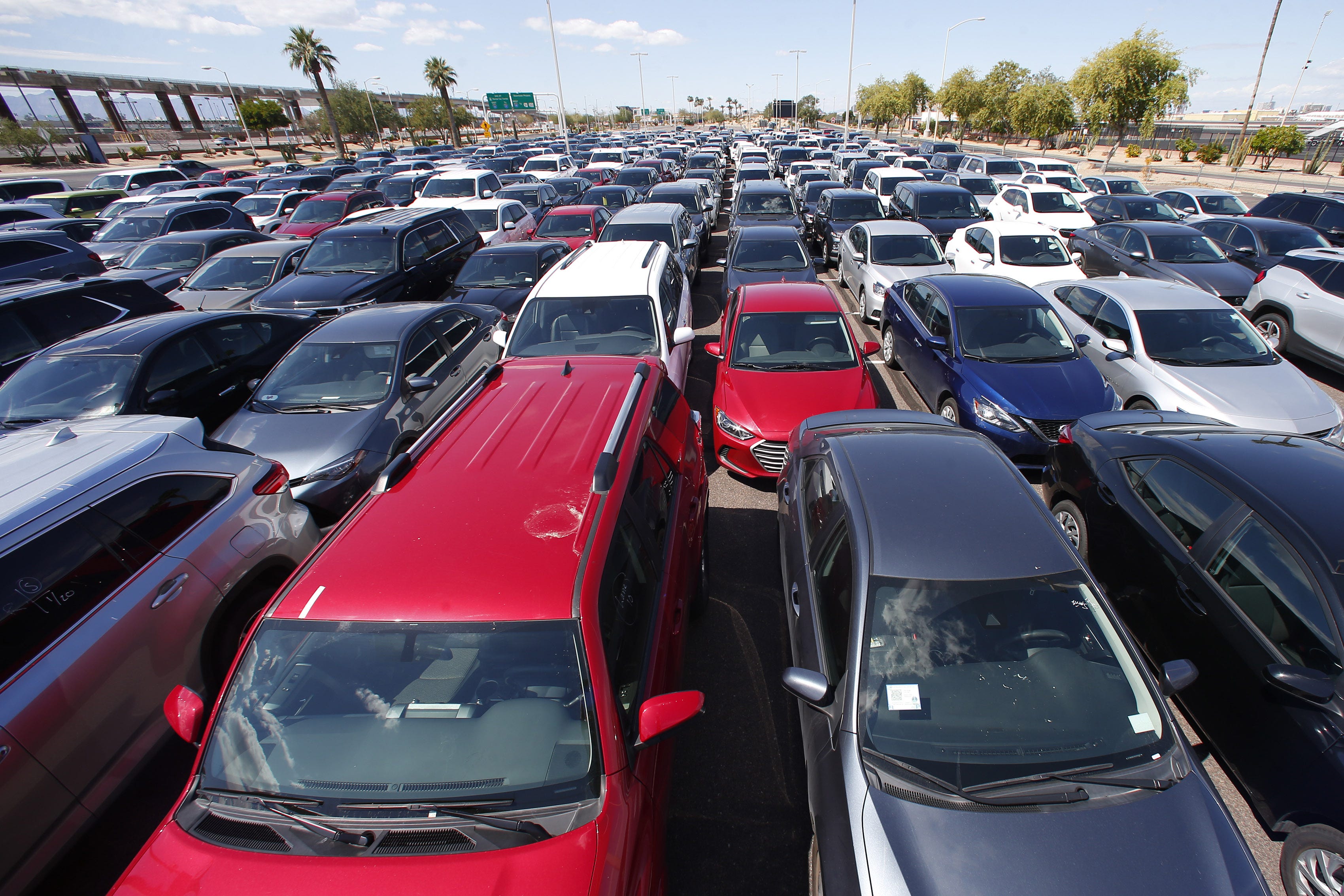 Evidence of how the new coronavirus pandemic has brought Arizona’s normally busy spring travel season to a stop is parked in lines at the special events lot near Phoenix Sky Harbor International Airport, reports the Arizona Republic, a member of the USA TODAY Network.

Hundreds of rental cars that would normally shuttle tourists to resorts and spring training games now sit idle. Demand has come to a halt as travel restrictions meant to help contain the new coronavirus and prevent the spread of COVID-19 have forced the usual crowds of spring travelers to stay home.

Along with filling the normally empty spots at the Rental Car Center, agencies are using the airport’s special events parking lot, its lots on Tonto and Madison streets, the private lot at the former Phoenix Greyhound Park and lots at Goodyear Airport to park their unused vehicles, Sky Harbor Airport spokeswoman Heather Shelbrack said.

“What you’re seeing at Sky Harbor is being repeated across the nation at many different airports,” said Gregory Scott, a spokesman for the American Car Rental Association trade group.

Scott said car rentals nationwide are down 80% and that the parked cars are “a symptom of a larger problem for the industry as well as several other industries,” which now face liquidity issues caused by the drop in demand.

Finding space to park the cars is just one of the problems the rental car industry is facing. Like many others, its income has dropped while fixed expenses have stayed constant.

A big fixed expense: their fleets.

Most fleets are leased and Scott said the companies still must make those payments to banks and finance companies. Eventually, companies can “de-fleet” by selling their cars either back to the manufacturers or to the public through their own resale lots.

But with car manufacturers halting production and focusing on producing respirators, it is unpredictable what the used-car market will be like in the coming months and how much money could be recouped that way.

On top of that, most airports charge fees for rental car companies to operate there.

Sky Harbor imposes a $6 Customer Facility Charge per transaction. In 2019, that fee brought $50.5 million in revenue for the airport.

Scott said most rental companies’ airport contracts include a guaranteed minimum on those fees, typically about 10% of their expected gross revenue for the year.

The trade group sent a letter to Congress on behalf of the rental car companies, asking that any economic stimulus passed include liquidity help for the car rental industry as well as help with those minimum guarantees.

Scott said 50% of the car rental business nationwide is at airport locations but the other half comes from off-airport locations as people rent cars locally for situations such as when their own vehicle is in the shop.

Those rentals also are down significantly, but the industry is seeing some demand for vehicles as people heed calls to socially distance themselves and use a rental car as an alternative to public transit.

Scott said the trade group has asked state and local lawmakers to consider the industry “essential” during shelter-in-place orders as it has seen a need for cars from first responders and other essential workers as well as college students seeking to get home from school.

The companies hope that this step combined with some financial help from the government will help them make it to the other side of the pandemic.

“We want to be there when the economy recovers,” Scott said.

This article originally appeared on Arizona Republic: Rental cars are stacking up in Arizona as coronavirus keeps travelers away

What it’s like to stay at a chocolate glamping site