As part of her time representing the Royal Family, her Royal Highness the Princess of Wales embarked on a number of royal tours around the world. Often, she would fly onboard the family’s personal private jet – the royal plane.

Not only did it promise luxury and world-class comfort, but it was also headed up by some top professionals in the aviation business.

Despite this, it seems there are some unexpected things that can pose a problem for even the most skilled of pilots.

One such thing is the weather, and during one flight which Princess Diana was flying upon, an unexpected storm pushed the aircraft to plummet 10,000 feet.

Speaking on Channel 5 documentary Secrets of the Royal Flight, Bob Shields, a former navigator of the royal plane explained: “Whenever we were flying we never used the PA, the tannoy system of the aircraft because it was thought that it might interrupt a very important meeting.” 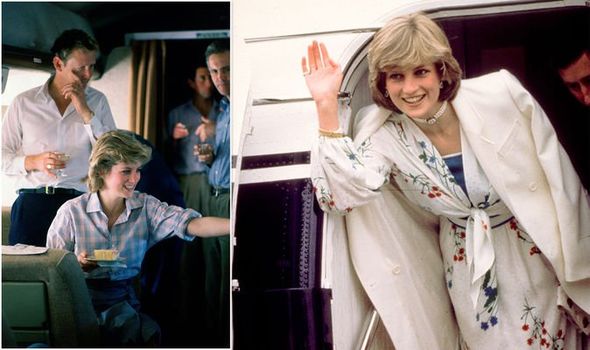 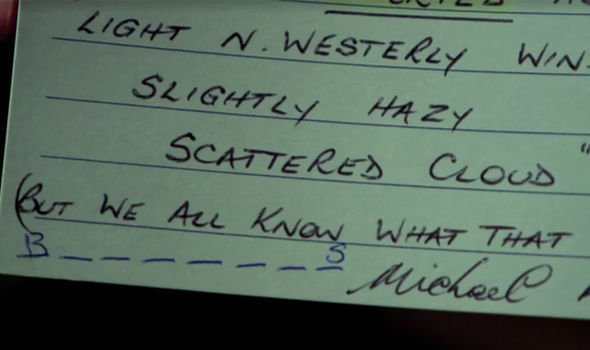 Instead of using the tannoy, before every trip, the navigation team would write out important details on a blue card which would be passed on to the Royal Family members flying that day.

Details included the route, weather forecast and a blue card.

However, it seems not even the most expert of weather forecasters could predict what lay ahead on one journey in Brazil.

“On one particular overseas tour we were flying with the Princess of Wales and we were in Brazil to visit an aircraft called Cataratas,” explained Mr Shields.

“We had left Rio in bright sunshine, beautiful weather, and according to the weather office there, it was going to be like that all day.

“So, I had sent back one of my blue cards and I had written it was going to be a fine sunny day.

“Unfortunately, on the way back from Cataratas the weather started to change and change very rapidly.”

Royal commentator, Dickie Arbiter, who was on board the flight at the time described the moment the flight dropped “10,000 feet”.

“We were heading into rotten weather and when I say rotten I mean rotten with a capital R and every other letter is capital It was chucking it down with rain,” he said.

Though nerves were understandably shaken, however, Princess Diana was able to lighten the mood with some of her “humour” according to Mr Shields.

In the documentary, he holds up the card given to the Princess of Wales that day.

“This is the actual card that I completed the day after we had the bad weather, and her Royal Highness the Princess of Wales, she sent it back to me with a little comment that you can see right down at the bottom there,” he said.

“She had just written B__S which was indicative of her royal highness and her sense of humour.”

This sort of reaction was perhaps why the princess was a popular guest on board the royal plane.

“From the engineers up to the pilots the Princess of Wales was hugely popular with the team behind the Queen’s flight,” states the documentary.

Zoos given a lifeline to survive pandemic

Chern’ee shares her culture through her art ·

Wexford mid-week goes down a storm

Start saving your pennies if you want to visit this island