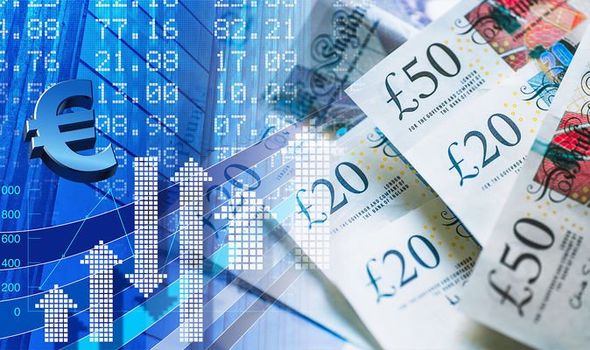 The pound has remained relatively unchanged today due to a lack of data or major headlines yesterday. Brexit continues to pose a threat to GBP’s stability and makes it “vulnerable,” experts have said. Negative Brexit headlines, in particular, could see sterling slipping against the euro. New data is out today, however, which could provoke movement, as UK public finance figures are released.

The pound is currently trading at €1.153 against the euro, according to Bloomberg at the time of writing.

“Sterling trod water against the euro on Tuesday as a lack of economic data or impactful news headlines gave markets little food for thought.

“The pound, however, remains vulnerable to negative Brexit headlines, especially those relating to ongoing cross-party talks, with continued downward pressure on the pound likely should discussions fail to yield a successful outcome.”

Laura Parsons, currency analyst at TorFX added: “As the end of April approaches and Brexit discussions rumble on, the pound has been left treading water. 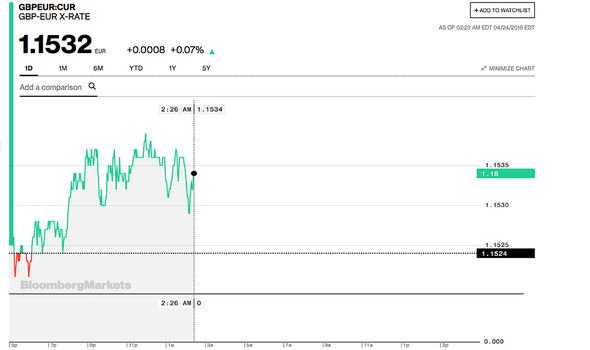 “UK public finance figures are unlikely to have much impact today unless they surprise significantly.”

For holidaymakers looking to save money when booking a holiday, CEO David Baddeley shared his top tip.

You should shop for a holiday as usual and select the one that you would like to purchase.

“When it is time to offer you payment details close all windows and do not revisit the site.” 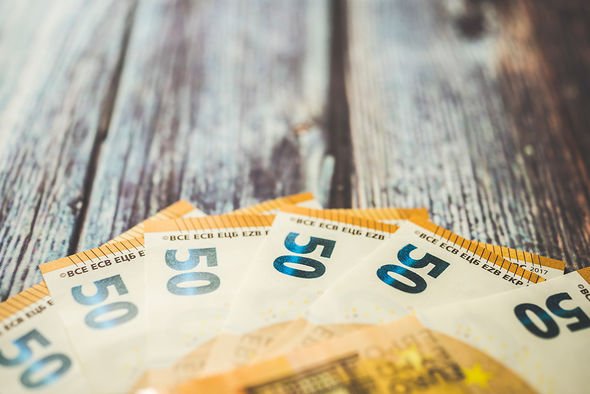 “Many sites will then send you a voucher code in the next 24 hours to redeem against your holiday.

“This can discount your holiday by a significant amount, especially if the offer is to redeem a percentage.”

Austin, the state capital of Texas, tops the charts with a 33 per cent drop in prices year on year.

The average flight price adult economy return ticket to Austin is £513.56, according to Skyscanner, reducing costs by £248.

The price slash could save a family of four nearly £1,000 on their holiday.

STUBA Growth and flavours of the Mediterranean ·

Orlando travel: Star Wars’ Rise Of The Resistance is the talk of the galaxy