The pound to euro exchange rate has again been at the mercy of the UK’s political discussions over Brexit yet, at the mid week point today, the latest announcement has seen it “push back” to better levels. Prime Minister Theresa May held an arduous seven hour meeting with her divided cabinet yesterday, over the sheer opposition in opinion around the UK’s departure from the EU. She later addressed the press on the negotiations, and confirmed she would work with leader of the opposition, Jeremy Corbyn, to try to thrash out a divorce deal acceptable to all sides – yet based on her Withdrawal Agreement. The pound is currently trading at €1.175 against the euro according to Bloomberg, at the time of writing.

Analysing the data for Express.co.uk, Laura Parsons, from TorFX, said: “While the pound started Tuesday on the back foot, after the latest round of indicative Brexit votes led nowhere, the evening saw the GBP/EUR exchange rate push back above €1.170 once more.

“Sterling benefited from the news that PM Theresa May is going to seek another short extension of the Brexit deadline and work with Labour leader Jeremy Corbyn on a deal.

“As has been the case for much of 2019, Brexit headlines will remain the driving force behind GBP movement in the days ahead.”

The positive news for travellers, and currency traders, comes after the looming threat of a no deal Brexit sent the pound plummeting.

After a two-year peak, it reached its lowest levels earlier this year. 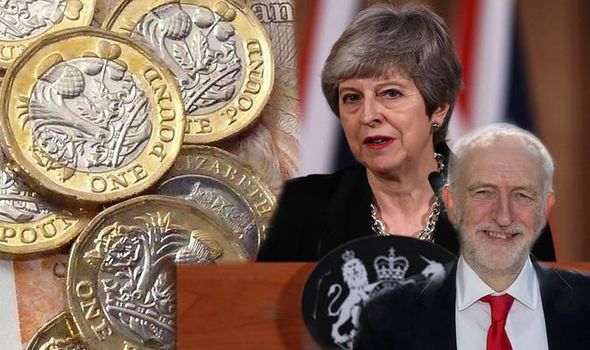 By contrast, in previous weeks the prospect of a thumbs up to Prime Minister Theresa May’s Withdrawal Agreement has seen figures boosted.

Yesterday, Express.co.uk reported how sterling was being sent “from pillar to post” due to the current turmoil.

The UK is currently set to leave the EU on April 12, in a no deal scenario, yet Mrs May is hoping for an extension from the EU.

The current no deal default has sparked widespread concern from travellers, particularly those planning to venture overseas imminently with their passport.

The government has now confirmed Britons need a three month period on their passport after the date of travel in order for it to be valid. 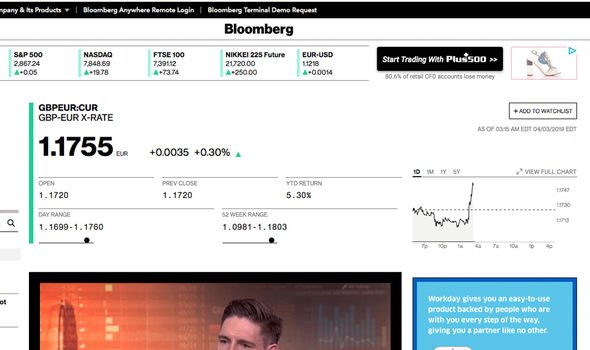 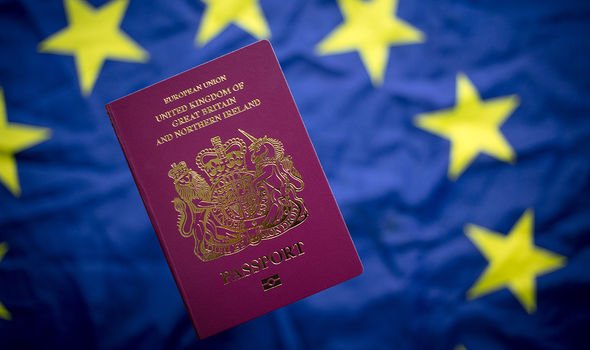 The advice came after mass panic from Britons over the validity of their passports.

The UK Passport office’s official site recently crashed, as worried travellers sought to make sure theirs was fit for travel amid no deal fears.

Consumer watchdog Which? then warned that those with less than 15 months left on their passports could be at risk if they plan to travel after March 29 [the original Brexit date] in a no deal Brexit scenario.

Rory Boland, editor of Which? Travel, said: “After months of patchy and confusing information about passports from the Government, this late rush in the weeks before Brexit was entirely foreseeable – which makes it even more shocking that people have been let down by an IT glitch.”

Meanwhile, the European Parliament has confirmed flights will continue to operate between the UK and EU, even in the case of a no deal Brexit.