The pound surged to new strengths yesterday hitting its highest level against the euro since December. The positive increase came following the Prime Minister’s cabinet reshuffle which saw changes to some of the key government players.

Following the news, Chancellor Sajid Javid resigned from his position making way for his replacement Rishi Sunak as the new Chancellor of the Exchequer.

Javid had been offered the opportunity to be reappointed on the terms that he would fire members of his aid team, however, he turned down the opportunity.

Other politicians to be removed from their positions include Andrea Leadsom and Esther McVet.

Despite the sudden changes, it seems the reshuffle has provided a much-needed boost to the pound. 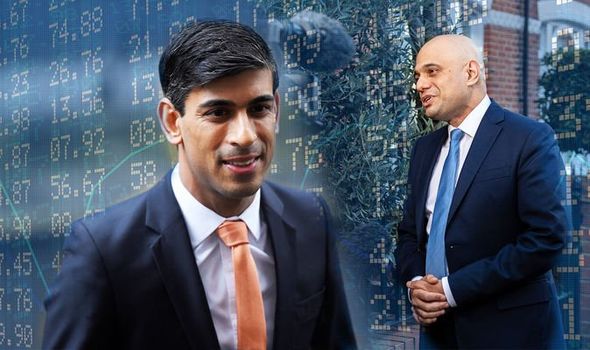 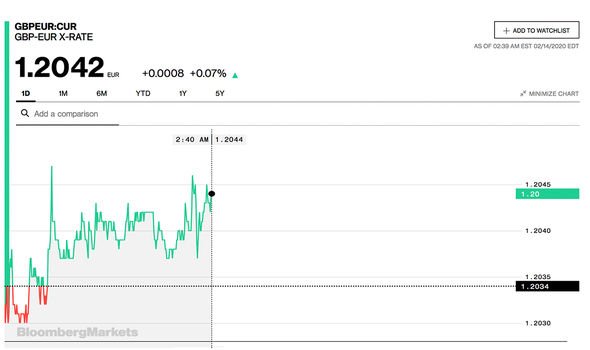 The pound is currently trading at a rate of 1.2042 against the euro according to Bloomberg at the time of writing.

Speaking exclusively to Express.co.uk Michael Brown at Caxton FX said: “Sterling surged yesterday to its highest levels since December – above the €1.20 handle – against the common currency, as markets anticipated looser government purse strings and increased spending after the resignation of Chancellor Sajid Javid and replacement by Rishi Sunak implied Number 10 taking greater control of the Treasury.

“Today, markets are likely to continue digesting yesterday’s Cabinet reshuffle, while also glancing over this morning’s 2nd estimate eurozone GDP figures for any signs of a deepening slowdown.“

He explained that the sudden boost for the pound was largely down to a new set of hands taking control of the treasury.

Following Javid’s sharp resignation, Brown commented: “The surprising resignation of Sajid Javid as Chancellor, and his replacement by Rishi Sunak, implies that Number 10 will now exert greater influence over the Treasury.

“This has led markets to believe that more expansionary fiscal policies – including increased infrastructure spending – are likely to be delivered in next month’s budget.

“Sterling has strengthened accordingly, rallying above $1.30 to a 1-week high against the dollar, and breaking through the key €1.20 mark.”

As well as continuing to feel a ripple effect from the government reassembly, the pound is also at the peril of any UK-EU deals struck.

Prime Minister Johnson continues to meet with global leaders in a bid to strike new, beneficial trade deals for the country. 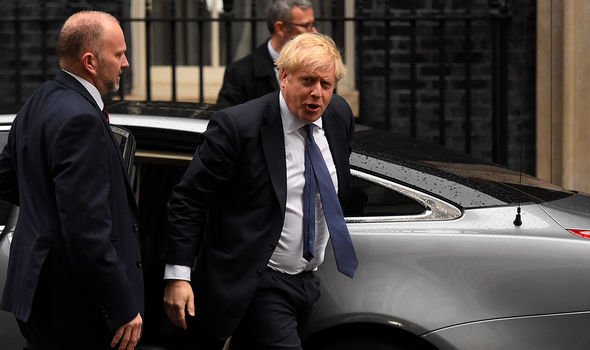 So, what does all of this political turbulence mean for Britons heading to Europe for the half-term holiday?

While the pound is enjoying a stronger position, it could be an idea to secure a good exchange rate.

However, for travellers who prefer to stick to card payments, there is another way to lock in those rates.

A travel money card will maintain the rate exchange rate from the time of purchase and can be used in the same way as a debit card.

Ian Strafford Taylor CEO of international money specialist Equals advised: “The safest way to guarantee getting an exchange rate you’re happy with is to lock-in the rate on a prepaid card when the pound is doing well.”

However, for those who want to stick to using a credit card, Money Saving Expert Martin Lewis says the key is finding the most cost-efficient one.

He advises travellers to do their research well in advance of their departure date.

Mr Lewis said: “The easiest and cheapest way to spend abroad is on the right plastic, but they can take a couple of weeks to arrive, so early planning helps.”

‘Too risky’: Flight attendant on the flights you should never book – ‘could get cancelled’

Behind the scenes at the Metropolitan Museum of Art: What does it take reopen a national landmark? Come inside.