The pound struggled to gain ground against the euro yesterday after a deflated result from the Novembers UK Markit manufacturing PMI. Meanwhile, the arrival of Donald Trump in the UK could further impact changing rates. The focus will also turn back to election campaigning as the week ploughs on, with the voting day just nine days away.

The pound is trading at a rate of 1.1689 against the euro according to Bloomberg at the time of writing.

Speaking exclusively to Express.co.uk, Michael Brown, Senior Currency Analyst at Caxton FX said: “Sterling struggled on Monday as disappointing manufacturing data, and signs that the production slowdown may be bottoming out across the channel, posed stiff headwinds.

“Today, focus will likely switch back to the election campaign, with no major releases due.

“Markets, while continuing to watch the latest opinion polls, will be on alert for any comments from US President Trump – who is in London for the NATO summit – which may alter the course of the poll.” 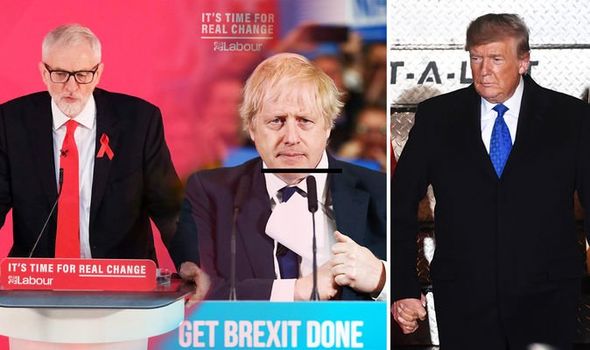 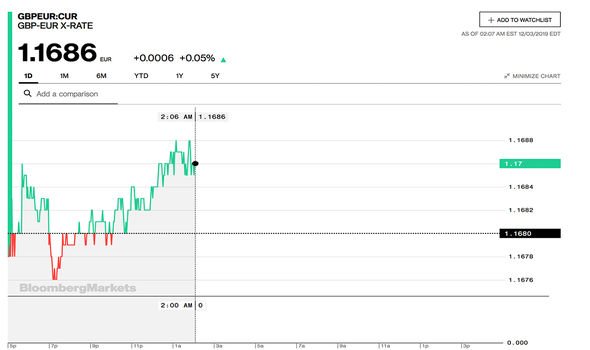 Traders will be moving their attention to the US President’s ongoing UK visit.

Currently in the capital to meet with other world leaders at the NATO summit, any comments from Donald Trump could impact the current position of the pound.

Although the pound is not at its worst, with only a minor dip in the last few days, market outlooks continue to be negative.

Duncan Brock, Group Director at the Chartered Institute of Procurement & Supply, responded to the results saying: “A heavy sense of inevitability hung around the sector in November as it continued to suffer the effects of a lethal cocktail of Brexit uncertainty, slowing global growth and an impending General Election.

“These combined to stifle any chance of manufacturing crawling out of the contraction zone, where the sector was stuck for a seventh month in a row.”

DON’T MISS
Brexit: How will the Brexit extension affect your travel money? [ANALYSIS]
Travel money: You could be losing out on travel money – expert explains how [INSIGHT]
Holidays: Britons shun Europe as visits to the continent decrease – but go up elsewhere [DATA]

This serves as another blow to the GBP, which has limped along in the last week, failing to regain its strength against the euro.

While initial wagers on a Conservative majority helped sterling gain some ground, a growing fear of a hung parliament is dampening the currency’s state.

How will political turbulence affect holidaymakers and their travel money?

Any sudden changes could massively impact how much they get for their money.

Experts always recommend being aware of major developments happening in the political world, and presently all eyes should remain on the NATO meeting, as well as the evolving opinion polls.

In the run-up to past elections, we’ve seen the pound fluctuate dramatically so there’s no guarantee we’ll still be seeing rates like these in a few days’ time.

Ian Strafford-Taylor, CEO of international money specialist, Equals (previously known as FairFX) explained the importance of changing money ahead of the 12 December election. 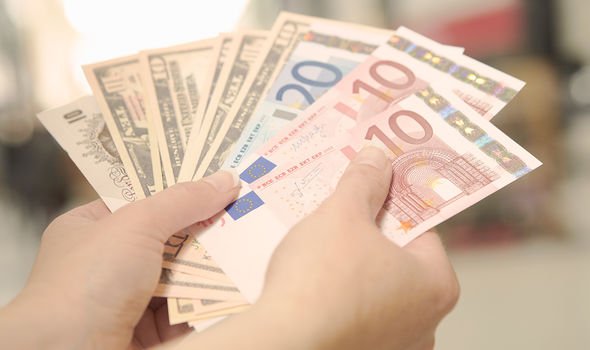 “People heading abroad for a winter break or with trips planned in the new year should consider changing their travel money while the pound is performing well. In the run-up to past elections, we’ve seen the pound fluctuate dramatically so there’s no guarantee we’ll still be seeing rates like these in a few days’ time.

“This could be your last chance to get a rate like this for a while as history has taught us that a new Prime Minister typically brings about a significant change in the strength of the pound, so we should brace ourselves for more turbulence ahead.

“If you changed your sterling for euro today, you’d get an extra €45 for every £1,000 changed compared to this time two months ago.” 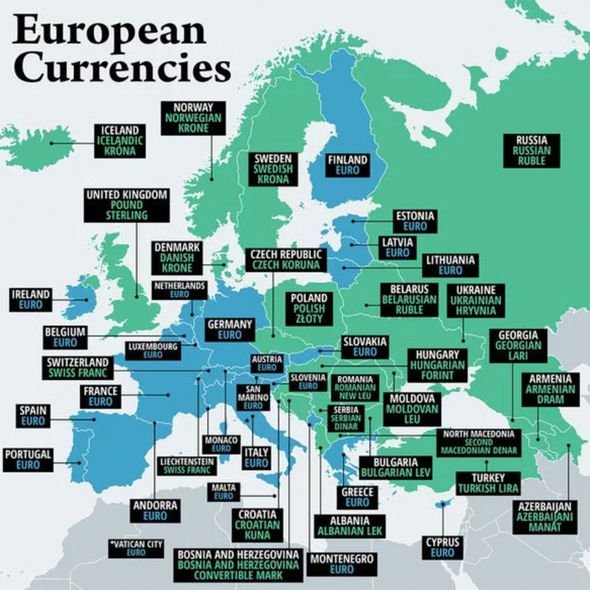 With so many changes going on in the world of politics, it can be hard to stay in the know about when is best to change travel money.

Luckily, there are some other ways tourists can ensure they get the most bang for their buck.

“If you normally spend abroad on debit or credit cards, while the providers get near-perfect rates, most add an up to three percent‘ non-sterling exchange rate fee’ on top – meaning something that costs £100 costs you £103,” Lewis explained.

“Yet specialist overseas credit cards don’t add that fee, so you get the same near-perfect exchange rate as the providers – smashing bureau de change – in every country, every time you go away.

“Just ensure you pay the card off in full each month to minimise the interest.”

Have You Done the Quarantine Travel Challenge?