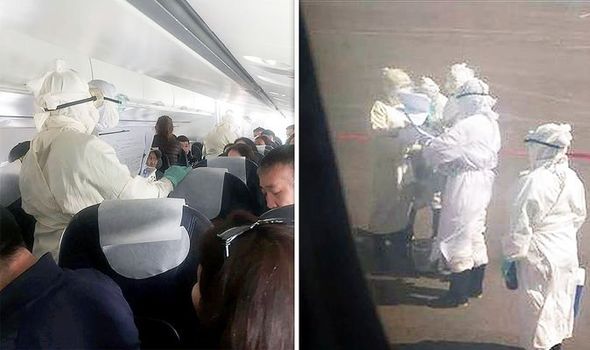 Plane passengers were met by workers in white anti-contamination suits after fears the flyers had come into contact with a couple who died after contracting bubonic plague. The couple – who leave their four children orphaned – became ill after hunting and eating contaminated marmot, a large species of squirrel, in Mongolia. Bubonic plague is a highly contagious bacterial disease which is spread by fleas which live on wild rodents. The plague can kill an adult in less than 24 hours if not treated in time, according to the World Health Organisation.

Urgent measures were put into place after the man, 38 – named only as Citizen T – and his pregnant wife, 37, died in April.

To prevent the infection spreading, around 158 people believed to have come into contact directly or indirectly with the couple were put under medical supervision.

Dramatic images show emergency paramedic staff in anti-contamination suits on a landed flight from Bayan, Ulgii and Khovd, Mongolia, to the country’s capital of Ulaanbaatar.

Some of the passengers were examined in a special facility at the airport.

Eleven flyers from the west of Mongolia were immediately sent to the hostel for checks. 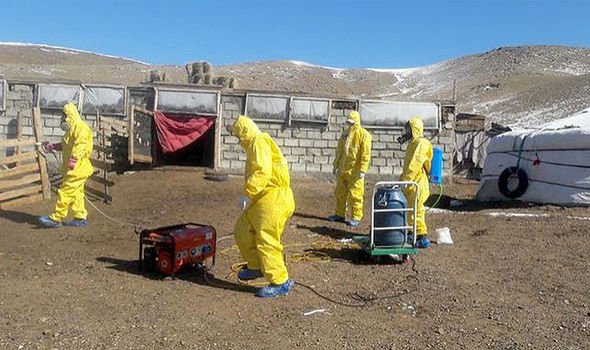 An “indefinite quarantine” period has been declared to prevent it spreading.

Some foreign tourists have reportedly been left stranded in Mongolia after some frontier checkpoints with Russia were closed.

“He ate the meat and gave it to his wife, and they died because the plague affected his stomach. Four children are orphaned.”

According to the centres for Disease Control and Prevention (CDC) the symptoms of bubonic plague are as follows: “Patients develop sudden onset of fever, headache, chills, and weakness and one or more swollen, tender and painful lymph nodes (called buboes). 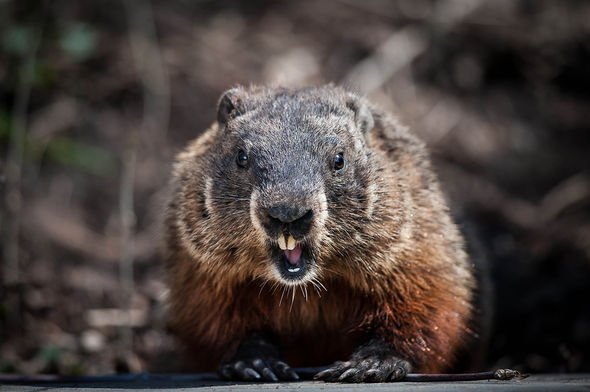 “This form usually results from the bite of an infected flea. The bacteria multiply in the lymph node closest to where the bacteria entered the human body.

“If the patient is not treated with the appropriate antibiotics, the bacteria can spread to other parts of the body.”

Bubonic plague is believed to be the cause of the Black Death which killed an estimated 50 million people after spreading through Asia, Europe and Africa in the 14th century.

The disease is now treatable with antibiotics but hundreds of people have died of it around the world in recent years.

In further travel news, a cruise ship in St. Lucia was quarantined earlier this week after medical officers are said to have received reports of a passenger with measles on board.

Flight forced to divert after ‘suspicious’ mobile phone found onboard

Get moving in Tassie ·